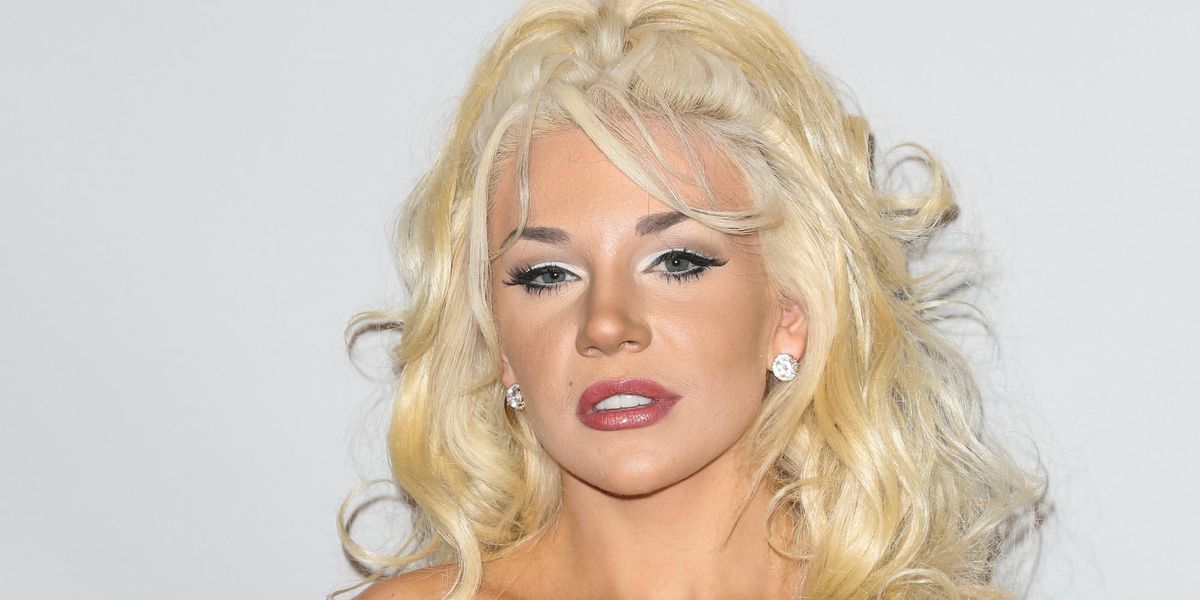 Reality show personality Courtney Stodden announced on social media that she was identifying as “nonbinary,” and did not identify as a woman anymore.

The model and social media influencer said in the Instagram post that her preferred pronouns were “They/them/theirs.”

They/them/theirs. I don’t Identify as she or her. I’ve never felt like I ever fit in anywhere. I was bullied horrib… https://t.co/5HbmzhxDqF

“I don’t Identify as she or her. I’ve never felt like I ever fit in anywhere,” Stodden explained.

“I was bullied horribly in school because I was different. The other girls never understood me. It got so bad that my mom pulled me out of school. And still, i don’t fit in. I never really connected with anyone my age,” Stodden added.

“My spirit is fluid with a kaleidoscope of color,” the 26-year-old concluded.

A nonbinary person is one who has no official gender designation and rejects the traditional male/female gender dichotomy.

I love all genderless angels with my entire heart. #nonbinary

“I love all genderless angels with my entire heart,” Stodden tweeted after her announcement.

Stodden went on to explain the announcement in a statement to Variety.

“I’m excited to begin to truly start expressing myself without worry of others’ judgments or opinions,” the actress wrote. “I’ve lived too long hiding from who I really am. I’m so excited for everyone to see my true self creatively and spiritually.”

Stodden first made headlines in 2011 when she married Doug Hutchison, a 51-year-old Hollywood actor, when she was only 16 years old. Her mother signed off on the controversial relationship after citing his Christian faith. The couple divorced two and a half years later, reconciled, but divorced again in 2020.

Stodden later claimed that Hutchison continued to court teenagers after their relationship ended, an accusation he denied. In a comment to TheBlaze in 2020, Stodden called Hutchison a “sociopath.”