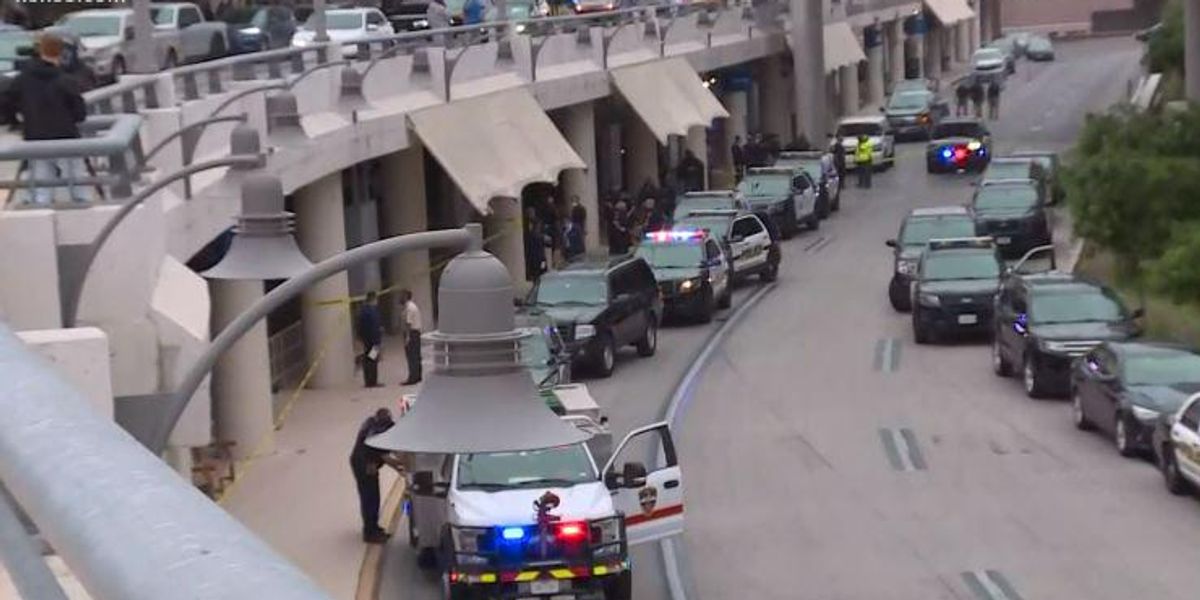 Police say an officer shot and killed a suspect they said began “shooting indiscriminately” at people outside the San Antonio International Airport on Thursday.

San Antonio Police Chief William McManus said during a media conference that they had received a call at around 2:30 of a man driving the wrong way on the lower level terminal roadway at the airport.

As the vehicle approached Terminal B, a San Antonio Park Police officer stepped into the road in front of the car. The man then stopped his car, exited the vehicle, and began shooting toward the officer and in other directions.

The officer returned fire, hitting the suspect, described as a man in his 40s, who was transported to a hospital where he was pronounced dead.

“The officer who stopped this saved a lot of lives,” the chief continued, saying that the suspect “had a full box of ammunition, he had a .45 caliber handgun that he was shooting in the direction of the terminal, and behind him, indiscriminately. So we were very lucky today not to have a lot of people injured or killed.”

The officer who stopped the gunman is an 11-year veteran of the San Antonio Park Police. No one else was injured in the incident, with the exception of someone sustaining a sprained ankle.

According to KHOU-TV, airport officials said at around 5:45 p.m. that all terminals at San Antonio International had been fully reopened after some were temporarily shut down due to the incident.

ABC News reported that San Antonio police believe the suspect who opened fire at the airport was the same individual who had been firing at people from a highway overpass in San Antonio at around 10:30 a.m. the same day, saying the man fit the description.

The outlet added that “police said they were familiar with the shooter and that he had mental health issues.”

Trans-Obsessed NY Times Again Lies About Culture War ‘Waged Largely by Republicans’
UMass Amherst students suspended for not wearing a mask OFF CAMPUS
More than 15,000 gas stations ran out of fuel in just a few days after Colonial Pipeline cyberattack: Are you prepared for the “big one?”
DEVELOPING: 9 People Injured in Providence, Rhode Island Shooting – Suspects at Large
The Fringe With Megan Fox, Episode 58: I’ll Back the Blue When They Back the Constitution