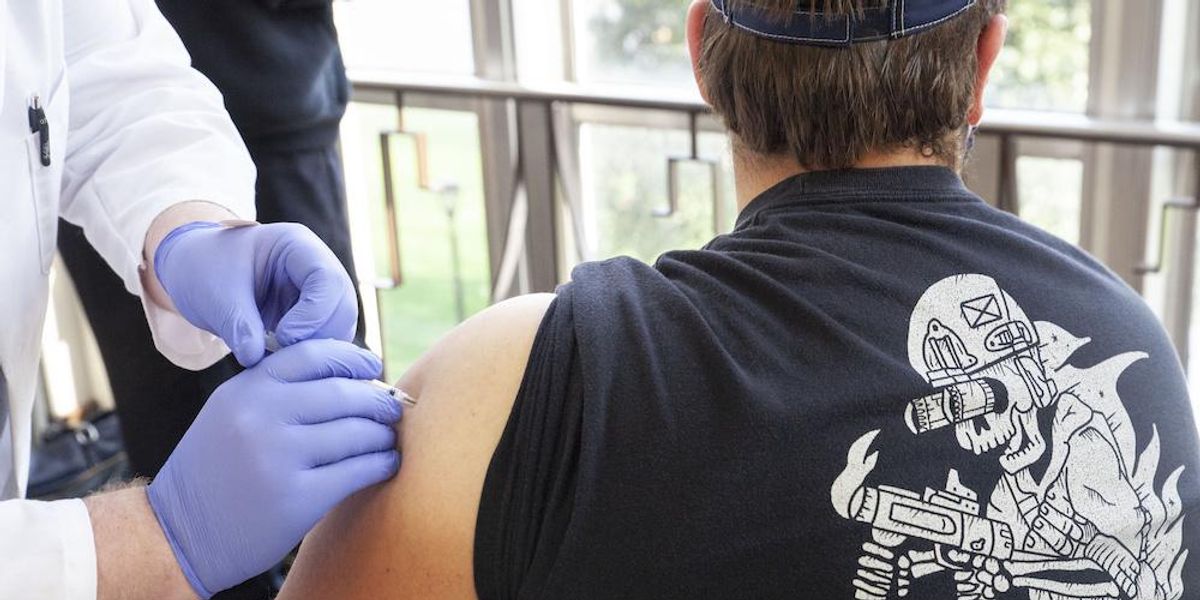 As concern among health experts and government leaders continues to grow over vaccine hesitancy among large groups of Americans — particularly younger citizens — officials are searching for ways to convince people to line up for the shots.

The governor of West Virginia this week revealed his idea for getting younger Americans to sign up to get vaccinated: pay them.

Why and how is the governor doing this?

Polling of various demographics has repeatedly shown that some groups are far more likely to express vaccine hesitancy than others. For example, a recent Morning Consult survey found that Republicans (42%) are significantly more hesitant and unwilling to get shots than Democrats (21%); women (38%) more than men (30%); blacks (48%) more than Hispanics (38%) and whites (32%); and non-college-educated (41%) more than college graduates (21%).

When broken down by age, younger Americans — ages 18-34 — are the least likely to get vaccinated, according to polling. Their position isn’t surprising considering that younger people who get COVID infections are unlikely to suffer any severe symptoms or consequences.

With that group in mind, West Virginia Gov. Jim Justice (R) announced Monday that the state will be giving a $100 savings bond to any West Virginian ages 16-35 who gets a COVID vaccine, WVNews reported.

The initiative, Justice said, would cost about $27.5 million and would be financed with federal COVID stimulus funding. If there are not enough bonds, according to WVNews, the state will hand out cash instead.

The governor told reporters his plan had been “vetted every way in the world,” WVNews said, adding, “I’m telling you, West Virginia, it’s time to shut this thing down” — unless Mountaineers want the virus to “linger forever.”

Justice said the $27.5 million plan “would be the best money ever spent, like you can’t imagine” and that if younger West Virginians “step up in masses, we’ll be done, and we’ll be done soon” with the coronavirus.

And the money won’t go to just those who have held out on getting vaccinated: Anyone in the age group who has received the shots will also be able to claim a savings bond.

Scores of U.S. troops still aren’t vaccinated for COVID-19; are we going to have a viable military left by the end of winter?
Irony: Rolling Stones Drop ‘Brown Sugar’ from ‘No Filter’ Tour
Corporate Media Is Denying Anything Is Amiss at Southwest Airlines, But Is Atlas Shrugging?
Bill Clinton hospitalized for a non-COVID related infection in California
China’s Newly Elected U.N. Torture Committee ‘Expert’ Is an Evangelist for ‘Xi Jinping Thought’