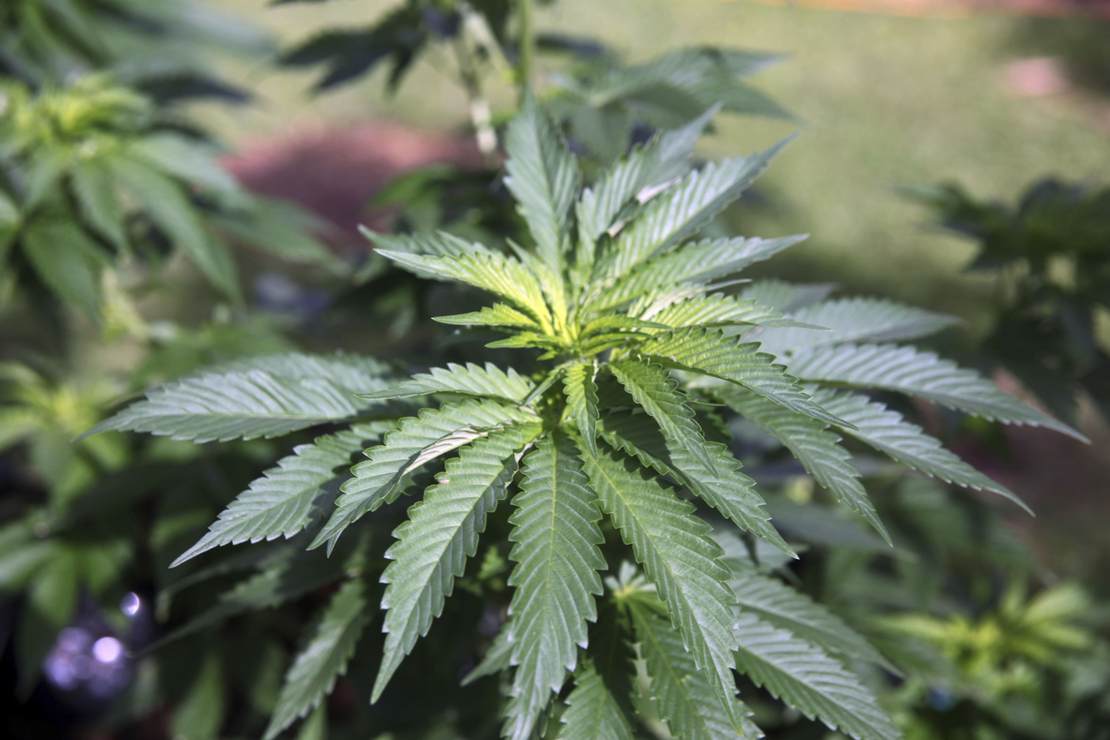 I made a rookie mistake. There’s no excuse for it. A few weeks ago I wrote this ridiculously optimistic article about the new marijuana laws in New York written and passed by Democrats. I complimented them, and at the time I thought to myself, “Self, why are you doing this? You know Democrats never act in anyone’s best interest but only enact legislation that will enrich themselves and their cronies.”

But I made a catastrophic mistake and ignored that voice and only read the New York Times and the Washington Post summaries of the bill and did not read the 198-page bill myself. I have since remedied that and what I found is an absolute horror for humanity. But before I get to that, I need to apologize to you for writing that garbage. It’s a real low point in my career and my self-esteem has taken a hit. Live and learn. Democrats are never to be trusted. How do I not know this by now?

In my defense, I was overly excited that the archaic marijuana policies were overturned. I’ve never been a fan of marijuana prohibition for all the reasons I listed in the poorly executed article referenced above. But in reading through the text of the actual bill, the problems with the legislation are so glaring and so concerning I did three hours on Syracuse radio (WSYR-AM) discussing it. I’ll put the broadcasts at the bottom of this article if you would like to hear me talk about this issue with libertarian Larry Sharpe and others in New York who have expertise in these types of laws.

1. Creation of unending and oppressive bureaucracies

You don’t even get to page six before finding the multitude of new boards and offices created by this monstrous law (which should have only consisted of one sentence that said something like “marijuana is a plant that grows in the ground naturally on Earth and shall no longer be classified as a controlled substance”) rather than 198 pages creating new boards of overlords to manage our every move.

Article 2 establishes a “New York State Cannabis Control Board,” which then can establish an office of “cannabis management.” This section also creates a state “cannabis advisory board,” which is separate from the control board. These boards are necessary for whatever political royalty wants to control them and all the perks that go with having your very own flunky on a state board.

Well, it’s important that the governor has his toadies on the “control board,” of course. What would we do without the governor’s mouthpieces running things? And this board is given the most amazing power over the individuals who invest in the cannabis business, which we will get to later, but it will outrage you. Wait for it.

Like all political appointments, these will be no exception to opportunities for graft and theft from taxpayers. On page eight we find out that “each member of the board shall be entitled to their expenses actually and necessarily incurred by them in the performance of their duties.” I guarantee they will find ways to eat lobster while doing their “duties.” I may have to start submitting FOIAs every month for these expense reports, just for fun.

They say that this bill is supposed to make up for all the unjust marijuana laws and decriminalize everything surrounding the distribution of weed. It actually does the opposite. This bill creates more laws that people will either break on accident or will break intentionally because it’s so convoluted. A marketing slogan the state of New York could use for this pile of garbage is “destroying more lives by governmental penalties than ever before!”

The board discussed above will have “discretion to issue or refuse to issue any registration, license or permit” and the licensing process is absurdly expensive and burdensome. According to Larry Sharpe, who also read this bill in detail, the permit application fees alone are over $200,000. The rules are so onerous that in order to do it properly, you’re going to have to hire an expert to help you through the process, to the tune of $10,000 or more. The politicians who sold us this thing said they were offering opportunities to minority communities affected by unjust laws. How many of them have $200,000 lying around?

The law also regulates small businesses so severely that it mandates what kinds of signs they can hang in their dispensaries, if at all. Not only is the government going to tell them how to decorate, but they also want them to hire a diverse staff, which could be a problem in rural New York, where much of the farming will be done. There is also an onerous seed-to-store tracking requirement that sounds like a logistical nightmare. Every single seed that a farmer plants must be tracked from the time it is planted until it is sold in a dispensary. And if you don’t do all of this exactly right, the governor’s “board” can pull your license that you paid $200k for.

On page 10 it says that the board, full of political hacks, has the “sole discretion to revoke, cancel or suspend for cause any registration, license, or permit issued..or to impose a civil penalty” on a business owner. Anyone who thinks that won’t be abused for political reasons or just reasons of ineptitude is smoking some seriously strong ganja.

This board also has subpoena power! “To hold hearings, subpoena witnesses, compel their attendance, administer oaths, to examine any person under oath,” is written right on the same page. This unelected board sure has a lot of power that the governed never consented to.

Perhaps the most egregious thing in this bill is the creation of a new law enforcement goon squad I call “Pot Cops.” These should not be confused with Hot Cops, of which I highly approve. Pot Cops can bust down your door without a warrant and burn all your stuff. Don’t believe me? Page eleven goes into the details of the new goon squad that will be appointed by the unelected political board of Governor Cuomo’s yes men. They have the power “To appoint any necessary…deputies…investigators,” who will also have immunity according to the law. This means that no matter what they do to you they cannot be sued. Their job is “enforcement” of the board’s edicts and they will have “all the power set forth in section 2.20 of the criminal procedure law.” Worse, the standard of evidence will not be the criminal standard of “innocent unless proven guilty” but will be a preponderance of evidence, which means the board has the discretion to say you did it if they think you did it and not based on any evidence. Sounds wonderful.

Here’s the part where they don’t need a warrant to kick in your door. Section eight on page eleven gives the Pot Cops power “to inspect…at any time of any premises where medical cannabis, adult-use cannabis or cannabinoid hemp and hemp extract is cultivated, processed, stored, distributed or sold.” Any time. What that means is that at 2 a.m. you are going to be woken up by the Pot Cops kicking in your door to do an inspection. I wonder if they’ll be issued guns. If you’re going into the pot business I would recommend giving away any family pets before the goon squad comes breaking down your door. They don’t like animals getting in the way of their raids.

In addition to entering your establishment with no warrants, they have given themselves the privilege of destroying your private property and seizing it without a warrant too: “The board may be directed to order the administrative seizure of product.” They’ve been doing it in California for years. First, they make the product too expensive, with taxes ensuring that the black market thrives, and then they burn the product in the black market, making marijuana inaccessible to the same people they claim to be helping. The attorney general is also mentioned in the bill as the person who will prosecute you when the board determines you should be charged with something.

It sure doesn’t sound like a reduction in the policing of marijuana crimes to me. They’ve simply created new ones.

In order to cover up the fact that the state of New York has made legally getting into the pot business almost impossible through financial and red tape obstacles, they’ve decided to offer low-income minority applicants loans for the permit fees that are around $200,000. Where have I heard this before? Oh, right. The housing crash of 2008. Remember when the government decided that minorities needed to buy houses? In an effort to make that happen they offered a bunch of low-interest loans to people who would normally not qualify for them. That led to a total collapse of the housing market and put a bunch of people into debt they should never have had in the first place. They’re doing it again.

Let’s say that some minority applicants get the loans and make it through the absurdly difficult process and get licensed. Now they have to run a business. Are they qualified to do so? Do they know how? Are they equipped for such an endeavor and is anyone going to ask that before handing out the money? Entrepreneurship is hard. It’s not for everyone and if you hand out business loans to people based solely on race, you should have your head checked. Loans should only be offered to those who show an ability to pay them back, without regard to race.

This bill ensures that the only people who will get into the pot business in New York are the huge companies that have legal teams and the financial firepower to navigate all the bureaucratic baloney. The little guy, the one they claim they wrote the bill for, the downtrodden, the minorities affected by unjust laws, well….they’re screwed. Again. This bill is a joke. New York Democrats are the worst people on earth and I’m sorry I gave them even one sentence of appreciation. They only deserve ridicule and mockery.

To hear my three-hour show on this topic on the air tune in below.

GOP Hispanic Community Centers Are a Step in the Right Direction
Suspicious Timing in Richmond
Chris Wallace Commends Jen Psaki: ‘One of the Best Press Secretaries Ever’
Biden released more than 16,000 covid-positive illegals into U.S., says ICE
Howard Stern: Once a Rebel, Now a Bitter and Obedient Tool