Leave it to a punk rocker to be contrarian, but Johnny Rotten thinks woke lefties are “Pretty Vacant.” The legendary front man for The Sex Pistols and Public Image Limited isn’t having any of the virtue signaling and cancel culture sweeping America and Britain. 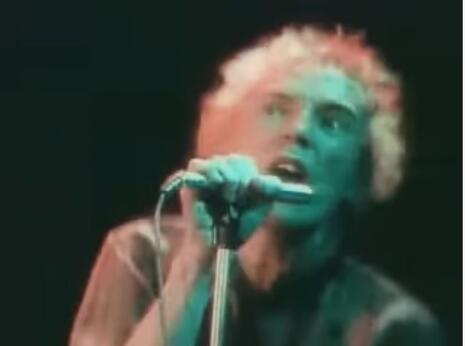 According to the New York Post, Johnny Lydon (Rotten’s real name) told the Times of London young progressives are selfish and “aren’t really genuinely disenfranchised at all.”

“They just view themselves as special. It’s selfishness and in that respect,” he said. “I can’t believe that TV stations give some of these lunatics the space.”

Bracing! But the “Bodies” (the original anti-abortion rock song) singer wasn’t done. He skewered the holier than thou nature of the modern left:

“Where is this ‘moral majority’ nonsense coming from when they’re basically the ones doing all the wrong for being so bloody judgmental and vicious against anybody that doesn’t go with the current popular opinion?” he asked. “It’s just horribly, horribly tempestuous spoilt children coming out of colleges and universities with s- -t for brains.”

And get this: he’s standing up for actual history, in the form of statues the young taliban want to erase from Britain — specifically Winston Churchill. “This man saved Britain,” Lydon said, and anyone who claims to care about racism and hatred should understand what that means:

“We are not walking up and down the high street with jackboots and helmets because of that man,” Lydon said. “The Nazis were the biggest race haters of all, ever, in the history of the planet so thank you again, Winston.”

16 American missionaries kidnapped by gang in Haiti, Ohio-based Christian ministry says
TikTok person wants to control speech by removing another word from English language
HORROR: Woman Raped by Stranger on Train in Suburban Philadelphia as Bystanders Did Nothing
Intense video captures the moment a homeless man tried to kidnap a 3-year-old from her grandmother in the Bronx
Democrats Normalized Questioning the Legitimacy of Elections