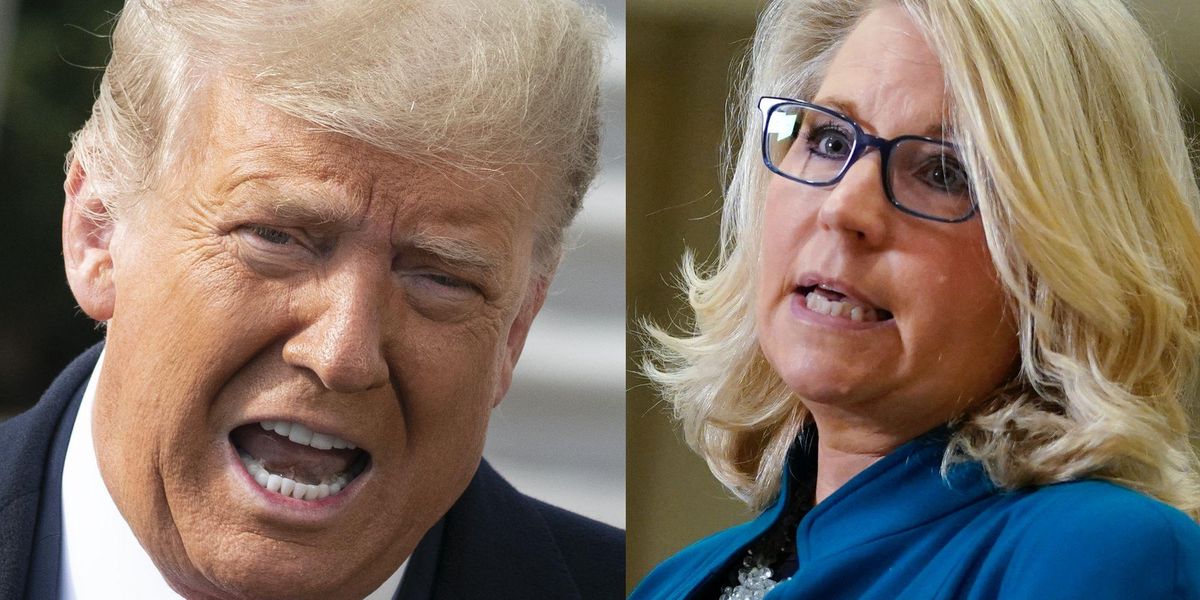 “Liz Cheney is polling sooo low in Wyoming, and has sooo little support, even from the Wyoming Republican Party, that she is looking for a way out of her Congressional race. Based on all polling, there is no way she can win,” Trump claimed.

“She’ll either be yet another lobbyist or maybe embarrass her family by running for President, in order to save face,” he added. “This warmongering fool wants to stay in the Middle East and Afghanistan for another 19 years, but doesn’t consider the big picture—Russia and China!”

Trump’s statement might have been in response to Cheney’s comments to the New York Post about the possibility of her running for president in 2024.

“I’m not ruling anything in or out — ever is a long time,” said Cheney on Monday.

She also went on to say that any politician who supported the effort to overturn the 2020 election should be disqualified from running for president because they violated their oath to support the Constitution.

“I do think that some of our candidates who led the charge, particularly the senators who led the unconstitutional charge, not to certify the election, you know, in my view that’s disqualifying,” said Cheney.

“I think that adherence to the Constitution, adherence to your oath has got to be at the top of the list. So, I think, you know that certainly will be a factor that I’m looking at,” she added.

Cheney previously earned the ire of the former president when she was among the few Republicans in the House of Representatives to vote to impeach him the second time on a charge of inciting an insurrection.

“The President of the United States summoned this mob, assembled the mob, and lit the flame of this attack,” said Cheney at the time.

“Everything that followed was his doing. None of this would have happened without the President,” she continued. “The President could have immediately and forcefully intervened to stop the violence. He did not.”

She later went on to say that she wouldn’t vote for Trump if he decided to run for president against in 2024.

Here’s more about the infighting in the Republican party: