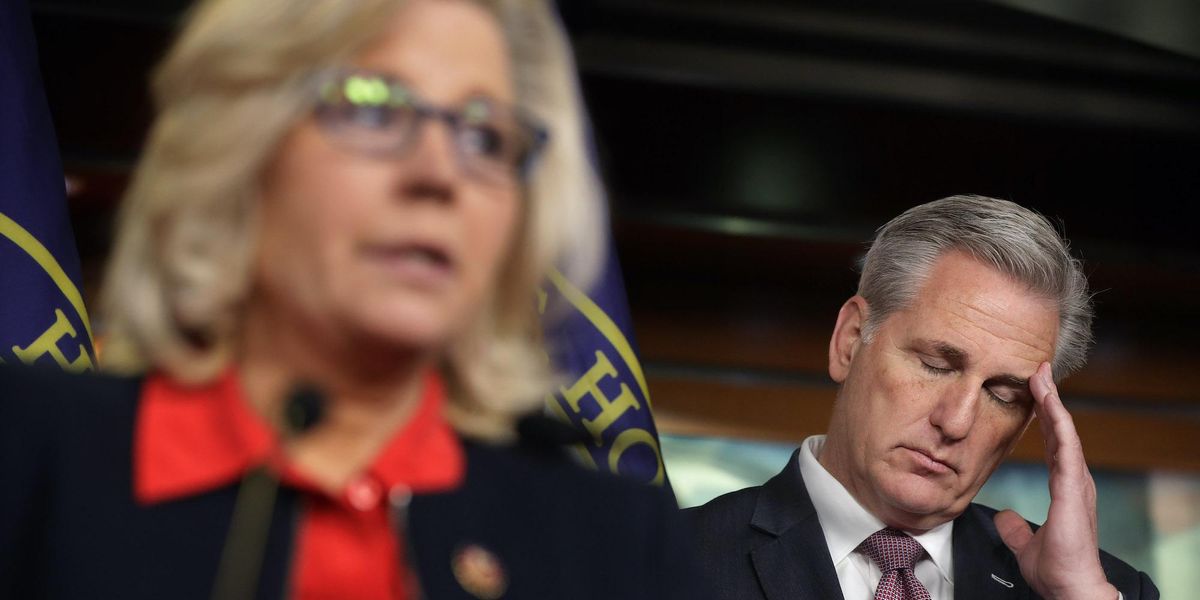 Allies of House Minority Leader Kevin McCarthy (R-Calif.) said that enough Republicans are fed up with Republican Conference Chairwoman Liz Cheney (Wyo.) and she will likely lose her leadership position by the end of the month.

“There is no way that Liz will be conference chair by month’s end,” a McCarthy ally told The Hill on Monday.

“When there is a vote, it won’t be a long conference,” they added, “it will be fast. Everyone knows the outcome.”

Cheney, the No. 3 Republican in the House, has been at odds with the wing of the Republican Party that enthusiastically supports former President Donald Trump. She is one of the most vocal critics of the former president and his claims of a fraudulent election. She also was one of only 10 Republicans to vote for the second impeachment of Trump over the charge of incitement of insurrection in the Jan. 6 riot at the U.S. Capitol.

The 2020 presidential election was not stolen. Anyone who claims it was is spreading THE BIG LIE, turning their bac… https://t.co/kMmjACP0xg

“The 2020 presidential election was not stolen. Anyone who claims it was is spreading THE BIG LIE, turning their back on the rule of law, and poisoning our democratic system,” tweeted Cheney on Monday.

Another McCarthy ally told The Hill that Cheney is upsetting many members of the party.

“This is a broad range of lawmakers who have had it with her,” the other source said to The Hill. “She’s a liability, and McCarthy’s as fed up as the rest of us that she is focused on the past rather than winning back the House.”

The Hill reported that those frustrated with Cheney are upset that she keeps challenging McCarthy as well.

The sentiment that Cheney was on her way out of leadership was echoed by Rep. Lance Gooden of Texas on Saturday.

Liz Cheney has promised she will campaign on impeaching Trump ‘every day of the week.’

“PREDICTION: she’ll be out of her GOP leadership role by month’s end!” tweeted Gooden.

Trump responded Monday to Cheney’s tweet with a statement mocking her chances of re-election.

“Heartwarming to read new polls on big-shot warmonger Liz Cheney of the great State of Wyoming,” Trump said. “She is so low that her only chance would be if vast numbers of people run against her which, hopefully, won’t happen. They never liked her much, but I say she’ll never run in a Wyoming election again!”

Cheney has already survived one campaign by pro-Trump Republican lawmakers to oust her from leadership in February.

Here’s more about the GOP turning on Cheney:

President Biden gets blasted for new ‘rule’ on COVID-19 vaccinations and masks: ‘Kindly, screw off’
On Guns, New York City Wants It Both Ways
Here’s Why I Won’t Be Using Your Preferred Pronouns
Israeli actress Gal Gadot issues statement calling for peace and anti-Israel activists melt down
Democratic Rep. Cori Bush praises BLM activist who called for death of cops and popularized the ‘Fry ’em like bacon’ chant