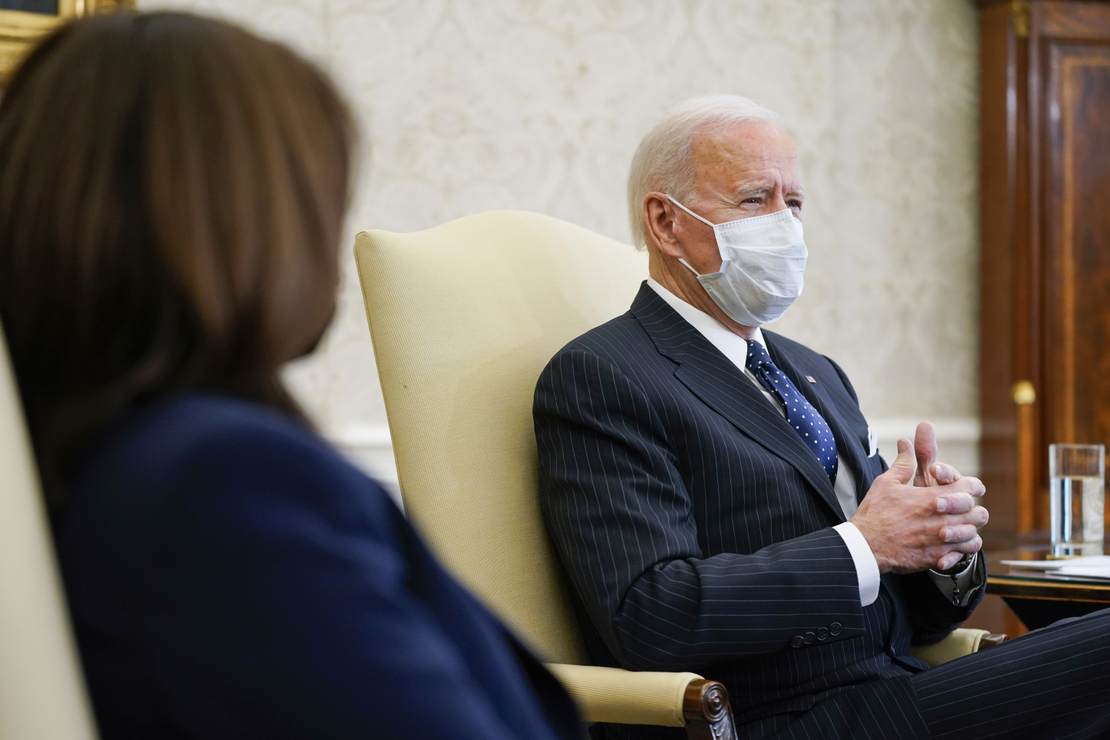 Last year, both Joe Biden and Kamala Harris raised doubts about the safety and efficacy of the vaccines we’d get from Operation Warp Speed. “As we enter the height of election season, President Trump should assure us all that the White House will respect the independent authority of the Food and Drug Administration (FDA) to decide, free from political pressure, if the vaccine is safe and effective,” Biden said in a statement in July.

In an interview with CNN a couple of months later, Kamala Harris also cast doubt on a potential vaccine for COVID-19. When asked by Dana Bash whether she trusted the efficacy of the vaccine. Kamala Harris basically said she didn’t.

“If past is prologue, then they will not. They’ll be muzzled, they’ll be suppressed, they will be sidelined,” Harris claimed, without evidence. “Because he’s looking at an election coming up in less than sixty days, and he’s grasping for whatever he can get to pretend that he’s been a leader on this issue when he’s not.”

Given the opportunity to say whether she would take the vaccine if it were made available before the election, Harris hesitated.

“Well, I think that’s going to be an issue for all of us. Ummm, I will say that I would not trust Donald Trump and it would have to be a credible source of information that talks about, ummm, the ummm, efficacy and the reliability of whatever he’s talking about. I will not take his word for it.”

Fast-forward to April 2021, six people out of 6.8 million who had received the one-dose Johnson & Johnson vaccine experience severe blood clotting.

The decision to pause the J&J vaccine rollout made little sense and was slammed by governors. Dr. Fauci predictably defended the decision, even though from a statistical perspective the risk was incredibly small—smaller than the risk of catching COVID and dying from it.

As expected, trust in the Johnson & Johnson vaccine plummeted and the same administration trying to combat vaccination hesitancy literally created an environment where more people don’t trust the safety of a very important vaccine.

But the Biden administration’s lifting of the pause has done little to restore faith in the vaccine. As President Trump predicted, its “reputation will be permanently challenged.”

And Trump was right. According to a New York Times analysis, doses of the Johnson & Johnson vaccine were rising before the pause, but even after the pause ended, people don’t seem to be interested in taking it.

“This was predictable but sure looks like no one wants anything to do with the J&J vaccine, even with the pause lifted,” noted Nate Silver on Twitter.

This was predictable but sure looks like no one wants anything to do with the J&J vaccine, even with the pause lifted.https://t.co/KzISbdszCc pic.twitter.com/TEBRpxSYL7

As the above graph shows, the Johnson & Johnson vaccine isn’t exactly making a comeback. Vaccine doses overall appear to be going trending downward—and that’s not because we’re close to full vaccination yet. As of Monday, approximately 105 million people have been fully vaccinated—more than 40 percent of the population of vaccination age.

Here’s Why I Won’t Be Using Your Preferred Pronouns
‘Just stay out of it’: Prince Harry hits out at Joe Rogan over vaccine remarks
Divided We Click: Social Media Is the Scourge of Our Time
Teacher reportedly placed on leave after she was caught on video scolding student for not wearing a mask: ‘You’re a jerk!’
Biden admin reverses Trump rule, will force hospitals to provide sex-change procedures