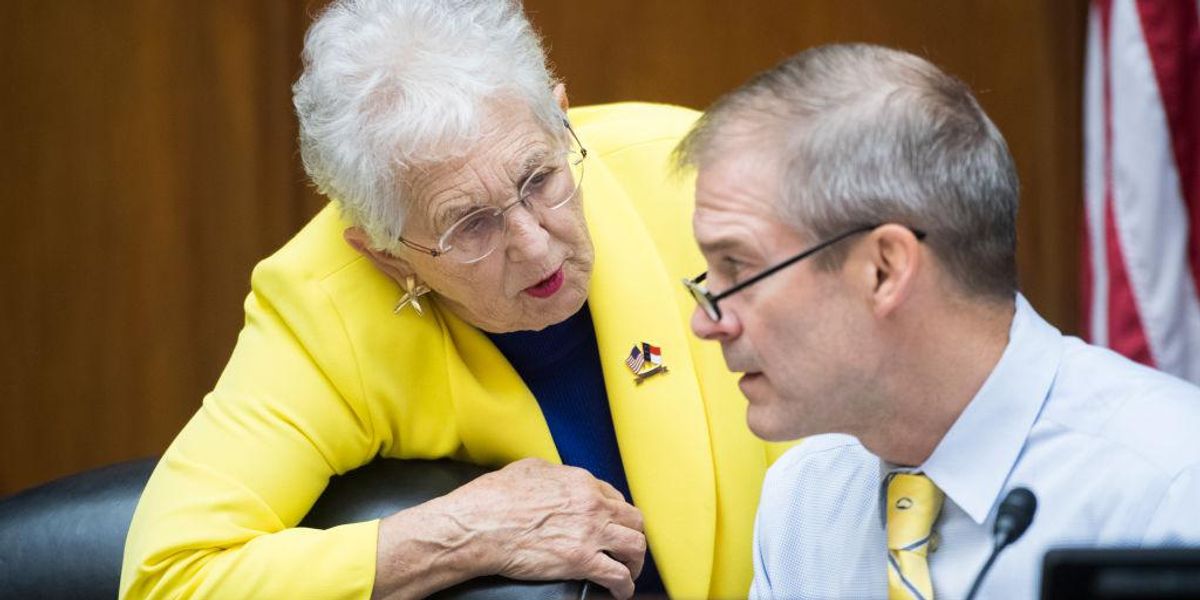 Top Republicans on the House Judiciary and Oversight Committees have called for an investigation into the Centers for Disease Control and Prevention for reportedly having school reopening policies influenced by the nation’s second-largest teachers’ union. House Judiciary Committee Ranking Member Jim Jordan (R-Ohio), House Oversight Committee Ranking Member James Comer (R-Ky.), and House Education and Labor Committee ranking member Virginia Foxx (R-N.C.) claimed that the alleged “political interference has resulted in months-long delays in the reopening of schools to the detriment of American children.”

The House Republicans fired off a letter to CDC director Rochelle Walensky on Wednesday demanding to know how much influence the American Federation of Teachers had in the health agency’s guidance on reopening schools across the country, Fox News reported. Walensky previously stated that the school reopening policies were “free from political meddling.” However, conservative watchdog group Americans for Public Trust used the Freedom of Information Act to obtain questionable emails between the powerful teachers’ union and the CDC.

“The documents show a flurry of activity between CDC Director Dr. Rochelle Walensky, her top advisors and union officials — with Biden brass being looped in at the White House — in the days before the highly-anticipated Feb. 12 announcement on school-reopening guidelines,” wrote the New York Post, which originally published the potentially damning report earlier this month.

The teachers’ union was labeled as the CDC’s “thought partner.”

“Thank you again for Friday’s rich discussion about forthcoming CDC guidance and for your openness to the suggestions made by our president, Randi Weingarten, and the AFT,” wrote American Federation of Teachers senior director for health issues Kelly Trautner in a Feb. 1 email. “We were able to review a copy of the draft guidance document over the weekend and were able to provide some initial feedback to several staff this morning about possible ways to strengthen the document. … We believe our experiences on the ground can inform and enrich thinking around what is practicable and prudent in future guidance documents.”

House Republicans want to know how much influence the AFT, which donated nearly $20 million to Democrats during the 2020 election, had on the CDC’s recommendations for school reopening for in-person education. The Republicans claim that “the recently released emails reportedly show that the CDC has been taking its cues from teachers’ unions instead of following the science.”

“This interference also violates President Biden’s stated intention to ‘be led by health and medical experts’ and his promise to open ‘a majority of K-8 schools . . . in [the BidenAdministration’s first] 100 days,'” the letter reads.

“The CDC has since acknowledged that it provided the AFT and other special interest unions, like the National Education Association, with nonpublic, draft copies of the guidance for their feedback,” the Republican lawmakers wrote. “These unions took advantage of their special access, with some AFT requests being incorporated into the CDC’s guidance nearly word for word. Instead of working towards re-opening schools safely, these emails reportedly show that the CDC was ‘commit[ed] to partnership’ with the AFT to ‘earn [their] confidence.'”

“Changes to the CDC guidance made at the request of the AFT appear to depart from the established science, which the CDC and Biden Administration claim to follow,” the letter states. “Your political obedience to Democrat-aligned special interest groups ahead of our Nation’s children breaks both of these promises.”

The CDC defended its working relationship with the AFT.

“As part of long-standing best practices, CDC has traditionally engaged with organizations and groups that are impacted by guidance and recommendations issued by the agency,” a spokesman for Walensky said. “We do so to ensure our recommendations are feasible to implement and they adequately address the safety and wellbeing of individuals the guidance is aimed to protect. These informative and helpful interactions often result in beneficial feedback that we consider in our final revisions to ensure clarity and usability.”

AFT spokeswoman Oriana Korin added, “The AFT represents 1.7 million educators, healthcare professionals and public employees who spent the last 14 months serving on the front lines of the COVID-19 pandemic. So naturally, we have been in regular touch with the agencies setting policy that affect their work and lives, including the CDC.”

On Thursday, AFT president Randi Weingarten called for all public schools to fully return to in-person learning in the fall.

“There is no doubt: Schools must be open,” Weingarten said. “Given current circumstances, nothing should stand in the way of fully reopening our public schools this fall and keeping them open. The United States will not be fully back until we are fully back in school. And my union is all in.”

Rep. Jim Jordan has been consistent in calling for schools to reopen for in-person education since last year.

“Schools must reopen this fall,” Jordan demanded last July. “If a district doesn’t reopen, parents should have a choice to send their kids elsewhere. #SchoolChoice and freedom wins!”

“The CDC says it’s safe to open schools,” the Ohio representative said. “So why does the ‘party of science’ want to keep schools closed?”

“President Biden has done more to open the southern border than American schools,” he tweeted in February.

“Fund the police and the military,” Jordan proclaimed this week. “Defund the teachers’ unions and Dr. Fauci.”