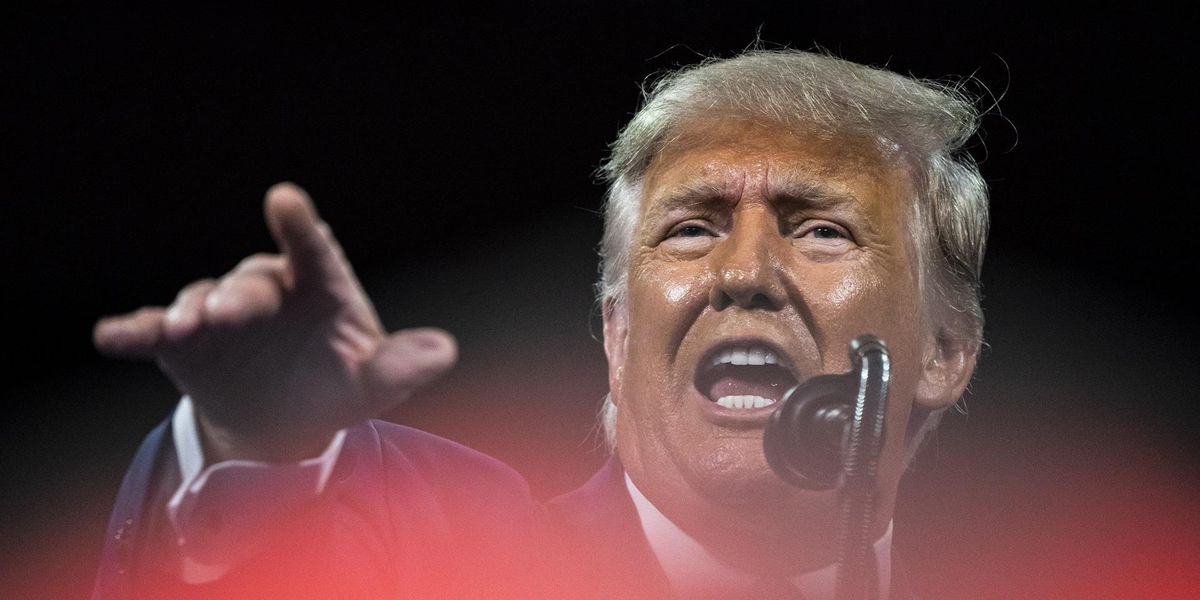 President Donald Trump did not mince words in response to Rep. Chip Roy (R-Texas) confirming that he would challenge Trump-endorsed Rep. Elise Stefanik (R-N.Y.) in a run for House GOP leadership.

Roy told CNN on Thursday that he would throw his hat in the ring to challenge Stefanik, confirming The Daily Caller‘s report from a day before saying he was considering the move. A closed-door vote is set for Friday morning.

“Can’t imagine Republican House Members would go with Chip Roy—he has not done a great job, and will probably be successfully primaried in his own district. I support Elise, by far, over Chip!”

The numbers on tomorrow’s vote will be very interesting. https://t.co/TY5nXXo9S5

Stefanik has been considered the shoo-in replacement for Cheney, since several GOP members — including some from the conservative House Freedom Caucus — expressed their support for the New Yorker. Former President Trump also endorsed Stefanik, who is fiercely loyal to the former president but is one of the most liberal Republicans in Congress when it comes to policy.

Roy, who is also a Freedom Caucus member, wrote a letter to his fellow GOP colleagues earlier this week urging them to pick someone other than Stefanik as the No. 3 in leadership, citing her liberal voting record.

As TheBlaze previously reported, Roy has voted 90% of the time in favor of Trump’s positions, compared to Cheney’s 65% and Stefanik’s 35%.

Unlike Cheney, Roy voted against impeaching Trump, but he did condemn the Jan. 6 attack on the Capitol and urged his fellow members from the House floor not to give in to demands to throw out Electoral College votes from some states as Trump wanted.

“That vote may sign my political death warrant, but so be it,” Roy said, according to Texas Monthly. “I swore an oath to uphold the Constitution of the United States and I will not bend its words into contortions for personal political expediency.”

The Hill reported that conservative groups Club for Growth and FreedomWorks both endorsed Roy, but several GOP members are expected to skip Friday’s vote on who will replace Cheney, saying the decision has been made.

“If anybody doesn’t know who they’re voting for by now, [they should] go to the candidate forum,” Congressman Rodney Davis (R-Ill.) said.

“I think she’s already got enough commitments. And if two-thirds of ’em stick, she’ll be fine,” saying it’s “too little, too late” for Roy, Rep. Tim Burchett (R-Tenn.) added.