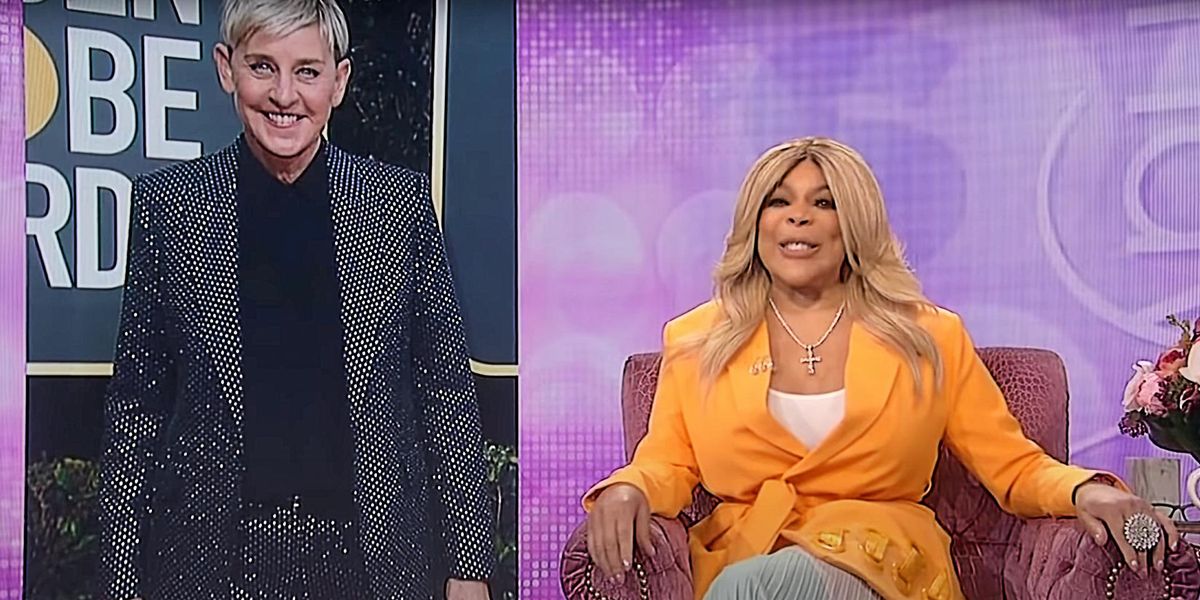 Daytime TV host Wendy Williams said that “The Ellen DeGeneres Show” cancellation was not unexpected because television “exposes you for the person that you really are.”

“The Wendy Williams Show” host said that DeGeneres is leaving not because she felt like retiring, but because of the hostile and toxic workplace claims that surrounded the show over the past year.

During her Thursday “Hot Topics” segment, Williams said, “Nineteen years is a very good run, congratulations to you, Ellen. All you’ve been through all those 19 years, including the workplace conditions, which … by the way, I believe she’s leaving because [of] the workplace conditions. You know? I mean, we all know people who’ve worked there.”

Williams pointed out that during her time as a daytime talk show staple, DeGeneres revealed her true self.

“Here’s the thing, I’m glad that you thanked your ‘Ellen’ fans, or whatever you call your ‘nation.’ But 19 years on TV doesn’t … change your life. It exposes you for the person you really are.”

“I’m not sure all the guests are happy,” Williams added. “I was a guest. I wasn’t happy. … People called me out on it before I was able to say anything about it. I don’t know whether she told her current staff, though. She seems like the type of person who could come out on stage and announce it to everybody.”

Earlier this week, a former producer for DeGeneres’ show recalled the toxic environment to which employees and guests — save for prolific celebrities — were reportedly subjected.

Two-time Emmy Award-winning producer Hedda Muskat told the Australian show “Sunrise” that she believes DeGeneres “duped” her fans and viewers into believing that she is a “nice person.”

“The viewers have spoken,” Muskat said of the show’s cancellation. “Her ratings have been in the toilet for a long, long time now, her show has not been fun, it has not been interesting, and she’s not, really, by the way, stepping down. The viewers fired her.”

Following the reports, DeGeneres told Savannah Guthrie on NBC’s “Today” that she was not concluding the show because of the workplace allegations.

“If I was quitting I would not have come back this year. I really did think about not coming back. It was devastating. I am a kind person. I am a person who likes to make people happy. I just kept saying to Portia [de Rossi, ] if I was a fan of somebody and even if I wasn’t, I would think there must be some truth to it because it’s not stopping,” DeGeneres insisted. “Right on the heels of that, I read in the press that there was a toxic work environment. I had no idea. I never saw anything that would even point to that.”

She also suggested that the allegations could have been “orchestrated.”

“I thought something was going on because it was too orchestrated. It was too coordinated. People get picked on but for four months straight for me,” DeGeneres insisted. “And then for me to read in the press about a toxic workplace environment when all I’ve ever heard from every guest that comes on the show is what a happy atmosphere this is and what a happy place it is.”

CROWDER: Biden’s body language is WEAK and pathetic
Fighting Back: Mike Lindell Launches “MyStore” To Compete With Amazon
Catholic bishops vote to reconsider giving Communion to pro-abortion politicians after debate over Biden
Oregon rancher who led a standoff against the federal gov’t is running for governor of Idaho
New York’s Ranked-Choice Voting Is a Mistake