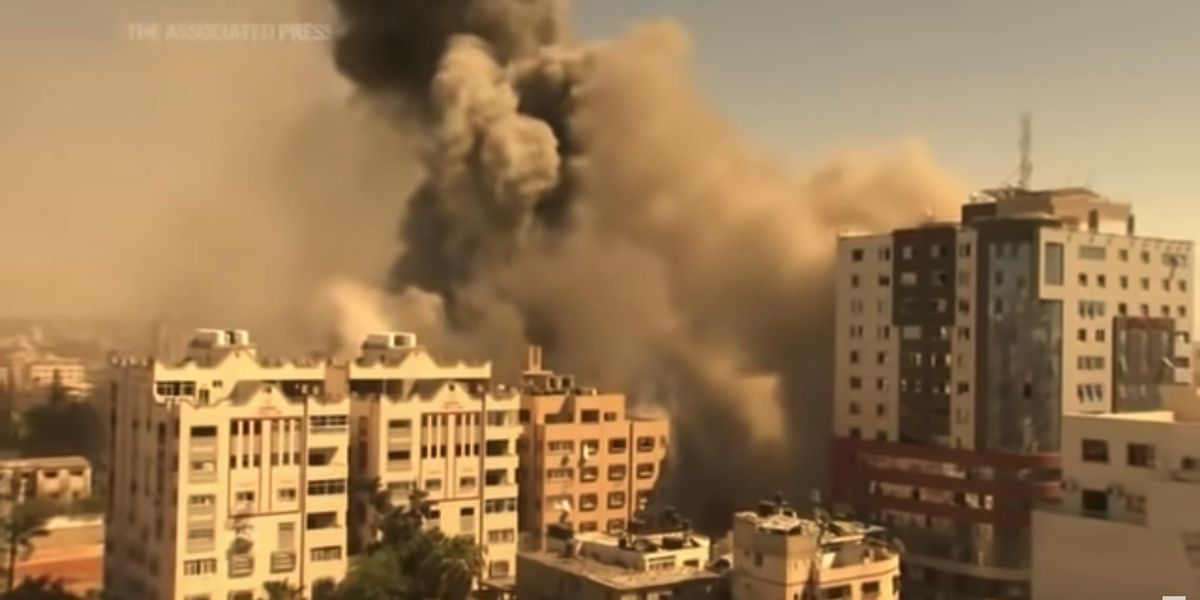 The building that housed the Associated Press’ Gaza City bureau was destroyed by Israeli military forces on Saturday, prompting questions about why the media organization allegedly rented office space in the same building where Israeli officials said Hamas terrorists operated.

According to the Associated Press, Israeli military alerted the high-rise building’s owner on Saturday the building would be imminently destroyed. Within an hour of the warning, three missiles struck and completely destroyed the building.

For 15 years, the AP’s top-floor office and roof terrace were a prime location for covering Israel’s conflicts with Gaza’s Hamas rulers, including wars in 2009 and 2014. The news agency’s camera offered 24-hour live shots as militants’ rockets arched toward Israel and Israeli airstrikes hammered the city and its surrounding area this week.
…
The building also housed the offices of Qatari-run Al-Jazeera TV, as well as residential apartments. The Israeli military said it targeted the building because it contained assets of Hamas intelligence agencies, which it said were using media offices as “human shields.” It did not provide evidence for the claims.

The Israeli Defense Forces said the building was targeted because it housed “Hamas military intelligence assets.”

While journalists expressed outrage over the AP bureau being destroyed, others wanted to know why, as the IDF claimed, the AP shared a building with Hamas terrorists.

“Are we just going to ignore the fact AP and Al Jazeera worked in the same building as Hamas terrorists?” Steve Guest, an adviser to Sen. Ted Cruz (R-Texas), said.

What did the AP say?

AP President and CEO Gary Pruitt said he was “shocked and horrified” by the Israeli airstrike.

“We are shocked and horrified that the Israeli military would target and destroy the building housing AP’s bureau and other news organizations in Gaza,” he said in a statement. “They have long known the location of our bureau and knew journalists were there. We received a warning that the building would be hit.”

“This is an incredibly disturbing development. We narrowly avoided a terrible loss of life. A dozen AP journalists and freelancers were inside the building and thankfully we were able to evacuate them in time,” Pruitt added. “The world will know less about what is happening in Gaza because of what happened today.”