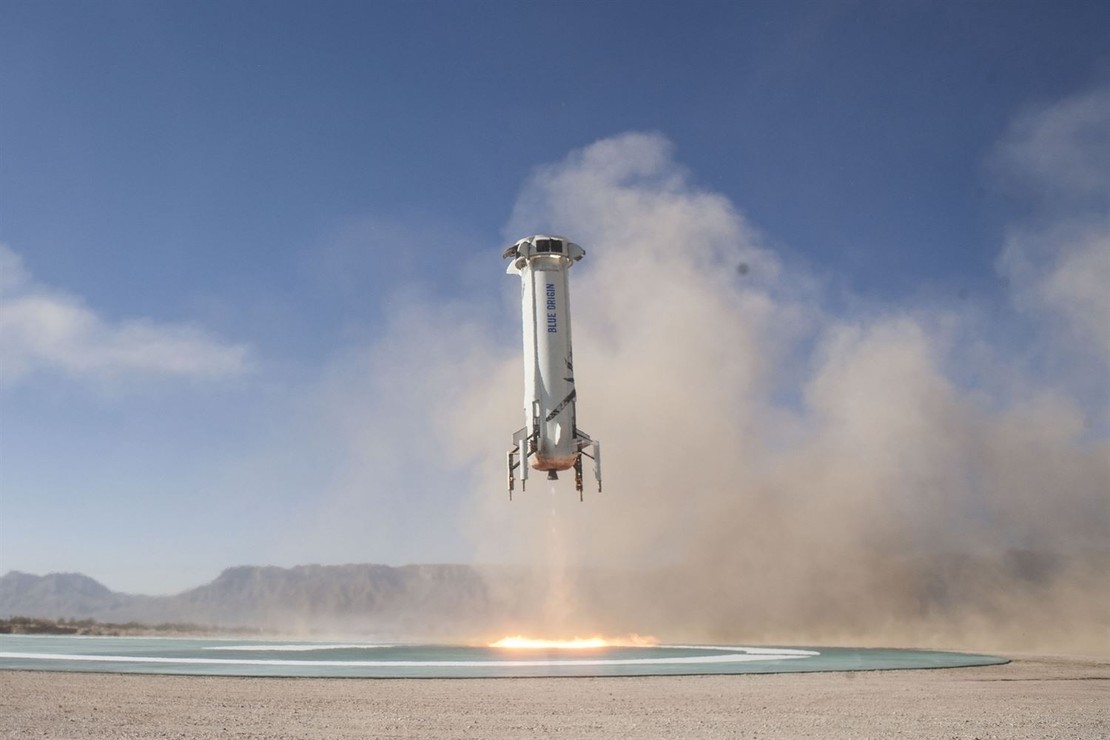 Only in America could multiple individuals try to will themselves into being space powers… except that only one proved able to actually do it.

SpaceX is doing something new and exciting, it seems like almost every week.

Blue Origin has yet to orbit the planet.

The answer might be revealed in Brad Stone’s new book, Amazon Unbound. While Stone only spends a single chapter on Blue Origin, that chapter is revealing.

Bezos began with a two-year head start on Musk, and while SpaceX was barely scraping by in its first few years, Blue Origin enjoyed basically unlimited funding.

Nevertheless, by 2016, it was clear that SpaceX was eating BO’s lunch. While SpaceX was perfecting how to land and recover and re-use first-stage rockets, BO was limited to suborbital test launches. (They still are.)

As a result, Musk was grabbing one lucrative launch contract after another, while BO continued to hemorrhage cash.

That’s probably why in ’16 BO tried to poach SpaceX’s president and chief operating officer, Gwynne Shotwell, according to Stone’s book.

The company desperately needed a CEO — they’d operated since their founding without one — to provide the direction and oversight they were sorely missing.

Their second choice is where the story really gets complicated.

Shotwell is the most successful “NewSpace” executive in the launch business, the kind of forward-thinker who might have turned BO around. But when BO failed to lure her away, the company did something very strange.

I don’t diss OldSpace companies the way many NewSpace enthusiasts do. OldSpace firms got us to the moon and back, have launched nearly all of our interplanetary probes, and without their decades-long skills for putting massive payloads into geostationary orbit, modern communications wouldn’t exist.

The problem with OldSpace, however, is that their sometimes cushy business model prevented innovation — and their partners in government weren’t much interested in innovating, anyway.

When Musk blows up a rocket trying to figure out how to land and reuse the thing, people say, “Cool!” while SpaceX prepares to roll out the next prototype and try again. Politicians aren’t interested in that kind of extravagance, for fear of looking like failures.

That’s what makes BO’s decision to go with Bob Smith such a head-scratcher. Space writer Eric Berger put it this way:

In seeking to compete with SpaceX, Bezos made a mistake with the hiring of Smith as CEO. In filling out his leadership team, Smith brought in people from companies not known for disruption but rather traditional space practices. Many of his senior hires came from Raytheon, Boeing, Lockheed Martin, Northrop Grumman, the aerospace division of Rolls-Royce, and other legacy companies. These leaders, alongside Smith, built a culture of caution rather than deliberate risk-taking in order to move more quickly.

The method at OldSpace was in essence to hand-build the perfect rocket on the first attempt, and iterate very little. The NewSpace method has been to rapidly assemble, rapidly launch, rapidly iterate.

The former method is great for infrequent, can’t-fail, prestige launches like Apollo 11 or the latest Keyhole spy satellite.

The latter method is great for bringing costs down while increasing launch volume — dramatically, in both cases. While Bezos is complaining that SpaceX is getting “paid to practice,” one of the company’s Falcon 9 rockets just made a record 10th launch and recovery earlier this month. That particular rocket first flew in 2017, yet in the same timeframe, United Launch Alliance has made 11 launches, total.

All with one-use, expendable rockets, of course.

What SpaceX is doing is not “practice,” no matter what Bezos says; it’s execution.

Blue Origin isn’t stuck on the launch pad because they don’t get enough practice. They’re stuck because they’re trying to do the impossible: To compete with NewSpace firms using an OldSpace business model.

There’s enough room in the industry for both NewSpace and Old. What there isn’t room for is a company that straddles both worlds.

If I could sit Bezos and Smith down for a tough-love talk, I would humbly suggest a new direction for Blue Origin.

Bezos had a dream in high school of building space habitats for millions of people. He wanted then — and presumably still does — to “build space hotels, amusement parks, yachts and colonies for two or three million people orbiting around the earth.”

Well, why not do that?

SpaceX and other firms are rapidly solving the problem of getting stuff up into space cheaper than ever — and that’s the vital ingredient to moving humanity up off this Earth.

Rather than reinvent the wheel — or in this case, the rapid-turnaround reusable rocket — Blue Origin could become the company to revolutionize living in space.

Musk wants to start a Mars colony, and that’s great. But space habitat living has several advantages over colonizing another world, including artificial spin gravity the same as Earth’s, and a breathable atmosphere.

While Musk is busy trying to figure out how to make Mars at all habitable, Blue Origin could be selling timeshare units in their own O’Neill cylinders much closer to home.

Well, Jeff? Well, Bob? Is it time for a new direction… up?