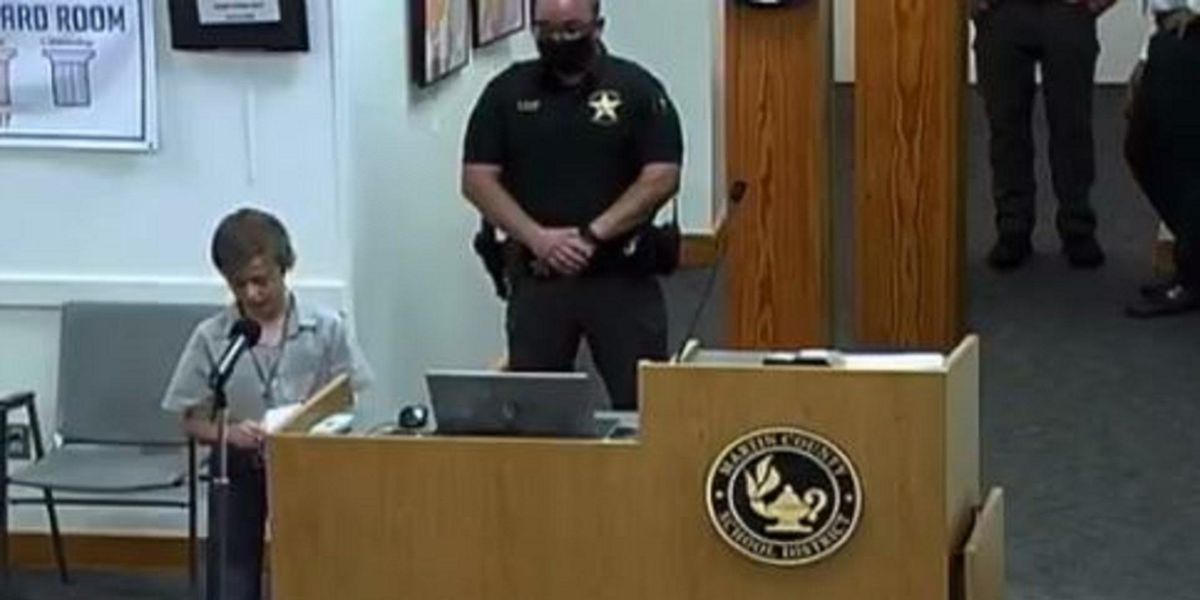 A 10-year-old boy made an impassioned speech to his school board last week arguing for the panel to end its mask mandate in the district, and the video of his argument has gone viral.

The child addressed an emergency meeting of Florida’s Martin County School Board, where he called out the hypocrisy of adults he saw flouting the same rules being imposed on kids.

“I expected school to be a little bit different in the beginning, but I didn’t think it would stay this way all year long,” the fourth grader identified only as John, begins. “And I was surprised by the rules. A lot of them didn’t make any sense to me, like the fact that we were not allowed to play on the playground or have student council — or turn to face each other a lunch. And, we also have to wear masks outside at PE and on track.”

John pointing out during his speech that he has seen multiple instances of teachers breaking the mask requirements. One teacher, he says, yelled at kids for pulling down their masks to drink water outside while waiting to be picked up by their parents.

“She had her mask down the entire time she was yelling at us, which makes me and all my friends very mad,” John explained.

“This happens a lot,” he continued. “And it seems unfair teachers take their masks off while they yell at us kids and that we need to pull ours up. I asked my mom if there was a word for this, and she said there is: hypocrisy.”

The boy went on to say that he ran into his own teacher outside of school a few weeks ago, and “she didn’t even recognize me, because she’s never seen my face before.”

“I know it was her because she sits at her desk a lot without a mask on,” John said, adding, “I know my teacher has asthma and everything, but I understand why it’s hard for her to wear a mask. And I think she should have that choice. But I should, too.”

“I have allergies and I feel really anxious with my face covered, but I’m not allowed a mask break like her,” he argued. “It seems unfair. All this seems unfair and it doesn’t make sense.”

This 10 year-old boy just obliterated his school board’s mask mandate and calls out its unfairness and hypocrisy.… https://t.co/RZnC5UPdTH

BizPac Review reported that John made his speech with twelve days remaining in the school year, in hopes that the board might lift their mask mandates for the remainder of the year. But no luck: The board voted 4 to 1 to make masks optional starting the day after the school year ends.