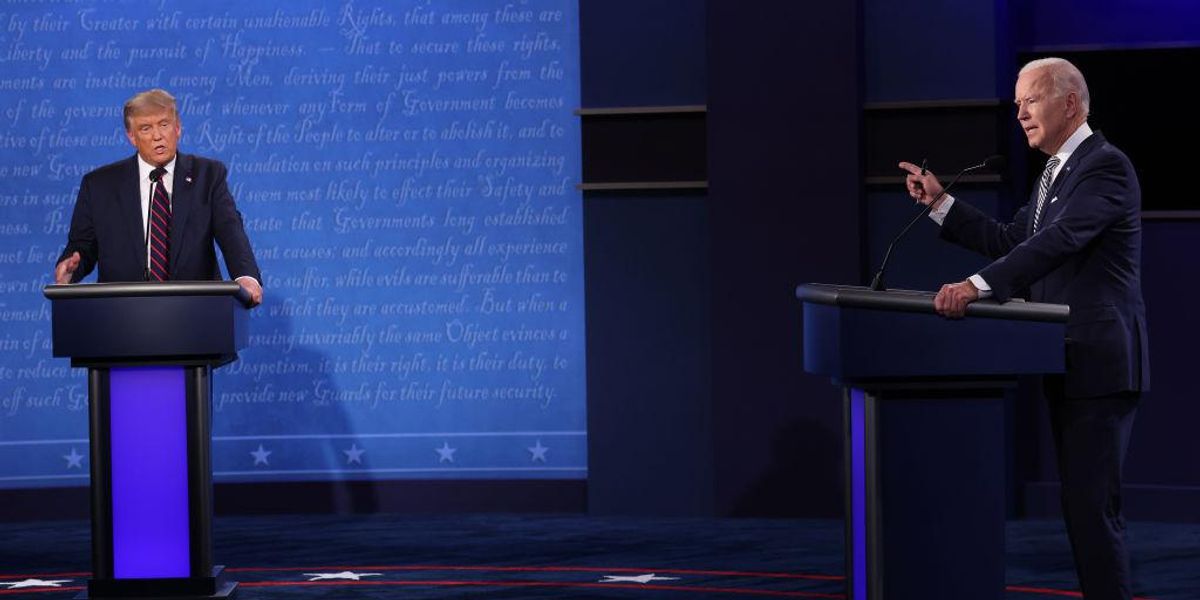 Despite Donald Trump being out of the White House for precisely 130 days, and him being deplatformed from every major social media network, the media can’t seem to quit Trump. In articles about President Joe Biden, the press often mentions former President Donald Trump.

The Pew Research Center released new data on how media coverage of Biden also includes mentions of Trump. Between Jan. 21 and March 21, half of the articles from left-leaning outlets about the Biden administration cite Trump. Even 47% of Biden stories targeting right-leaning audiences reference Trump.

The media refrained from talking about Trump from March 1-5, only referring to the former president in 30% of the articles fixated on the Biden administration.

“The same week that Neera Tanden withdrew her name as Biden’s nominee to head the White House budget office, Democrats agreed to limitations on stimulus check eligibility and Senate Democrats overcame an impasse on unemployment benefits to advance a COVID-19 relief plan,” the Pew Research Center wrote. “Also in the news that week were an end to mask mandates in Texas and Mississippi, a high-profile interview between Meghan Markle and Oprah Winfrey, and reports that several Dr. Seuss books ceased publication due to concerns about negative racial imagery.”

The media invoke the Trump’s name more or less depending on the topic of the article that is centered around Joe Biden.

In stories focusing on Biden’s “leadership and character,” 56% of them that also mentioned Trump. When discussing “policy agenda,” 44% of Biden articles also referred to Trump.

In Joe Biden articles about immigration, one of Trump’s keystone issues, the former president was mentioned in 68% of the posts. However, when articles focused on the economy, another major focal point of the Trump administration, the media only mentioned Trump 29% of the time in Biden stories.

BBC Chiefs Agree They Must Fight Internal ‘Liberal Bias’ and ‘Groupthink’
Democrats ‘Terminate’ the Constitution to Impose Their Agenda All the Time
Democrat Strategists Worry About a Spoiler Candidate in 2024
‘NOT FOR ME’: Univision’s Chevy Bolt Infomercial Spontaneously Combusts
The Fringe With Megan Fox, Episode 110: Shocking New Details of Government Incompetence in Ohio Rape Case