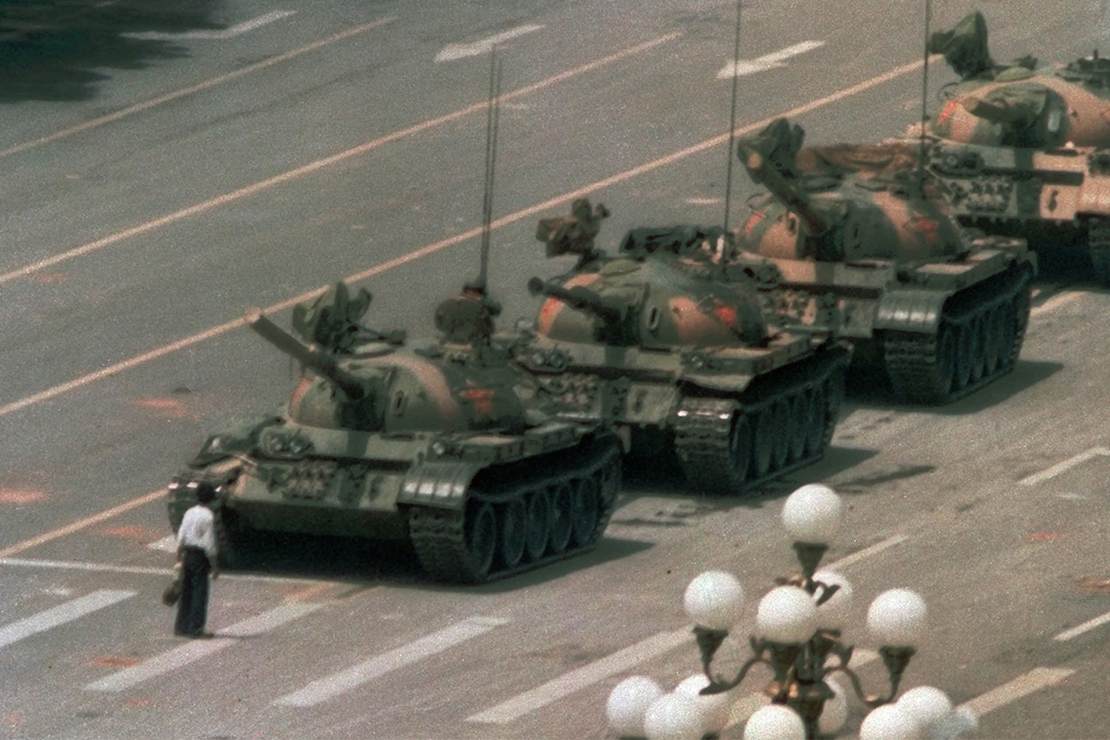 Hong Kong has banned any commemoration of the Tiananmen Square uprising for the second successive year. The city-state that was once a beacon of freedom for Chinese has been fully subsumed by the brutal communist state.

Nice excuse, COVID, which originated in China and perhaps in a government lab there. It’s been used as an excuse well outside China to lock down all kinds of people who wanted to do all kinds of things. In America, the Biden White House has used it as an excuse to block fireworks from lighting up the night skies over Mt. Rushmore. South Dakota Gov. Kristi Noem sued, but an Obama-appointed judge has kept Biden’s block in place.

Because COVID, and other excuses.

On June 4, 1989, little did the world know what a turning point in world history was unfolding. That’s the day the Chinese Communist Party cracked down hard on pro-democracy demonstrators at Tiananmen Square in Beijing. Thousands were killed, no one knows for sure how many. Estimates go as high as 9,000.

The protesters built a makeshift Statue of Liberty to show the world what they wanted. It was a direct rebuke and rejection of the Maoist hero-worship and personality cult the communists cultivated across China since the 1949 revolution. Those protesters didn’t think America was systemically racist. They wanted what America promises, and bravely stood up against dictatorship to demand it.

Many of them died or were imprisoned for it. China could have fractured then. The world would have been much better off if the communists had fallen, if America had maybe made a move or two in the protesters’ defense, if such a thing was possible without triggering a war.

When this footage of a lone man standing up against a column of tanks hit our TV screens in June 1989, we were riveted. I couldn’t take my eyes away.

We still have no idea who this man was or what happened to him. He has been depicted the world over in art and even a life-sized sculpture but his identity and fate remain unknown.

We are prepared to build a more cooperative relationship with China and wish to work with China as an active member of the international community. Through some of its actions, China has demonstrated that it wants to be a member of that community. Membership has its privileges, but also its obligations. We expect China to meet basic international standards in its treatment of its people, its sales of dangerous arms, and its foreign trade.

With one voice, the United States Government today has outlined these expectations.

Lest anyone think I’m blaming today’s China ills on Clinton, I’m not. That last line is the truest part of Clinton’s declaration. The globalists in both parties — the Carters, Bushes, McCains, Kennedys, Clintons, Obamas, Bidens, all of them — plus corporate America, the Chamber of Commerce, and the rest had decided that we would essentially buy China toward freedom by trading with them and making China the world’s manufacturing hub. We can blame Nixon for opening China, and Carter for moving U.S. recognition from Taipei to Beijing. The belief, or hope, through that time was that as China’s standard of living improved through trade, its middle class would seek more personal freedoms and eventually the communist regime, which has never been legitimate by any democratic norms, would crack and crumble from within. There were signs over the years that this might in fact work. Tank man was the proof that Chinese people want the same things we all want — to be able to live free and in peace.

That may still be true. It’s impossible to say, given China’s stranglehold on its own media and the fact that it has bought much of our media over the years. There was precedent of a sort in Japan, for opening up a nation through trade and building peace with it. But Japan and China are culturally quite different, and Japan went through an authoritarian period even after the Black Ships, and went to war against freedom as part of the Axis before the United States pacified it by force. Japan is a staunch American ally now, but it took one hell of a road to get there.

I believed in Tank Man. I believed in the Hong Kong protesters, who also used American symbols to demand their freedom. China has crushed them all. It’s running slave labor concentration camps today and corporate America profits from it while scolding Americans that we are irredeemably racist.

Whether China dreamed up critical race theory or not, it couldn’t ask for a better weapon to have in hand against its chief global rival.

In 2020 and 2021, all of the signs of hope for freedom for China have faded. Xi Jinping has crushed Hong Kong’s democracy movement and swallowed that city whole. He is threatening Taiwan and China’s neighbors India, Japan, South Korea, Vietnam, and the Philippines. He is threatening the United States itself. Rather than steady America for the challenges China poses, Joe Biden is turning America’s military inside-out with woke divisive race talk and scolding Americans that we’re lousy and awful.

Tank Man didn’t live to see it, but China isn’t importing western norms and values now. Until COVID, the west was stealthily importing China’s values. With Joe Biden in the White House and China-friendly media and social media, we still are, though more Americans are aware of it now. The pro-China NBA’s ratings are down and LeBron James has been exposed as a hypocrite and pro-China shill. Woke America is bent on destroying the country, attacking everything about our history from 1776 to 1836 and eventually the Greatest Generation too.

Who won at Tiananmen Square? Clearly, up to now, the communists won.

The communists’ ultimate doom may come from their own policies — one child, which thinned their female population to the point that Xi has recently reversed it — and its economic madness. But unlike the Soviet Union, China is very unlikely to go down without a fight. Xi’s China will be powerful until it is either fractured from within or defeated from without. Neither is likely to be peaceful.

What happened to Tank Man? We can surmise that the Chinese communist government murdered him. Or stuffed him into a dark prison cell, in which he has since died alone. We have no idea, and that’s the point for the communists. He had a family, friends, co-workers. None of them has ever identified him or told the world what happened to him. What happened to them?

We have no idea and likely never will, but we can’t stop discussing and remembering him. He stood for hope. His grainy image still does.

Here’s Another Sign Showing That Dems Anticipate Losing The Senate in 2022
Joe Biden Fritters Away Any Chance for Peace in the Middle East
U.S. Public Schools Lost 1.3 Million Students During COVID-19 Pandemic
Covid vaccine forced 19-year-old student into HEART TRANSPLANT, killing her within days
Biden Keeps Getting Walloped in Court. Why Won’t the Media Report It?