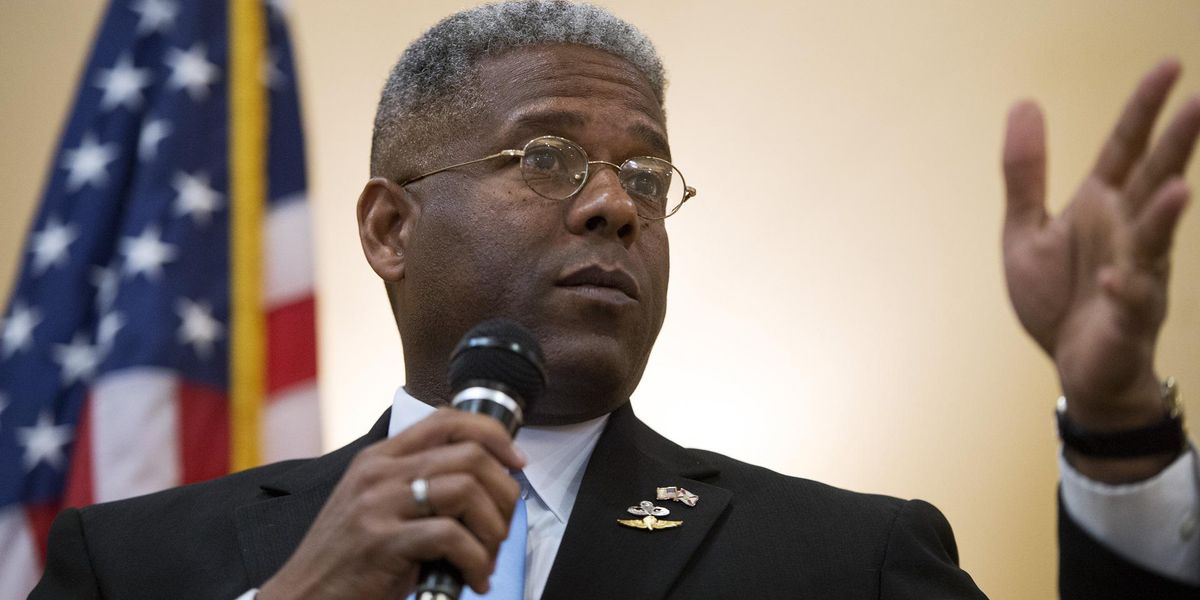 Former Florida congressman and retired Army Lt. Col. Allen West is stepping down as chair of the Texas Republican Party, sparking rumors that he is looking at another run for office.

The Texas GOP issued a statement Friday morning announcing that West “submitted his irrevocable resignation to the officials’ meeting” and “will remain at the helm of the Texas GOP until a new Chairman can be selected on July 11th at an undetermined location as of now.”

The party wrote that West “expressed his humble gratitude and stated that ‘it has been my distinct honor to serve as Chairman of the Republican Party of Texas. I pray Godspeed for this governing body.'”

“Lt. Col. Allen West will take this opportunity to prayerfully reflect on a new chapter in his already distinguished career,” the news release went on to say.

The Washington Times reported that West’s “resignation comes less than a year after he entered the job.” The outlet went on to note that “the former congressman has not ruled out challenging Republican Texas Gov. Greg Abbott (R), who was endorsed by former President [Donald] Trump on Wednesday.”

The Texas Tribune reported that West also raised the prospect of a run for Congress. He is a resident of the 32nd Congressional District, “and there’s a guy in Texas 32 I really don’t care for being my congressional representative,” West said, the outlet reported. That incumbent is Democratic Rep. Colin Allred of Dallas.

West did not say when he would announce a decision on his next step, the Tribune reported. He told a reporter that his “timeline is in my head and not in yours yet.”

The Texas Republican Party also stated that West’s “tenure has been marked by a remarkable commitment to our grassroots organizers as well as tireless effort to make gains on our Legislative Priorities such as Constitutional Carry, the Heart Beat Bill, and Election Integrity.”

West made headlines last December when he suggested some states secede from the United States in reaction to the U.S. Supreme Court turning down Texas’ lawsuit seeking to overturn Electoral College votes in four other states.

“This decision will have far reaching ramifications for the future or our constitutional republic,” West wrote at the time. “Perhaps law-abiding states should bond together and form a Union of states that will abide by the constitution.”

Once Again, COVID-19 Hospitalizations Are Increasing in the North, Declining in the South
[VIDEO] Kruiser’s ‘Beyond the Briefing’—Can the Democrats Be Cured?
Charles Barkley Fumes Over Kyrie Irving Being Unvaccinated
Under the Radar: Nets Skip Biden’s Secret Night Flights for Illegals
Former ESPN reporter Allison Williams says President Biden’s comment on COVID-19 vaccination ‘was something a dictator says’