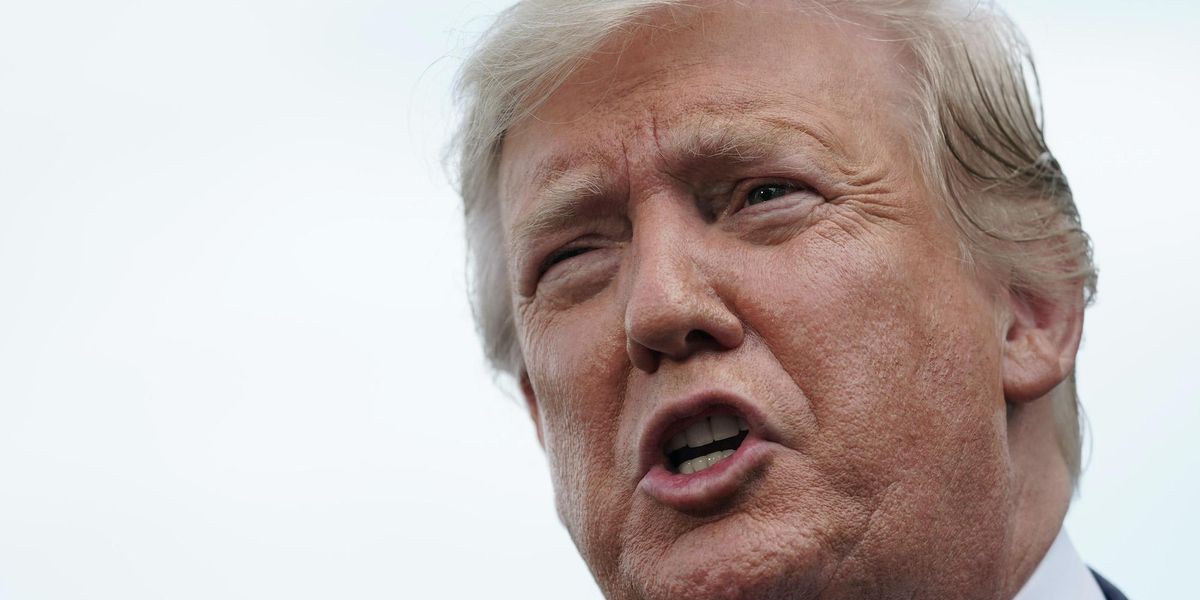 Former President Donald Trump lashed out at social media giant Facebook on Friday after they announced its decision to keep him banned until at least 2023.

Trump had been banned from Facebook in the wake of the Jan. 6 riot at the U.S. Capitol after Facebook determined that his statements decrying the authenticity of the 2020 election could incite more violence.

On Friday, the social media giant said his ban would continue until at least Jan. 7, 2023, when the company would reconsider whether he should be allowed back on its platform.

“Facebook’s ruling is an insult to the record-setting 75M people, plus many others, who voted for us in the 2020 Rigged Presidential Election,” Trump wrote.

“They shouldn’t be allowed to get away with this censoring and silencing, and ultimately, we will win,” he added. “Our Country can’t take this abuse anymore!”

The former president had begun sending messages to supporters via a blog website but it was shut down permanently after operating for about a month. A Trump aide said that it was a precursor to him joining another social media platform.

Some on the Left who were demanding a lifetime ban complained that the ruling on his ban meant that Trump was most likely going to return to Facebook. Supporters of the former president accused Facebook of violating his free speech rights.

Facebook Vice President of Global Affairs Nick Clegg addressed the controversy over the ban in a statement on Friday.

“We know that any penalty we apply — or choose not to apply — will be controversial. There are many people who believe it was not appropriate for a private company like Facebook to suspend an outgoing president from its platform, and many others who believe Mr. Trump should have immediately been banned for life,” wrote Clegg.

“We know today’s decision will be criticized by many people on opposing sides of the political divide — but our job is to make a decision in as proportionate, fair, and transparent a way as possible,” he concluded.

As Biden Builds a Wall Around His Beach House But Not The Border – Media Fall Silent
Horowitz: What we expect from state legislators in the war for our own health freedom
Rutgers professor slams white people as ‘villains’ while defending critical race theory: ‘Take these motherf***ers out’
Producer of Avengers  movie admits one scene was re-shot after audiences said it was ‘pandering’ too much
Former Clinton treasury sec, top Obama adviser fires back after Janet Yellen says he is ‘wrong’ about inflation