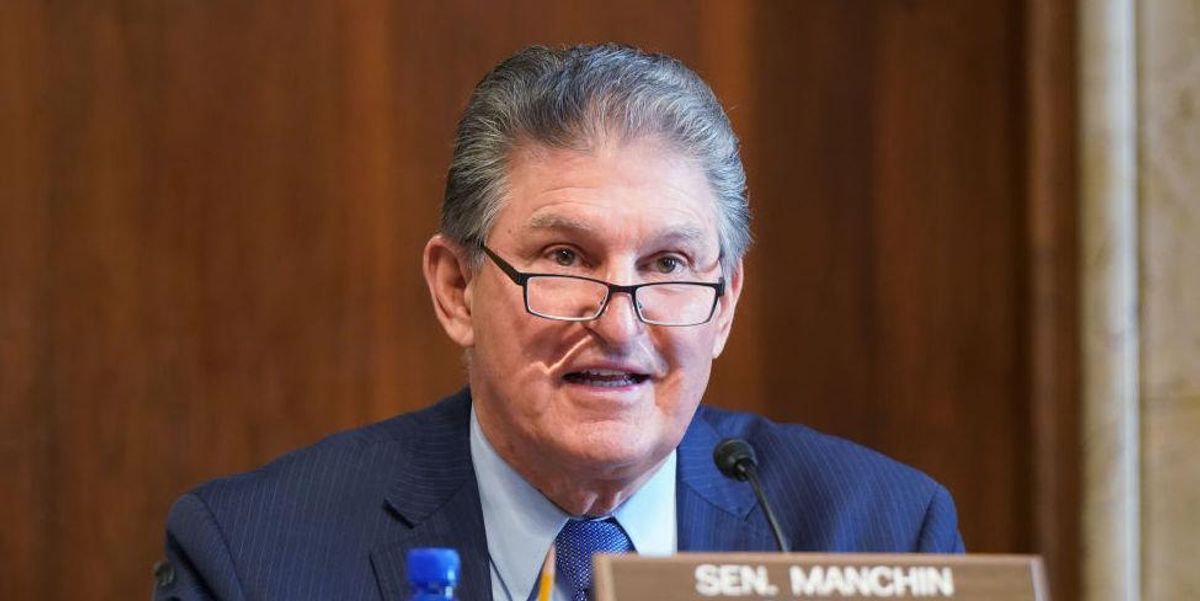 Sen. Joe Manchin (D-W.Va.) angered Democrats Sunday when he revealed opposition to the “For The People Act,” a sweeping federal election reform bill being pushed by Democrats.

The “For The People Act” passed the House in March with zero Republican support; even one Democrat voted against the bill.

The legislation would force states to allow mail-in voting and establish an independent commission to redraw congressional districts to, in theory, prevent partisan gerrymandering. The bill would also greatly increase voter registration efforts, and seeks to implement campaign finance reforms, among other measures.

What did Manchin say?

Manchin
published an essay in the Charleston Gazette-Mail explaining he will vote against the “For The People Act” because the bill has been advanced through partisan channels.

Unfortunately, we now are witnessing that the fundamental right to vote has itself become overtly politicized. Today’s debate about how to best protect our right to vote and to hold elections, however, is not about finding common ground, but seeking partisan advantage. Whether it is state laws that seek to needlessly restrict voting or politicians who ignore the need to secure our elections, partisan policymaking won’t instill confidence in our democracy — it will destroy it.

As such, congressional action on federal voting rights legislation must be the result of both Democrats and Republicans coming together to find a pathway forward or we risk further dividing and destroying the republic we swore to protect and defend as elected officials.

Not only did Manchin say that he will oppose the “For The People Act,” but the moderate Democrat reaffirmed his opposition to ending the filibuster, which Democrats have pushed in order to more easily enact their agenda.

“I believe that partisan voting legislation will destroy the already weakening binds of our democracy, and for that reason, I will vote against the For the People Act,” Manchin said. “Furthermore, I will not vote to weaken or eliminate the filibuster. For as long as I have the privilege of being your U.S. senator, I will fight to represent the people of West Virginia, to seek bipartisan compromise no matter how difficult and to develop the political bonds that end divisions and help unite the country we love.”

Angered liberals lashed out at Manchin over his continued refusal to support the Democratic Party’s partisan agenda.

By voting against the “For The People Act,” Manchin will effectively kill the bill.

September 11, 20 Years Later
‘If I were a woman, I would be offended by the idea that women can’t have sex and be responsible.’ – Crowder
Biden White House Knows the Vaccine Mandate Is Illegal. Here’s Proof.
Anti-critical race theory group slams Loudoun County schools with half-million-dollar ad during Washington’s NFL opener
WHISTLEBLOWERS: Senior at Aegis Living center was “chemically restrained” and forced to take COVID vaccine, then DIED