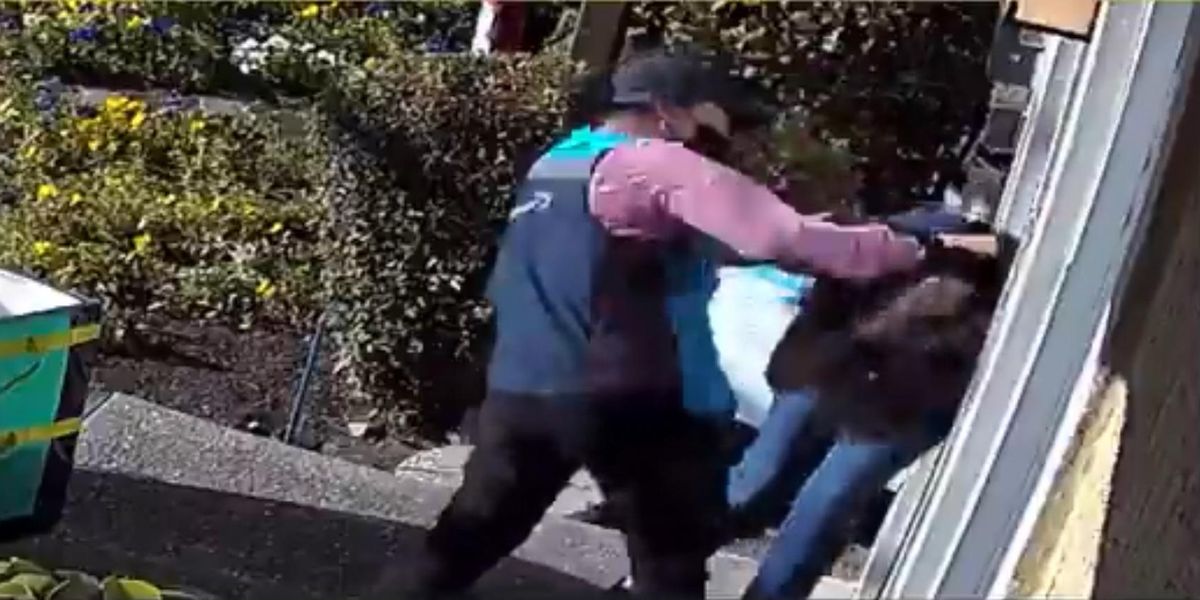 An Amazon delivery driver was arrested after the savage beating of an elderly California woman was captured on surveillance footage.

Police apprehended 21-year-old Itzel Ramirez in Castro Valley, California, on Thursday and booked her on felony charges after she allegedly assaulted a 67-year-old woman who inquired about the status of her delivery.

The owner of the apartment complex told KTVU it all began when the victim received an alert that her package had been delivered. But when she went to the lobby, it wasn’t there. She saw the Amazon, asked where it was, and the driver said she’d get it soon. The victim waited for 15 minutes in the lobby, came back outside and asked where her package was.

According to KRON-TV, Ramirez and the victim then engaged in a verbal confrontation, ending with Ramirez allegedly hitting the elderly woman 10 times, causing injuries to her head and face.

“I believe the Amazon driver said something about ‘your white privilege,’ and my tenant said, ‘You don’t need to be a b**ch about it,’ turned around and walked away,” Doug Smith, owner of the apartment complex where the confrontation occurred, told KTVU.

A report from the Alameda County Sheriff’s Office confirmed Ramirez made a comment about the victim’s “white privilege.”

Police said that Ramirez admitted to assaulting the victim, but claimed she did so in self-defense. The surveillance footage that captured the incident did not show the victim assault Ramirez.

Ramirez was booked on felony charges of battery involving serious bodily injury and elder abuse. She was being held in jail on $100,000 bond.

How did Amazon respond?

The company said Ramirez is no longer delivering packages for Amazon.

“This does not reflect the high standards we have for drivers who deliver our packages. We take these matters seriously and this individual is no longer delivering Amazon packages,” Amazon said in a statement.