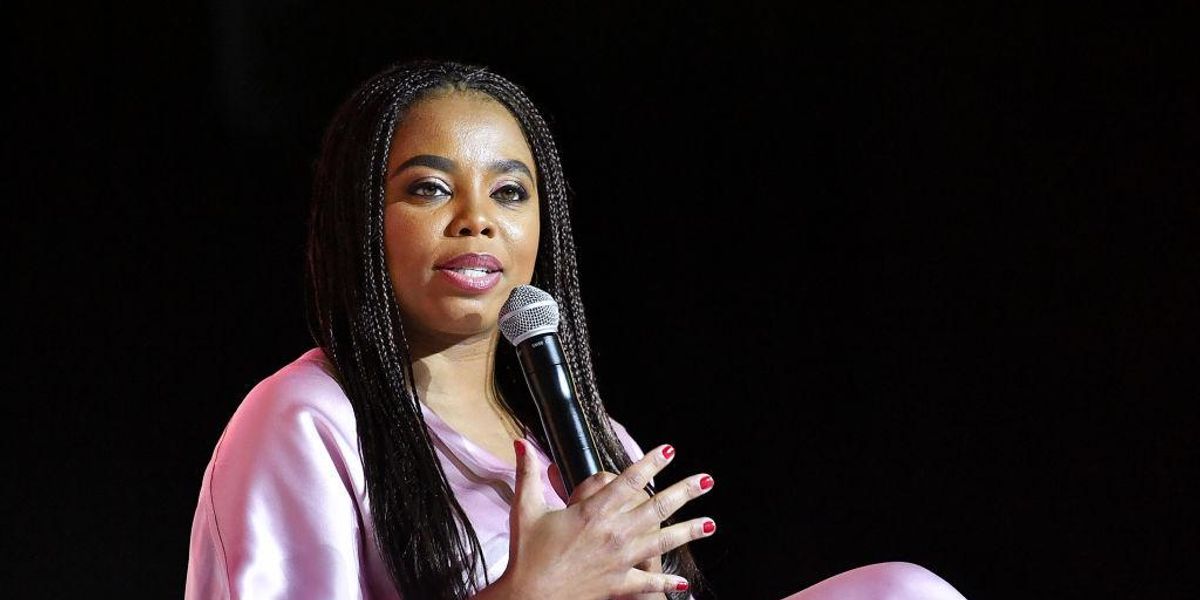 The sports commentator, who now hosts the podcast “Jemele Hill is Unbothered,” also characterized Manchin’s decision to vote against the bill, called the “For the People Act,” as a clear example of “white supremacy.”

The Biden administration had argued the legislation — which aimed to make permanent the previous election’s pandemic-related relaxed voting measures — was “urgently needed to protect the right to vote and the integrity of our elections, and to repair and strengthen American democracy.”

But Manchin disagreed, arguing in an op-ed published in the Charleston Gazette-Mail on Sunday that the proposed election law overhaul “won’t instill confidence in our democracy,” but “destroy it.”

“The truth, I would argue, is that voting and election reform that is done in a partisan manner will all but ensure partisan divisions continue to deepen,” Manchin wrote.

Manchin’s opposition sparked immediate backlash from progressive critics on social media, one of whom was Hill, who tweeted: “Record number of black voters show up to save this democracy, only for white supremacy to be upheld by a cowardly, power-hungry white dude. [Manchin] is a clown.”

This is so on brand for this country. Record number of black voters show up to save this democracy, only for white… https://t.co/3dAEVA6doU

In the op-ed, Manchin also signaled his opposition to ending the filibuster, a parliamentary rule established in the 1800s that requires 60 votes for some legislation to pass in the Senate, further angering progressives. Democrats have sought to end the filibuster — despite using it themselves — by labeling it as a relic of racism.

Others joined Hill in labeling the moderate senator’s opposition to the bill as white supremacist.

Another critic said: “White supremacy is Joe Manchin choosing to help voter suppression efforts because he’d lose his power in West Virginia if he chooses the side of black and brown voters who have all been showing up to the polls to help save our democracy.”

Hill is known for having made controversial, racially charged statements in the past. Last July, she declared all Donald Trump voters “racist,” arguing there’s “no wiggle room.” Though, interestingly enough, her mother voted for Trump in 2016.

Then in August, she sparked outrage after tweeting that the United States is “nearly as bad as Nazi Germany.”

Kamala Harris Was Set Up to Fail as Biden’s ‘Border Czar’
Texas law enforcement takes action over migrant crisis in Del Rio: ‘The federal government has failed’
Couch: Sean Payton, Jameis Winston, and the Saints have the right attitude after horrific performance. Will it matter?
Squires: 7 principles black voters should immediately embrace
Deace: Anger is the only right response to the government’s COVID abuse. Apathy will kill us.