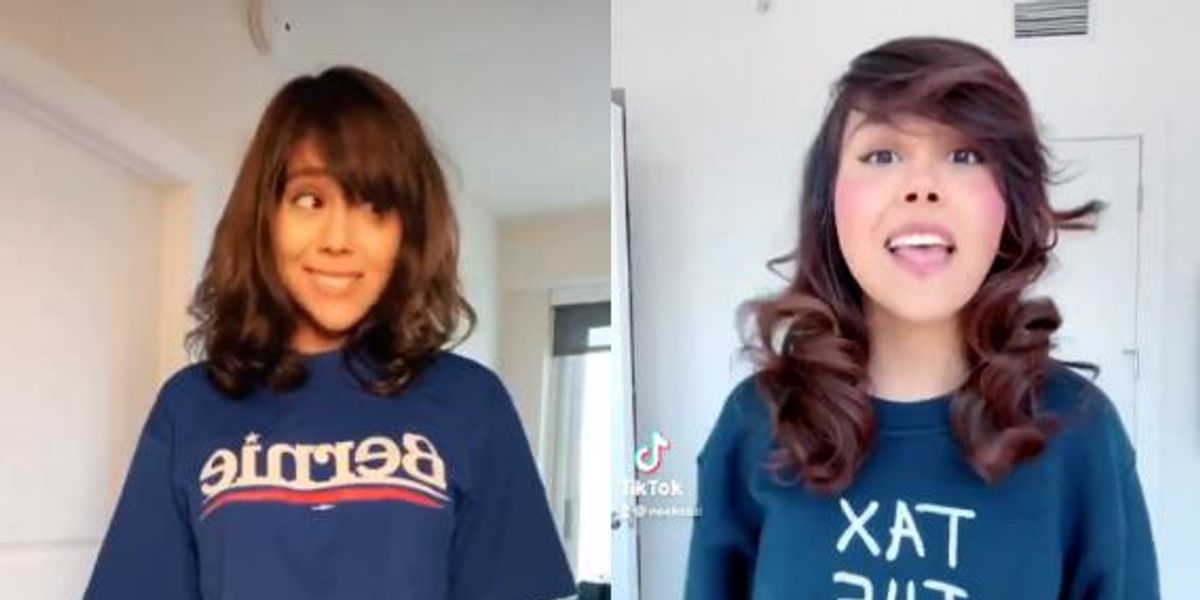 A hugely popular influencer who often promoted democratic-socialist messaging has been branded as a “hypocrite” after bragging about her new $2 million apartment and fancy new BMW.

Nicole Sanchez, known online as “Neekolul,” became an overnight sensation last year when she went viral for her TikTok video of her dancing while wearing a shirt promoting Sen. Bernie Sanders (I-Vt.) during the 2020 Democratic presidential primaries. Sanchez was lip-syncing a song with lyrics: “Whatever you say, Boomer. OK, Boomer.” Sanchez captioned the video: “Like to trigger the BOOMERS #bernie2020.” The song dismisses baby boomers, while simultaneously endorsing 79-year-old Sanders, who is too old to be considered a boomer, and is among the “silent generation” classification.

The viral video racked up tens of millions of views, and instantly made Sanchez an online standout while also promoting Sanders to a younger generation.

Last month, Sanchez posed with a brand new convertible BMW. Fox Business estimates Nicole Sanchez has a net worth of between $1 to $5 million.

Online commenters quickly branded Sanchez as a “hypocrite,” and told her to “pay more taxes.”

Sanchez responded to the criticism by saying that “tax the rich” only applies to “like billionaires.”

“I think when people mean like tax rich, I think at the end of the day they do mean like billionaires and people that have insane unfathomable amounts of wealth,” Sanchez said. “Listen, listen whoever wants to show me to where those $1 to $5 million dollars are, I would happily follow you and reclaim them because I have no idea where this money is at or where it’s from.”

Quinnipiac Poll: Biden’s job approval is underwater and a strong majority disapprove of his handling of foreign policy
“1 Down, 9 To Go!” — Trump Takes Victory Lap After RINO Announces He Won’t Seek Re-Election
How BAD Is the Border? Even the Networks Are Covering It!
Watch: ‘They chose to protect a child molester’: McKayla Maroney accuses FBI of falsifying docs, enabling child abuser
Youngkin Pledges to ‘Work Tirelessly’ to Protect Babies Capable of Feeling Pain from Abortion