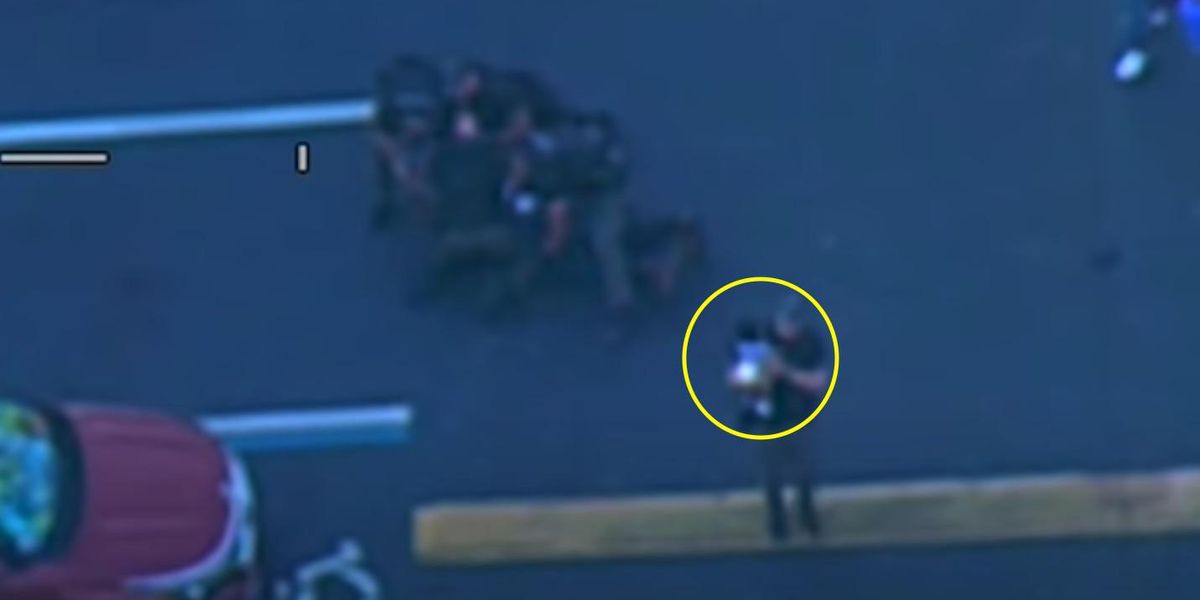 A Florida man attempted to hamstring police who were in hot pursuit of him with an abominable tactic: he tossed his baby at officers. Thankfully, a hero deputy was able to catch the infant in mid-air, possibly saving the life of the 2-month-old infant.

The Indian River County Sheriff’s Office said John Henry James, 32, was driving his white Nissan Rogue erratically in Vero Beach, Florida, on May 26. An officer attempted to pull James over, but he purposely ignored the police and continued to drive, according to the police report. The high-speed police pursuit continued for 40 minutes, which included roadblocks and police cruisers nudging the Rogue to stop the Florida man from fleeing. The police chase finally ended after authorities disabled the vehicle with a spike strip.

The debilitated SUV pulled into an apartment complex, where James ditched the handicapped vehicle. Police pursued the suspect on foot, and that’s when James attempted to sidetrack law enforcement by hurling his 2-month-old son at police. Indian River County Sheriff’s Office Deputy Jacob Kurby made a miraculous catch of the flying baby in mid-air. The baby was not harmed thanks to the hero deputy.

James continued to run away from the officers but was taken down in the parking lot of the apartment complex, where he reportedly continued to resist arrest.

The suspect was finally apprehended, then claimed he could not breathe because of his asthma. James was taken to a nearby Fire Station where EMTs could check him out, but he continued to resist and kicked an officer in the face. James was administered a sedative before being taken to the hospital for examination.

“You can’t throw a baby at us and expect us to treat you with kid gloves,” Sheriff Eric Flowers said.

Ohio Mayor Demands School Board Resign over Sexually Explicit Writing Assignment
Gender inequality: Covid vaccines are harming boys more than girls
A Follow-Up on South Dakota Governor Kristi Noem’s Record
Cash, COVID, and cover-up, part 3: ‘You will have tasks that must be done’
Justice Breyer Brushes Off Retirement Demands, But Says He Doesn’t ‘Intend to Die on the Court’