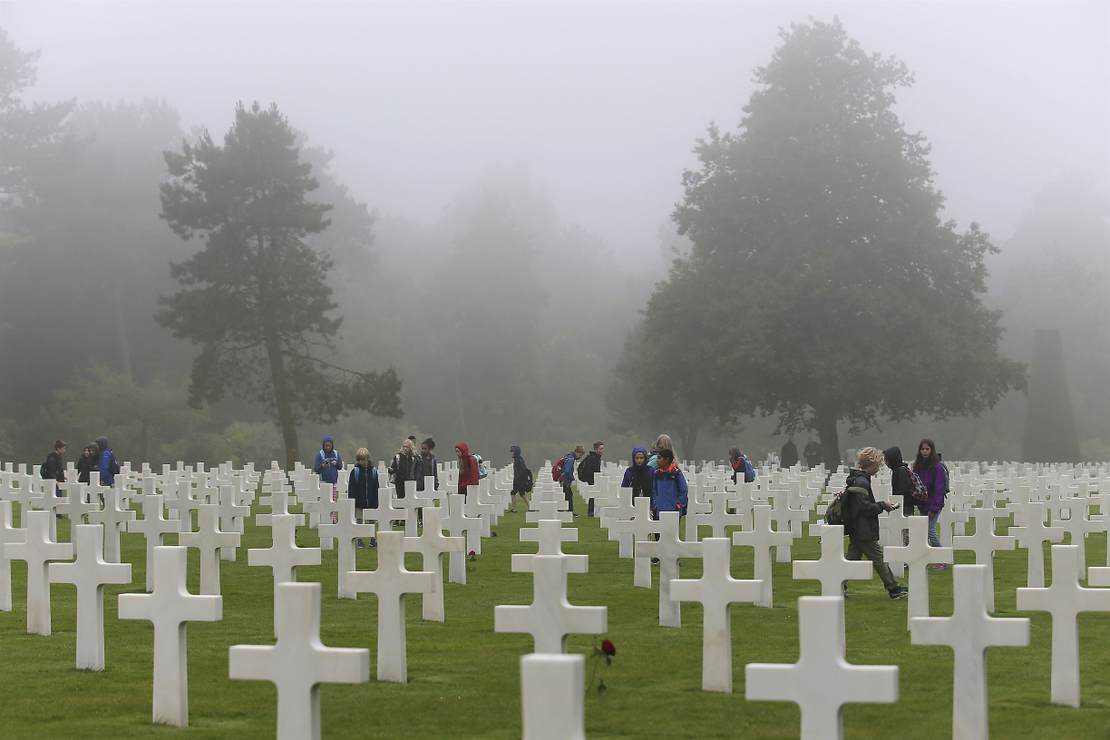 Every June 6, Americans should take a moment to celebrate the brave men who stormed the beaches of Normandy on D-Day, 1944. Americans, Brits, French, Canadians, Australians, and more carried out the most ambitious amphibious assault in history, overwhelming the Nazi defenses and placing a firm foothold in Western Europe to liberate the continent from National Socialist tyranny. Tragically, the Lincoln Project used the occasion to demonize former President Donald Trump and to praise the rioters who have vandalized and torched American cities.

On June 6, 2021, the Lincoln Project released a video ad describing the Allied forces who stormed Normandy as “antifa.” Yes, seriously. The anti-Trump grifters who appear to have covered for co-founder John Weaver’s alleged systematic “grooming” of young men turned a solemn commemoration into a political smear and acted as tough Trump was “literally Hitler.”

The Lincoln Project may be on its last legs, but it seems determined to go out kicking and screaming. The ad described D-Day forces as “antifa” and it concluded with a montage of modern antifa agitators marching in U.S. cities. For some reason, the ad did not include the fires and violence that destroyed black lives, black livelihoods, and black monuments in the name of fighting racism.

The work of opposing fascism is as American as apple pie. As we again face the rise fascism — this time on our own shores — that work must continue. #DDay pic.twitter.com/9HVP44O5U3

The ad describes the war against fascism as “a war we still fight today,” panning to a picture of Trump.

“Antifascism. It’s not a cable news talking point. It’s an American ideal that should be memorialized, because it was paid for in blood,” the Lincoln Project concludes.

This comparison is extremely offensive and patently absurd. President Donald Trump was nothing like Adolf Hitler. Trump opposed socialism, slashing taxes and regulation, while Hitler implemented “National Socialism” (the term for which Nazi is an abbreviation). Hitler expanded the government and launched heinous campaigns to round up Jews and others for extermination.

Trump restrained the government and had nothing like the Gestapo. He merely applied federal law on immigration, and his much-maligned “Muslim ban” amounted to travel restrictions for people from countries of terror concern.

Trump left the White House after he lost the 2020 election (an election plagued by the Center for Tech and Civic Life’s shenanigans, horrendous Big Tech and legacy media bias, and last-minute COVID-19-related rule changes). Many elements of the Left conspired together to help tilt the playing field in Joe Biden’s favor, but Trump still left office.

By contrast, Hitler severely restrained elections. After the Nazis took power in 1933, they banned opposition parties. They then held three elections — one in 1933, one in 1936, and one in 1938 — in which the party presented voters with a list of Nazis and non-party “guests” of the party. Hitler held no elections after 1938. Germans next received the opportunity to vote in 1949, after the Allies had split Germany into two halves.

Trump has his faults, but any comparison between Trump and Hitler is fatuous and absurd. Meanwhile, antifa violence has caused significant damage and killed dozens of people. The Lincoln Project’s decision to cover for antifa was disgusting, but its attempt to twist D-Day into a celebration of antifa was beyond the pale.