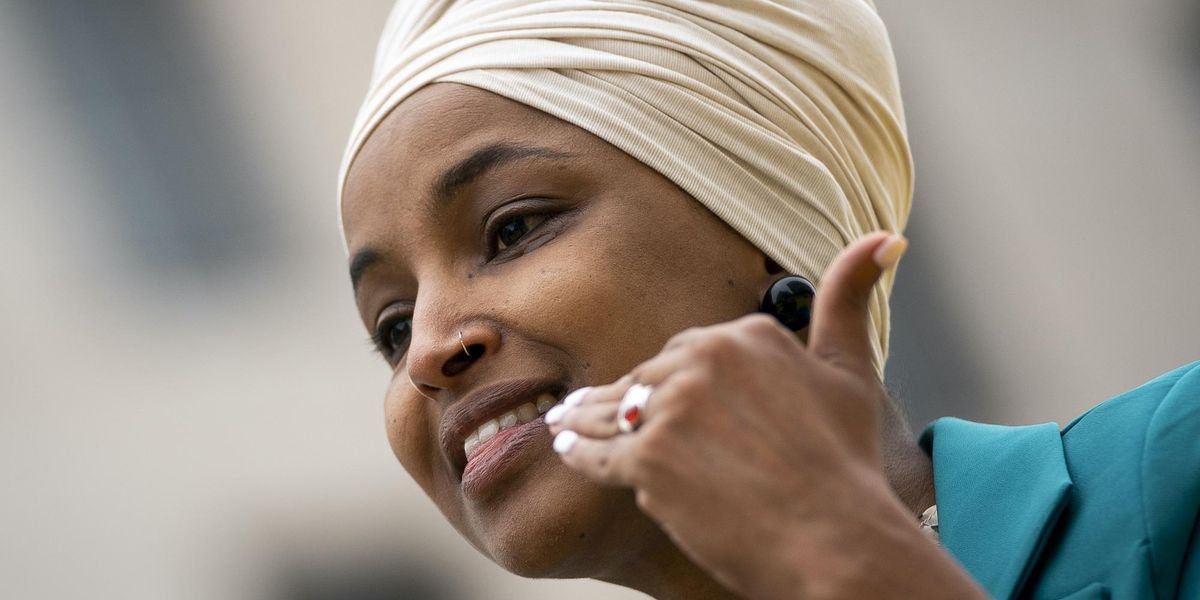 Omar has been under renewed criticism after she compared the U.S. and Israel to terror groups Hamas and the Taliban.

Some Democrats recoiled from the comments and called on her to publicly retract her own comments. Omar responded with a defiant statement denouncing them for “silencing” her.

“It’s shameful for colleagues who call me when they need my support to now put out a statement asking for ‘clarification’ and not just call. The islamophobic tropes in this statement are offensive. The constant harassment & silencing from the signers of this letter is unbearable,” she tweeted on Thursday.

Despite claiming she could not bear their “offensive” request, she issued a clarification hours later.

“On Monday, I asked Secretary of State Antony Blinken about an ongoing International Criminal Court investigations [sic],” she said in the written statement.

“To be clear: the conversation was about accountability for specific incidents regarding those ICC cases, not a moral comparison between Hamas and the Taliban and the U.S. and Israel,” she claimed.

“I was in no way equating terrorist organizations with democratic countries with well-established judicial systems,” she concluded.

The letter from 12 Democrats members of Congress sent on Wednesday made it clear that they believed Omar had made the comparison she later denied making.

“Equating the United States and Israel to Hamas and the Taliban is as offensive as it is misguided,” read the statement from Democrats.

“Ignoring the differences between democracies governed by the rule of law and contemptible organizations that engage in terrorism at best discredits one’s intended argument and at worst reflects deep-seated prejudice,” they added.

Here’s more about the comments from Omar:

[embedded content]
Ilhan Omar equates US to Hamas, the Taliban