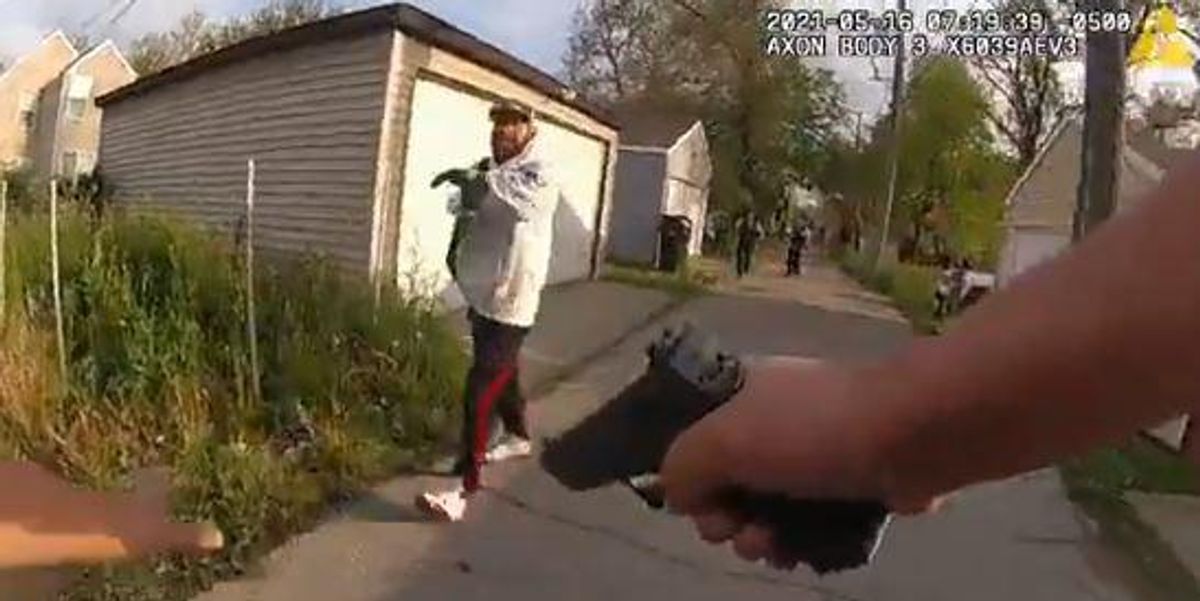 Chicago’s Civilian Office of Police Accountability released video footage of a police-involved shooting from last month, which began with a suspect opening fire shortly after being approached by a Chicago police officer.

Two officers and the suspect ended up with gunshot wounds in the incident, but all survived.

COPA released several videos related to the incident, but the best view of what happened when the shooting began came from the body camera of the officer the suspect is seen shooting.

That footage shows the officer jumping out of his squad car to approach the suspect, whom other officers had been following on foot and pleading for him to drop his gun, according to an earlier video.

“Show me your hands…get your hands out of your pocket,” the officer says upon confronting the male suspect. The officer has his weapon drawn and his arm extended, but did not aim the service weapon at the suspect.

“Dude, stop!” the officer then says. “Get your hands up!”

The suspect finally responds, “What? What?” then immediately pulls out a handgun and shoots the officer.

Both the officer and the suspect can be heard screaming in anguish, and a second officer is seen on the ground after also being struck by gunfire.

WBBM-TV reported that the incident occurred at around 7:19 a.m. on Sunday, May 16, after officers responded to a report of gunfire and “saw an armed suspect.”

The suspect has been identified as Bruce Lua, 45, who was shot in the leg during the incident. He now faces several charges, including two counts of attempted murder, two counts of aggravated battery against a peace officer, and a felony weapons charge, according to the arrest report.

Both officers and Lua were hospitalized for their injuries, and all have since recovered.