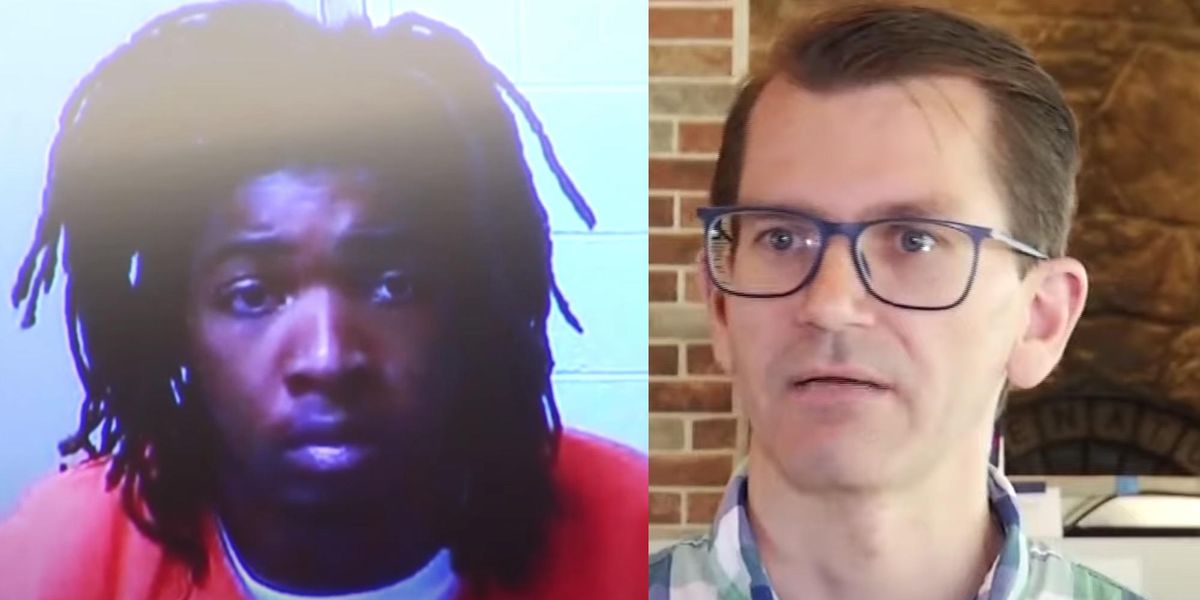 A Virginia Tech football player allegedly beat a man to death after he pretended to be a woman online to seek a sexual relationship with the player.

40-year-old restaurant worker Paul Smith was found beaten to death in his apartment on June 1.

Prosecutors say that Etute had met up with Smith one time for oral sex after meeting him on the dating app Tinder. They allege that the second time the two met on May 31, Etute discovered Smith was a man and not a woman as he had said on the dating app, and he beat him to death. Etute allegedly punched Smith five times before he fell to the ground.

Police say Etute told them heard a bubbling and gurgling noise when he left the apartment.

Police say that Etute told them Smith did not fight back, and that he continued to punch him and stomp him after Smith fell to the ground.

On Wednesday, Etute’s attorney confirmed some of the details in court but wanted to dispel any notion that Etute killed Smith randomly.

“I’m not saying what happened was acceptable, but this was more than someone just showing up to an apartment and punching someone,” Jimmy Turk said in court.

A medical examiner’s report said that Smith died from blunt force trauma. He suffered multiple cranial fractures, his face was broken and he was missing teeth.

“Nobody deserves to die, but I don’t mind saying, don’t pretend you are something that you are not,” Turk said. “Don’t target or lure anyone under that perception. That’s just wrong.”

Etute was suspended from his studies at Virginia Tech and from the football team.