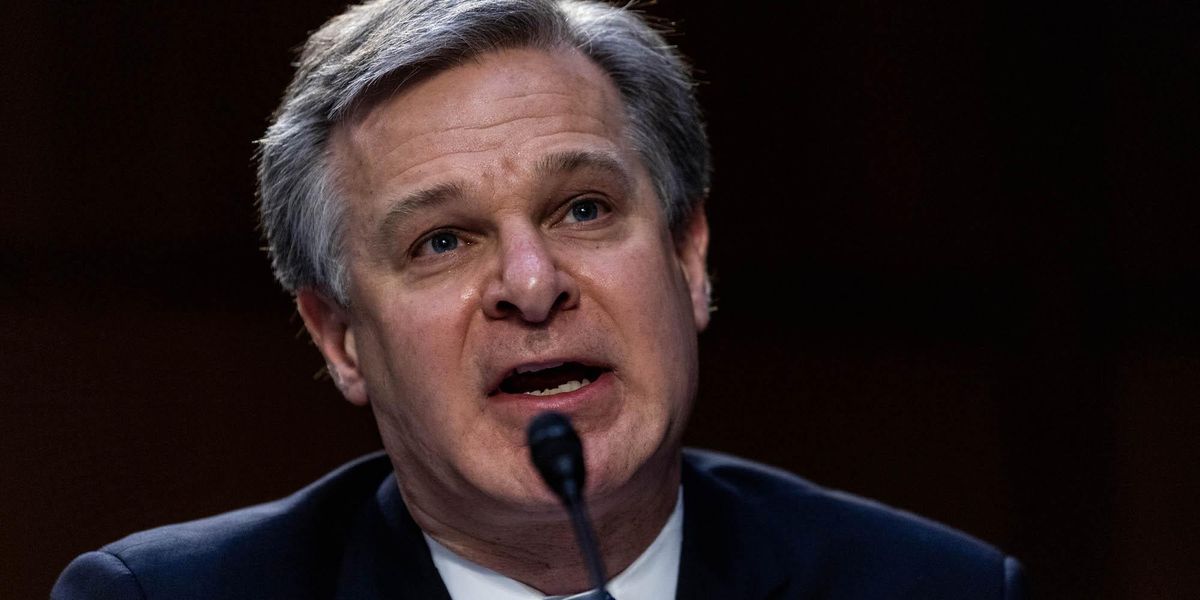 Federal Bureau of Investigation director Christopher Wray testified before Congress that he did not know that Parler had alerted the FBI about violent plans for the rally on Jan. 6 that turned into rioting.

Parler, the social media app touted for its emphasis on free speech, was deplatformed after being accused of allowing violent rhetoric to flourish ahead of the chaos at the Capitol.

The revelation came during congressional testimony about the Jan. 6 rioting that Democrats blame on former President Donald Trump.

Democratic Rep. Carolyn B. Maloney (N.Y.) played a video for the House Oversight Committee about the events of Jan. 6 that included the alarming number of times Parler contacted the FBI.

“The threats, I would say, were everywhere,” Maloney said. “The system was blinking red.”

Wray was questioned by Maloney about the reports from Parler, and he said that he didn’t know anything about them, according to the New York Times.

“I do not recall hearing about this particular email,” Wray responded. “I’m not aware of Parler ever trying to contact my office.”

“That response took far too long,” said Maloney. “This is a shocking failure.”

Parler had complained in a letter in March that they had been unfairly maligned for not doing enough to prevent the violence at the Capitol. The letter outlined some of the instances of violent plots that the social media company had forwarded to the FBI, including many related to the Jan. 6 pro-Trump rally.

Trump has denied any responsibility for the rioting but has continued to claim that the election was stolen from him.

Here’s more about Parler and the FBI:

Texas House Democrat calls for ‘federal intervention’ as political stunt begins to collapse
The Urgency of Ending <em>Roe v. Wade</em>
Offspring drummer says band booted him for not getting COVID-19 vaccine — even though he says he has a medical exemption
Cuomo Accuser Who Blamed Media for Emboldening Him Speaks Out
DC Democratic mayor caught partying without face mask after enacting new mask mandate