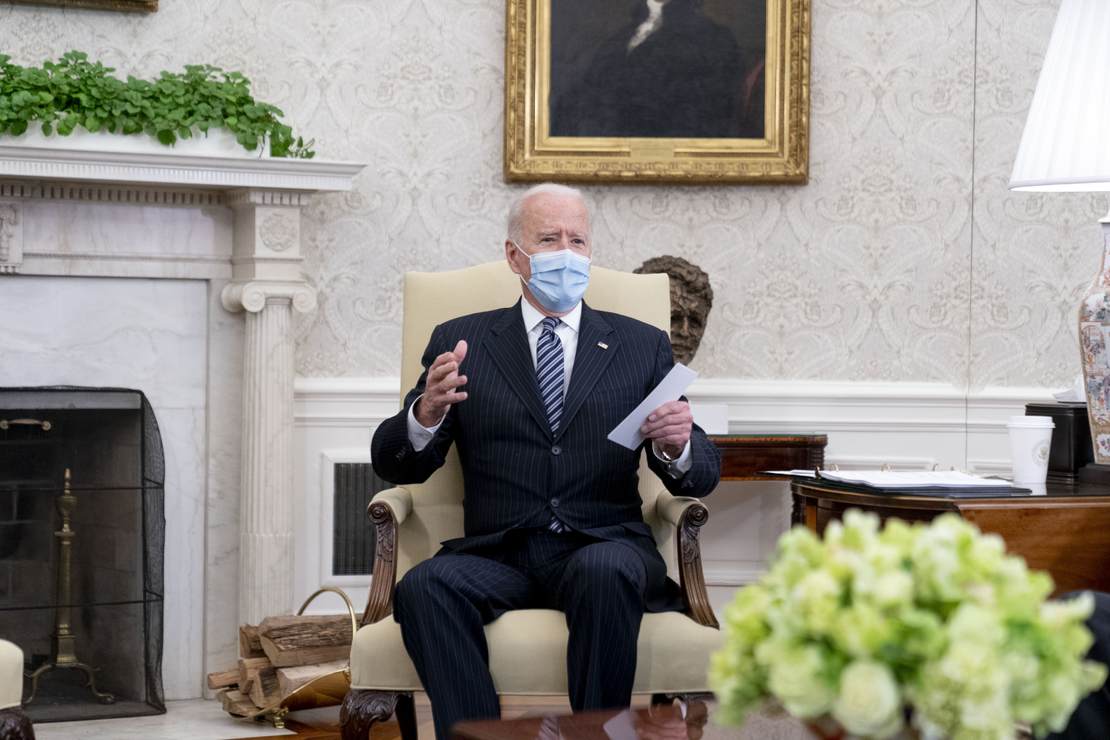 Senate Minority Whip John Thune (R-S.D.) surmised Monday that if a bipartisan package comes to fruition, the only remaining ways for Democrats to pay for a second bill on social spending programs are tax increases — too toxic to pursue. Democrats can pass a spending bill with only Democratic votes, but they need all 50 of their members to be on board.

“It’ll be awful hard to get those moderate Democrats to be for that,” Thune said. “The stars are kind of lining up for an infrastructure bill. And if you do do something bipartisan on that, then I think doing something partisan on reconciliation — in some ways, with certain Democrats — it gets a lot harder.”

Indeed, the closer the Democrats’ agenda gets to reality, the more pushback they are getting from the more moderate members of their caucus.

What’s at stake is perhaps trillions of dollars in spending sought by Democrats to provide paid family leave, raise taxes on corporations and act on climate change. Those policies are more likely to fall by the wayside because, though there’s bipartisan hope for physical infrastructure, Democrats’ more progressive priorities have no chance of attracting GOP support.

With the Senate so closely divided, and Democrats needing all 50 members of their caucus to support some of the more radical proposals, it doesn’t appear likely that a second “soft” infrastructure bill would even be possible.

Progressives for weeks have urged Democrats to move swiftly and ditch Republicans in the hopes of getting the most ambitious package possible. A spokesperson for Senate Budget Committee Chair Bernie Sanders (I-Vt.) confirmed he’d oppose a bipartisan package, increasing the number of Republicans needed to sign on. But as of now, it’s not clear that Biden’s party has the votes to proceed along party lines while sidestepping a filibuster through the so-called budget reconciliation process, regardless of what it includes. Democrats said Monday that they will need to have a broader discussion as a caucus about the second package.

If Biden ditches the bipartisan group’s bill, he will likely have no chance to pass any infrastructure bill. Moderate Democrats taking part in the Sinema-Romney talks have indicated that they would have a hard time with reconciliation being used to ram through any bill.

Biden is an old-fashioned politician who is probably going to be willing to take the half-loaf offered by the “hard” infrastructure bill and take his chances of being able to pass the rest if Democrats are able to increase their majorities in 2022.

Republicans right now can not only stall out most of the radical proposals in the president’s bill, but they can also blow up the rest of his agenda, as well. It looks like McConnell’s strategy of targeted obstruction may work after all.

Israel to provide third COVID-19 vaccine dose to older citizens
DOJ Sues Texas over Executive Order Restricting Transportation of Migrants
BRANDED like cattle: In one California city, “fully vaccinated” people now have to wear a visible sticker if they decide to avoid wearing a mask
Republican Jake Ellzey Beats Trump-Backed Candidate in Texas House Runoff
Man, 36, who hid in girl’s bedroom closet for more than a month and sexually abused her when parents left, gets 15 years in prison