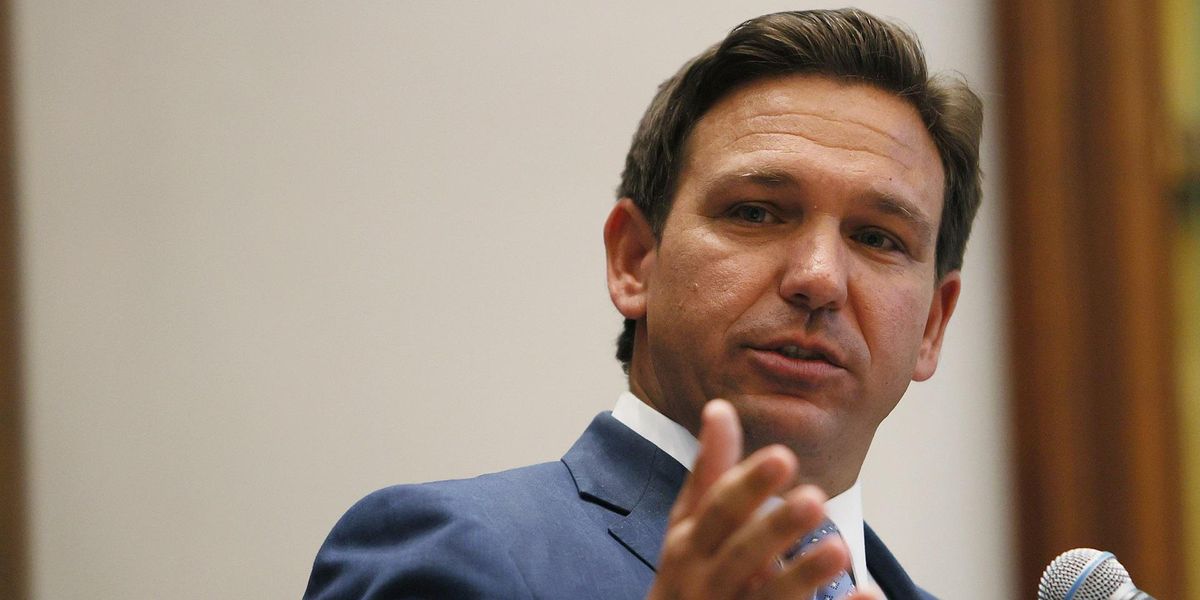 Florida Gov. Ron DeSantis (R) announced Wednesday that law enforcement agencies from across his state are stepping up and will deploy officers to Texas and Arizona, answering the border states’ calls for assistance as they struggle with a bombardment of illegal immigrants crossing into the U.S. from Mexico.

Last week, Texas Gov. Greg Abbott (R) and Arizona Gov. Doug Ducey (R) sent a joint letter to their fellow governors calling for “manpower” to assist in arresting migrants illegally crossing into the U.S. under the Emergency Management Assistance Compact, which allows them to “call in reinforcements” from other states during crisis.

Ducey has declared an emergency in Arizona over the border surge, while Abbott has declared a disaster and vowed to begin building Texas’ own border wall. Both governors have deployed national guard troops to their southern borders, and both have pleaded for the Biden administration to take action.

“America’s border security crisis impacts every state and every American,” DeSantis said in a statement. “The Biden Administration ended policies implemented by President Trump that were curbing illegal immigration, securing our border, and keeping Americans safe. Governors Abbott and Ducey recently sent out a call for help to every state in the nation, needing additional law enforcement manpower and other resources to aid with border security. I’m proud to announce today that the state of Florida is answering the call. Florida has your back.”

The Florida governor held a news conference along with state Attorney General Ashley Moody (R) and several sheriffs from throughout Florida to discuss the plan.

WPTV-TV reported that “in making his case for why the issue is one that impacts the safety of all Florida residents, DeSantis referenced a May incident in Martin County in which an 82-year-old woman was “raped by a criminal illegal alien.”

“I mean, how disgusting?” DeSantis said of the case during the presser. “This guy had been arrested. (U.S. Immigration and Customs Enforcement) had never — was not willing to take him and remove him — and so he ends up committing a dastardly act against an elderly resident in Martin County.”

The South Florida Sun Sentinel reported that DeSantis reiterated, “We believe securing the Southern border is important for our country. Where the federal government has failed, the states are stepping up.”