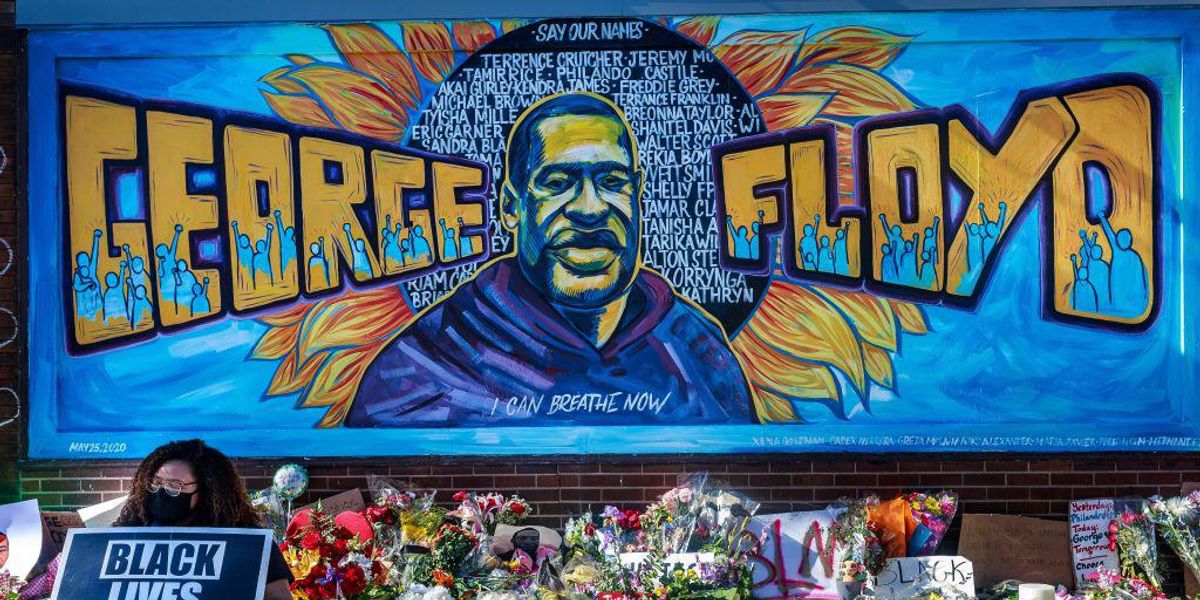 A massive bronze statue of George Floyd was unveiled in New Jersey on Wednesday afternoon. The 700-pound statue will remain on display at Newark’s City Hall for at least a year.

“The artwork was donated to the city and will be on display for at least a year in collaboration with the Division of Arts and Cultural Affairs,” WPIX-TV reported.

Newark Mayor Ras Baraka (D) unveiled the statue along with artist Stanley Watts, who sculpted the statue, and filmmaker Leon Pickney, who commissioned the statue.

“George Floyd represents a lot more than himself at this juncture in history,” Baraka said during the unveiling ceremony. “Hopefully when people walk by it and they see it…hopefully it inspires them to become active in the struggles that are happening right here in Newark and right here in New Jersey.”

Floyd died on May 25, 2020, after a white Minneapolis police officer knelt on his neck for nearly 10 minutes. His death sparked nationwide protests calling for societal and criminal justice reforms.

Baraka hoped that the George Floyd statue would become a permanent fixture in Newark.

“He probably could have taken this anywhere, but we are grateful that he chose to display it in Newark for as long as we possibly can have it,” the mayor said. “Maybe it will find a permanent home somewhere or maybe it will be here, who knows, but we are happy to have it for the time we have it here.”

“Mr. Floyd’s death elevated the Black Lives Matter movement, which has resulted in an international response, including protests, police reform measures and the removal of Confederate statues from public parks and racist names from organizations,” city officials said in a statement.

Pickney said, “The statue was to cause them to remember why they marched during such a horrific pandemic and I didn’t want them to go back to a status quo.”

Watts explained why he selected this posture of George Floyd, “The world needed a peaceful George.”

“The world needed him relaxed and chilling on a bench and that’s what we produced and we produced him larger than life, because after death, George will be remembered,” he continued. “That’s what memorials are. To remember and never forget why we changed today and tomorrow and for the rest of our existence on this planet.”

Last year, Newark removed a statue of Christopher Columbus from Washington Park that was donated to the city as a gift from the Italian-American community in 1927.

“In keeping with the movement to remove symbols of oppression and white supremacy, we have decided to remove the statue,” Mayor Baraka said in June 2020. “We took it down with city work crews in a safe and orderly manner, to avoid the potential danger of people taking it upon themselves to topple it.”

“The removal of this statue should not be perceived as an insult to the Italian American community,” Baraka continued. “It is a statement against the barbarism, enslavement and oppression that this explorer represents.”

The Columbus statue will be replaced with a new monument honoring famed abolitionist Harriet Tubman.

“This monument will reflect how Newark honors one of our great pioneers and warriors, and therefore it should in turn reflect the views of our residents,” Baraka said.

Newark will also rename Washington Park to “Tubman Square” in 2022, when the new monument is expected to be installed. Washington Park was known as the areas of “North Common” or “Upper Green” until 1795, when the town voted to turn it into a park and change its name to honor the first president of the United States, George Washington.

Now Large Groups of Vaccinated People Are Deemed Too Risky
Why Is Andrew Cuomo Still Governor of New York?
Dr. Mercola serves legal notice to New York Times, demands disinfo rag stop publishing blatant lies to smear him
CNN host pushes back on CDC director’s call for vaccinated people to mask up: ‘Why the hell do I have to pay the price for this?’
Blacks, Gun Control, and the Second Amendment