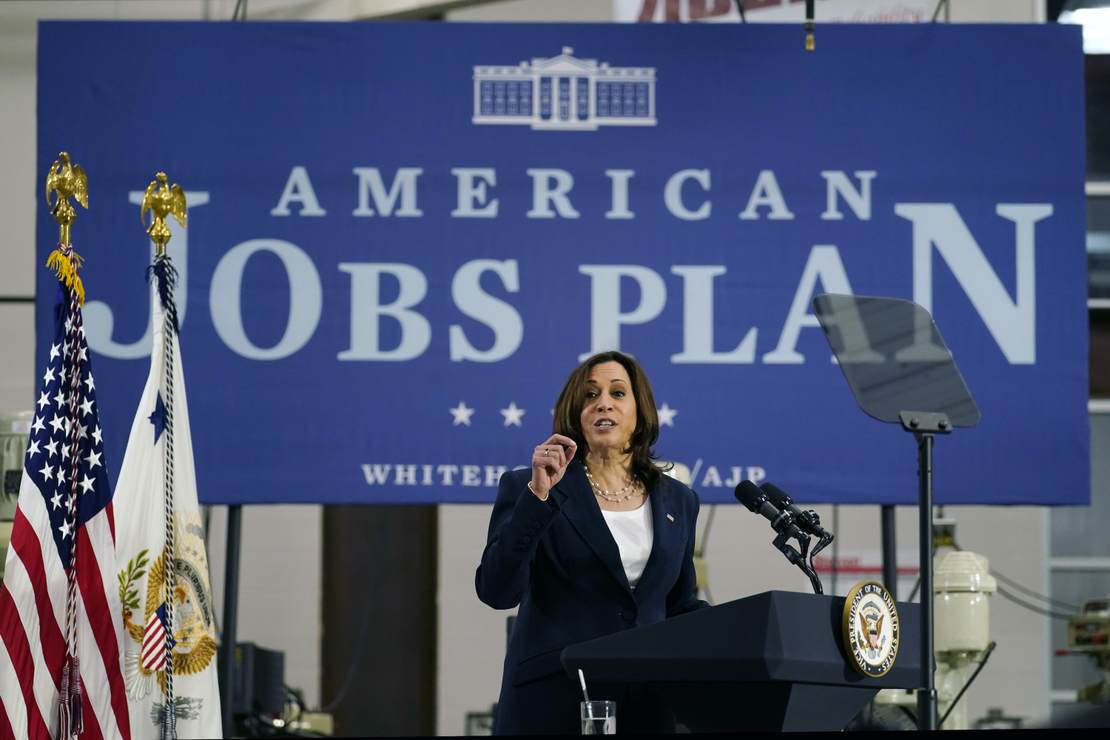 Joe Biden’s $2.3 trillion infrastructure, the “American Jobs Plan,” has been touted by the White House as a job-creating engine that will boost the economy into post-COVID overdrive.

There’s a problem with calling it the “American Jobs Plan.” It would actually cost the American economy about 100,000 jobs, according to the Tax Foundation.

Hundreds of billions of dollars would be spent on non-infrastructure items like climate change, child care, “income equality” schemes and other programs totally unrelated to infrastructure. And yet, the big problem for the American Jobs Plan is in raising corporate tax rates.

The Tax Foundation looked at both job creation in the spending programs and job loss through higher taxes. To no one’s surprise, they don’t balance out.

This finding is all the more damning since the Tax Foundation analysis relies on conventional assumptions about multipliers. Per the Congressional Budget Office, that most inside-Washington of inside-Washington economic establishments, the report assumes a 5 percent return for the Jobs Plan’s public investments, and a long-run increase in GDP of about 0.3 percent as a result of boosted infrastructure spending. If you build it, the economy will grow—or at least that is what this report assumes.

If you tax it, on the other hand, the results are rather different. And that’s where the problems begin. According to the Tax Foundation report, the “positive economic effect is entirely offset by the increase in corporate taxation, resulting in less corporate investment which reduces GDP by 0.5 percent in the long run, reduces wages by 0.5 percent, and eliminates 101,000 full-time equivalent jobs. Gross national product (GNP), a measure of American incomes, falls by 0.3 percent in the long run—somewhat smaller than the drop in GDP—as the combination of permanent tax increases and temporary spending would in the long run reduce the deficit and payments to foreign owners of the federal debt.” Ah.

The White House sorta, kinda forgot that raising taxes will cost jobs. That’s convenient when you’re trying to sell a multi-trillion plan to Congress but hardly the point when it comes to real economic growth.

That’s the big takeaway from a recent analysis by the center-right Tax Foundation, which found that the “the combined effects of the tax changes and spending would reduce U.S. gross domestic product (GDP) in the long run by 0.5 percent and result in 101,000 fewer U.S. jobs.” So: A smaller economy and fewer domestic jobs. Take that, China!

But how else can we even partially fund all those green initiatives? Or pay for everyone’s child care? Or pay off Democratic voting blocs?

We’re not going to fund it anyway so why bother? Just have the Fed wave its magic wand and — like always — pull the cash from up their sleeves.

Biden’s Jobs Plan has many follies. It tries to do too much, at too great an expense, and it attempts to offset much of the total cost via a hike in the corporate tax rate that is counter to the plan’s stated goals. Indeed, Republicans—and, more recently, some moderate Democrats—have been working up counter proposals that are funded heavily by repurposing unspent funds from the trillions in COVID relief proposals. Biden, however, has rejected plans to rely mostly on unspent funds, because they didn’t include enough “new spending.”

It will take years to spend some of those unspent pandemic relief funds. Some of the funds authorized in April of 2020 during the Trump administration are still unspent to this day.

So “new spending” is a relative term. If the agencies can’t spend the money that’s been allocated for them, why not give it back to the Treasury to be repurposed where it will do some good?

If you think that makes sense, I’m sorry. You’re not thinking like a Democrat.

NFL quarterback opposed to getting COVID-19 vaccine says he finally got the shot after league ‘forced my hand’
Why Is Andrew Cuomo Still Governor of New York?
Looking Back at My 5 Years at PJ Media
Morning Joe Absurdity: The Latest DeSantis COVID Stance Is ‘Socialism’
Netflix poised to require forced COVID-19 vaccines on all US productions: Report