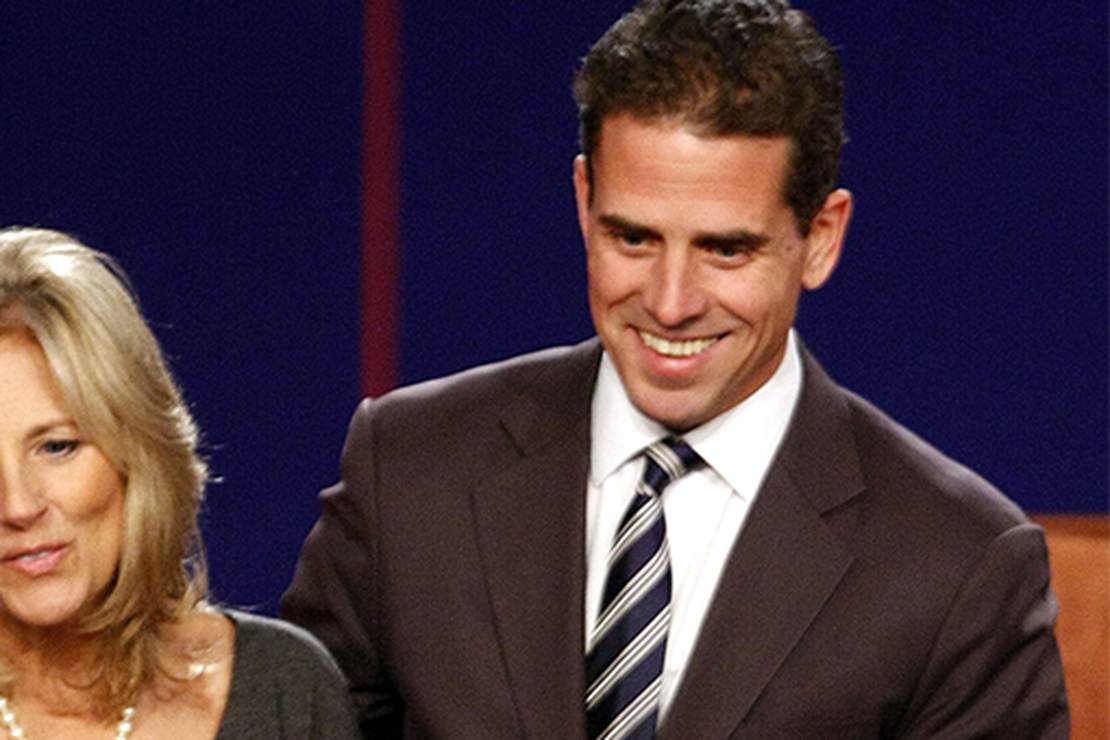 Hunter Biden’s laptop that the legacy media pretends doesn’t exist reveals that President Joe Biden’s son is a loathsome and sick human, but certainly not the only repugnant one in the family, as newly revealed texts with his cousin show.

The Post Millennial reports that Biden used an anti-Asian slur in his texts with his cousin on top of using anti-black slurs in previously leaked texts.

This made me think of #StopAsianHate. After all #HunterSaysNigger and it’s okay with #BlackLivesMatter @TheDemocrats and the left. https://t.co/uCe2D1CVmC @CNN @DonLemon @MSNBC

And it gets worse. The Post Millennial reports Biden consulted with his cousin Caroline for dating hook-ups after his tryst with his brother’s wife, Hallie, ended.

Referring to Asians with the offensive term “yellow” in a 2019 text exchange with his cousin Caroline Biden, the president’s controversial son was trying to get over his lover Hallie—also his brother Beau Biden’s widow, according to the DailyMail.
In the January 2019 texts, Caroline and Hunter were discussing how to set him up with her rich, model friends. “Do you want foreign or domestic. I can’t give you f***ing Asian sorry. I’m not doing it,” Caroline told Hunter.
Hunter replied: “Domesticated foreigner is fine. No yellow.”

You’ll recall that The Daily Mail recently revealed a tranche of texts from Hunter Biden’s laptop computer in which he used the n-word-that-shall-not-be-named. The Mail revealed that Hunter Biden freely used the word in texts with his Chicago-based attorney and said of the white attorney that “I only love you because you’re black.” Biden also apologized to his attorney for sending a sexy photo intended for a friend named Georgia. A brief discussion ensued about Hunter’s tan and the size of his member.

Recommended: The Number of Small Businesses Destroyed by COVID Lockdowns Will ASTOUND You

Obviously, this is a “typical” discussion one has with an attorney.

The Mail noted that the release of the text messages with his attorney was ironic seeing as it came when Joe Biden honored the 100 anniversary of the Tulsa massacre.

In a speech last week on the 100th anniversary of the Tulsa massacre in which a white mob killed an estimated 300 black people in Oklahoma, Joe Biden said he had come to ‘fill the silence’.

‘Some injustices are so heinous, so horrific, so grievous, they cannot be buried, no matter how hard people try,’ he said. ‘Only with truth can come healing.’

Biden pledged to help fight racism in policing following George Floyd’s death, and has even backed studies exploring reparations for slavery and other injustices against African Americans.

The easy lay-up on this story would be to point to how hypocritical the Bidens are for their callous and racist ways. That much is obvious. Joe Biden’s previous racist comments and actions would telegraph that these apples didn’t fall far from the tree.

Related: Dementia Joe Forgets Where He Is Again

And, of course, the Bidens get a pass because they’re Democrat-woke members in good standing.

But there’s something equally disgusting in the latest ooze to pour forth from Hunter Biden’s laptop.

Hunter Biden’s cousin Caroline, who’s 34 and old enough to know better, offered to connect him with her “rich, model” girlfriends in the grittiest of terms. She offered to procure women in their twenties for her cousin, who was pushing 50.

Caroline Biden is Hunter in a skirt. In 2018 she escaped jail time after stealing someone’s credit card and cha-chinging up more than $110,000 of charges. She paid restitution – well, let’s get real here. Her dad, Jim Biden, Joe and Hunter’s business partner, probably paid restitution with all that Chinese and Ukrainian money the family has been hoovering up for years.

The president’s son, then age 49, said he wanted to date 24-year-olds because the young women were “easy to impress.” He wrote that “24 is great. Seriously.” He added that it’s “incredibly easy to impress a 24 year old.”

The family knew Hunter Biden was a drug-addled, sick man-child, with a penchant for knocking up strippers and had, what could be charitably characterized, as an insatiable sexual appetite.

Recommended: ‘Plexiglass Theater’ to Fight COVID Is Being Given the Hook

He wrote a book chronicling his lifestyle and bad decisions, apparently hoping that between that and his straw-blowing art (some of which is “valued” at half a million dollars) it would convince the world that he’s all better and in touch with his feelings now.

But here’s one inescapable conclusion: You don’t procure women for that sick dog.

She’s as disgusting as he is.