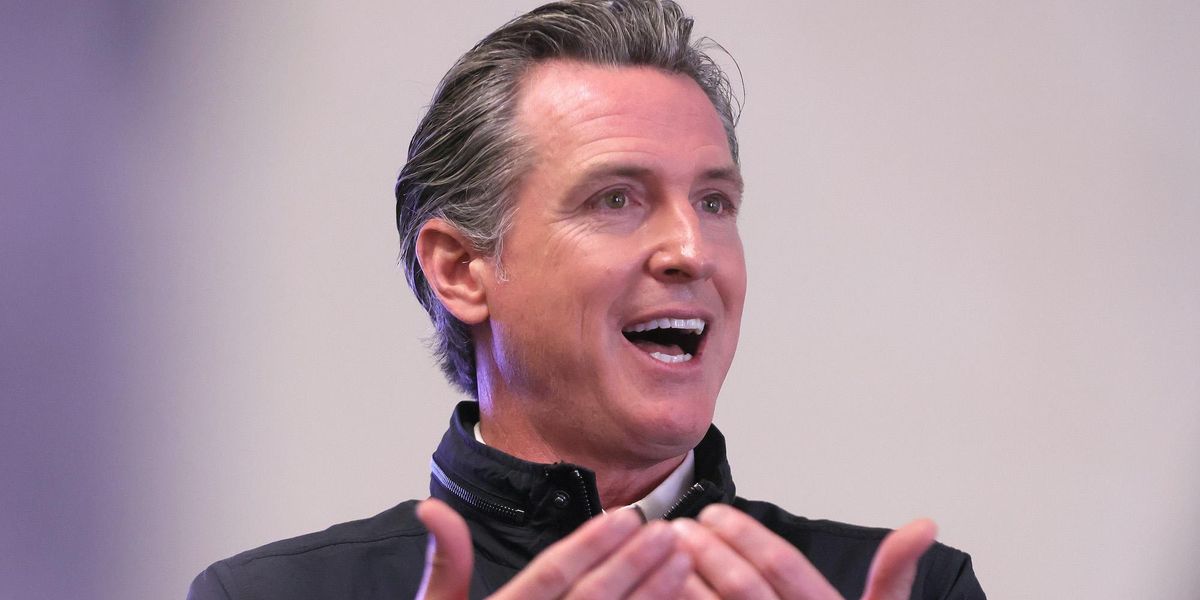 Newsom was on his way to visit the barbershop owned by NFL star Marshawn Lynch and a pizza restaurant when a man reportedly threw a bottle of water at the governor.

A statement from a spokesperson for the California Highway Patrol, which provides security for the governor, offered few details of the altercation.

“This morning, the Governor was approached by an aggressive individual,” said Fran Clader, CHP director of communications. “Members of the Governor’s security detail removed the Governor from the situation and the individual was arrested by CHP officers.”

The governor did not appear to be injured, and he joked to reporters after the altercation that some people have a funny way of saying hello. He was able to continue with his photo op after the incident.

A woman who identified herself as his sister told reporters that he was homeless and suffering from severe mental illness. She added that the allegations were “consistent with his past behavior.”

Chaumette was booked into Santa Rita Jail and charged with resisting an executive officer and assaulting a public official.

Newsom is facing a recall effort that gained momentum during the pandemic shutdown when the governor was captured hypocritically dining at an expensive restaurant while ordering the rest of the state to follow strict social distancing guidelines.

Among those campaigning to unseat Newsom is former Olympic decathlete and transgender activist Caitlyn Jenner, who is running as a Republican.

Here’s more about the homeless crisis in California: