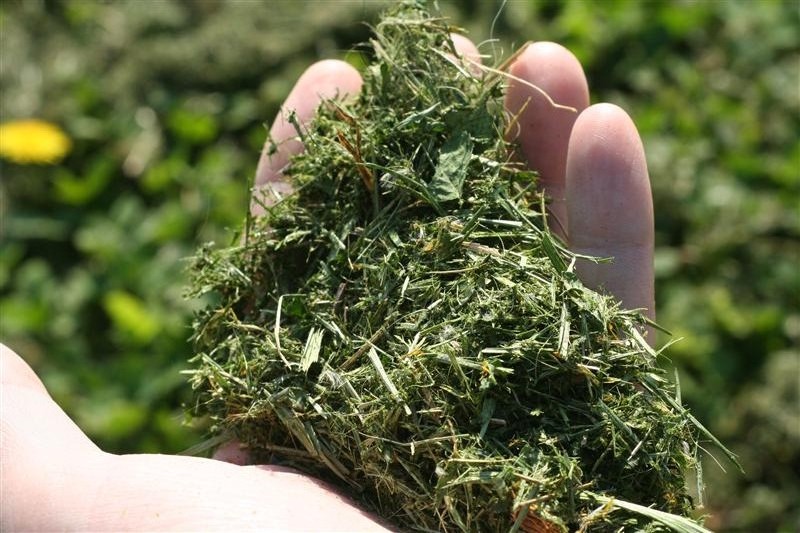 (Natural News)
Summer is almost here, which means millions of Americans are busily planting their gardens for the season. With that typically comes lots of fertilizer, many brands of which contain toxic sewer sludge, also known as “biosludge,” disguised as plant “food.”

The Sierra Club recently conducted a study on garden fertilizer and found that much of it contains PFAS chemicals, which do not biodegrade and persist in soil virtually forever. On top of that, nearly half of all sewage waste generated in the United States is “treated” and dumped back on agricultural crops and dairy land.

While natural fertilizers like chicken manure have long been used to revitalize soil and improve land quality, the use of biosludge is a relatively new phenomenon that is having a detrimental impact on the quality of the food supply.

For its research, the Sierra Club looked at PFAS levels in fertilizers used in the state of Maine, which currently has the strictest standards concerning contamination of agricultural land. The group found that every single product tested contained more PFAS than what is legally allowed.

“PFAS are per- and poly-fluoroalkyl substances, a class of widely used industrial chemicals, that persist for decades in the environment, many of which are toxic to people,” the group reports.

“In most places, industries are currently allowed to flush PFAS-containing waste into wastewater drains that flow to treatment plants. The chemicals are not removed during sewage treatment and instead settle in solid materials that are separated out from liquids in the treatment process.”

Of the nine products tested by the Sierra Club and the Ecology Center of Michigan, all of them contained these “forever chemicals,” despite being branded and marketed as “eco” or “natural.”

“PFAS in fertilizers could cause garden crops to be a source of exposure for home gardeners,” the Sierra Club warns.

Most “fertilizers” are loaded with persistent wastewater treatment chemicals

PFAS stands for per- and poly-fluoroalkyl substances, a class of chemicals that is flushed through wastewater drains into treatment plants. Because PFAS are not removed during the sewage treatment process, they end up settling as solid material that is then filtered out after the fact.

This solid material is then added to “fertilizer” products that end up being spread across farms, pastures and wildlands because it contains nitrogen that helps improve soil productivity.

“Unfortunately, biosolids carry a variety of persistent and toxic chemicals, in addition to PFAS, which can threaten our food supply and contaminate water sources,” the Sierra Club warns.

The following nine fertilizers were purchased by the Sierra Club and tested for PFAS, PFOS (perfluorooctane sulfonate), PFOA (perfluorooctanoic acid), and other associated chemicals:

Eight of these nine products were found to exceed screening limits for both PFOS and PFOA as set by the state of Maine. Of the 33 PFAS compounds analyzed in the products, 24 were detected in at least one product. Each product was found to contain between 14 and 20 detectable PFAS compounds.

Avoid purchasing biosolids-derived fertilizers for use on fruit, vegetables

National surveys of PFAS levels in sludge-biosolids, along with academic studies, have come to similar conclusions. Biosolids-based fertilizers and composts are, generally speaking, highly contaminated with the chemical residues of human waste remediation.

The continued use of these chemicals in wastewater treatment will only worsen the problem over time, which is why the Sierra Club is warning home gardeners not to purchase any biosolids-derived “fertilizers” for use on their fruit and vegetable beds.

While we cannot control the types of fertilizers that are used on commercial crops, we can at least avoid using the wrong ones at home. We can, however, continue to urge our legislators to take action against this contamination scourge.

“Our test results suggest that urgent changes are needed to halt the unnecessary uses of PFAS in commerce and minimize the amounts that are discharged into our wastewater system,” says the Sierra Club.

“EPA Administrator Michael Regan has pledged immediate action to reduce the threats posed by PFAS uses, but the agency’s anemic responses to date, as well as structural barriers created by key environmental laws, make quick action unlikely and hinder even the most common-sense measures to contain the chemical crisis.”

PFAS and other persistent chemicals do not belong in our water supplies, and the EPA has a responsibility to outlaw their use even at wastewater treatment plants. This is especially important in areas where “toilet-to-tap” is recycling “filtered” wastewater back through the tap.

“Agencies must survey the hazard of food production on highly contaminated soils and regulate land application of biosolids with high levels of PFAS and other chemicals,” the Sierra Club concludes.

“Industry must pay for the damages that PFAS production and use poses to people and the environment, including costly cleanups of contaminated places. The most efficient and effective way to protect people from the growing threat of PFAS exposure is to end the use of PFAS, with limited exemptions.”

More related news about toxic biosludge can be found at Biosludge.news.