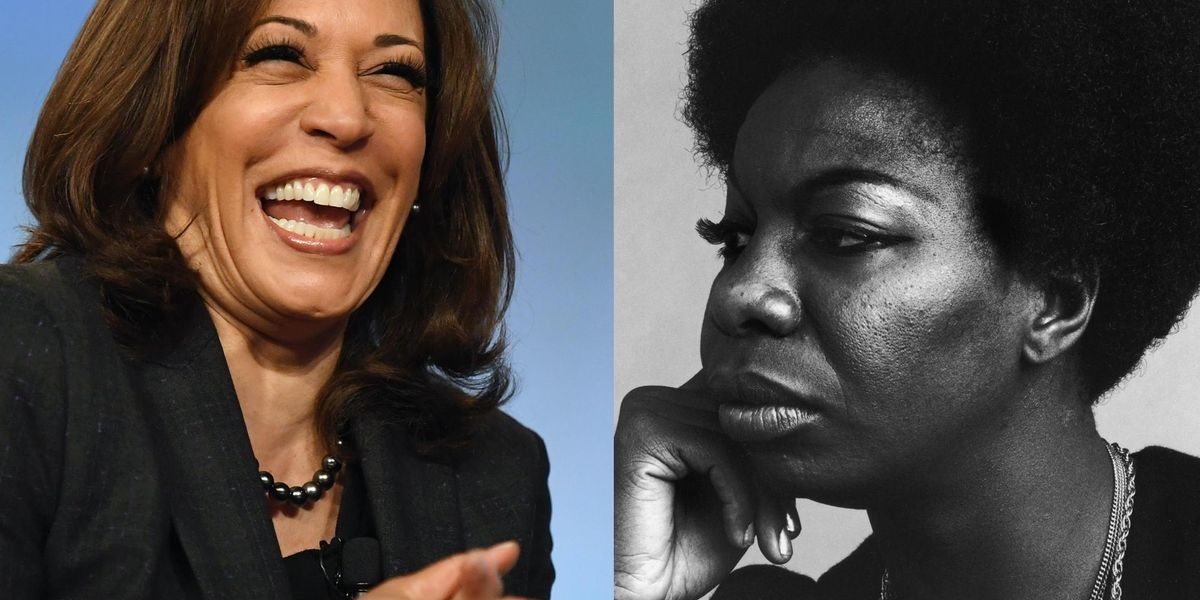 The granddaughter of the legendary singer and activist Nina Simone took to social media to lob some very damaging accusations against Vice President Kamala Harris.

ReAnna Simone Kelly said that Harris “bullied” her mother, Lisa Simone Kelly, into near suicide and left her family bereft of any benefit from the singer’s estate during Harris’ time as California’s state attorney general. Nina Simone died in 2003.

“Nina’s granddaughter here. My family doesn’t run her estate anymore. It was taken away from us & given to white people. Our family name was DRAGGED in the media. We get NO royalties, nothing. Wanna hold someone accountable?Ask Kamala Harris why she came for my family,” Kelly tweeted on Friday.

Nina’s granddaughter here. My family doesn’t run her estate anymore. It was taken away from us & given to white peo… https://t.co/ttkAYfGIYs

Kelly went on to say that Harris bullied her mother about Nina Simone’s estate so badly that she was driven to consider suicide.

“Ask her why she separated my family. Ask her why my grandmothers estate is in SHAMBLES now. Ask her why we as her family no longer own the rights to anything,” she added.

“Ask her why she bullied my mother in court and my mom almost killed herself from the depression,” Kelly tweeted.

Fox News documented the settlement reached over the Nina Simone Charitable Trust in 2016 that fell under the purview of Harris at the time. Harris, as state attorney general, accused Lisa Simone Kelly of wrongfully diverting funds from the trust.

ReAnna Kelly put the blame squarely on Harris and said that her mother had been unfairly maligned.

“Ask her why my mother had a gag order put on her and can not speak on these things. Ask her why she didn’t even want my mom to be able to say she was Nina Simone’s daughter. Ask her why she wanted us to walk away with NOTHING,” Kelly claimed.

She said that the family of the legendary singer was living paycheck to paycheck because of the settlement by Harris, and added she was so destitute she was considering working as a stripper to make ends meet.

“I support her 1,000 percent. I support everything she is saying,” she said in a video. “She’s speaking her truth — she’s speaking the truth of our family.”

ReAnna Kelly concluded by implying that Harris had singer John Legend perform a Nina Simone song at her inauguration in order to jab at the family.

“OH WAIT. While we’re asking Kamala questions, ask her why after all of this pain and suffering she put us through a Nina Simone song was sang at the inauguration to swear her in as VP?!” Kelly tweeted.

“She knew what she was doing,” she concluded.

[embedded content]
Five things to know about Kamala Harris (like that she’s more liberal than 99% of the Senate?!)