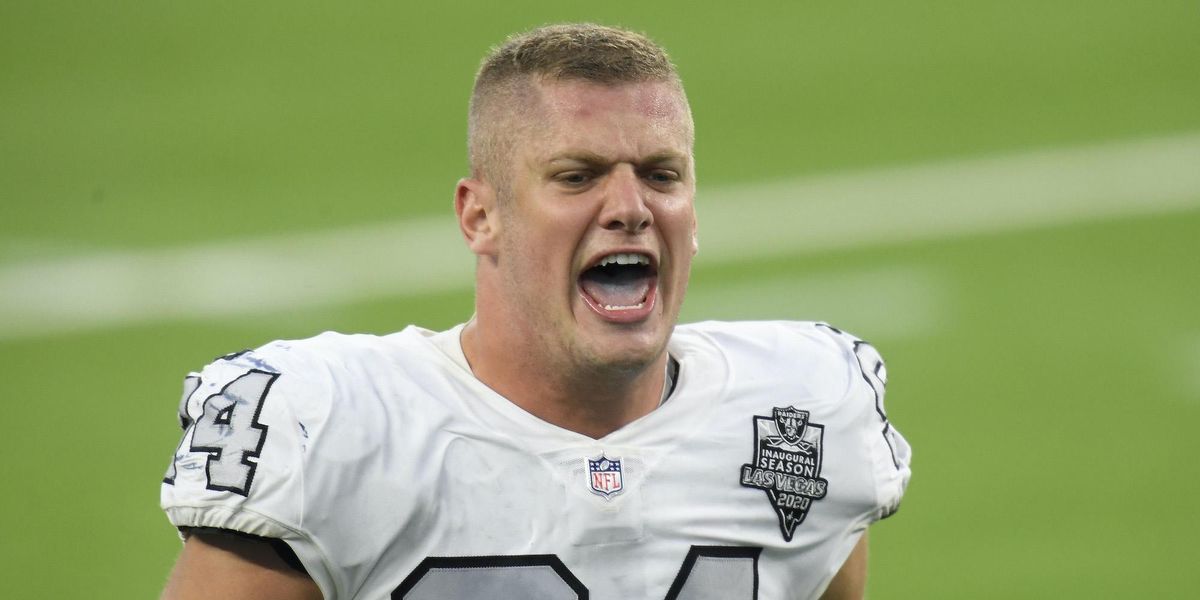 Carl Nassib was praised widely in the mainstream media after he became the first openly gay NFL player active on a team’s roster, but others pounced on rumors that he’s a pro-Trump Republican to denounce him.

Nassib, who plays defensive end for the Las Vegas Raiders, revealed his sexual preference on Monday in an Instagram video.

While many LGBTQ supporters praised Nassib, others took to social media to excoriate him based on unsubstantiated rumors that he was a conservative Republican who supported former President Donald Trump.

I’m proud of and support Carl Nassib for coming out….unless he’s a Trump supporter then that is just problematic.

“I’m proud of and support Carl Nassib for coming out….unless he’s a Trump supporter then that is just problematic,” tweeted one critic.

Nassib was registered to vote as a Republican in two states as late as 2019.

Some cited a photograph with Nassib and his friends, one of whom is wearing a pro-Trump shirt.

“Yep. Carl Nassib is a Trump supporting Republican. Should have surprised no one,” another critic responded.

“Apparently Carl Nassib is a registered republican AND a trump supporter. I don’t care if he’s gay and proud. That administration was evil and he doesn’t get a pass,” said another detractor.

“What Carl Nassib did was great but apparently he is a Republican and huge trump fan which probably does just as much damage to gay people as anything else,” read another tweet.

Others saw racism in the difference between how Nassib was received in comparison to Michael Sam, the first openly gay player to be drafted by an NFL team.

Carl Nassib is proof that the NFL was waiting for a white gay to come out . . . @MichaelSam52 Came out and was blac… https://t.co/Phf3XiBR10

“[Michael Sam] Came out and was black listed from the NFL but Nassib comes out and ole boy is a hero? GTFOH. plus he’s a trump supporter so im not gonna praise or support a white republican,” read one tweet.

Despite some outcry against Nassib, his jersey became one of the top-selling NFL jersey at Fanatics, an official e-commerce partner to the NFL.