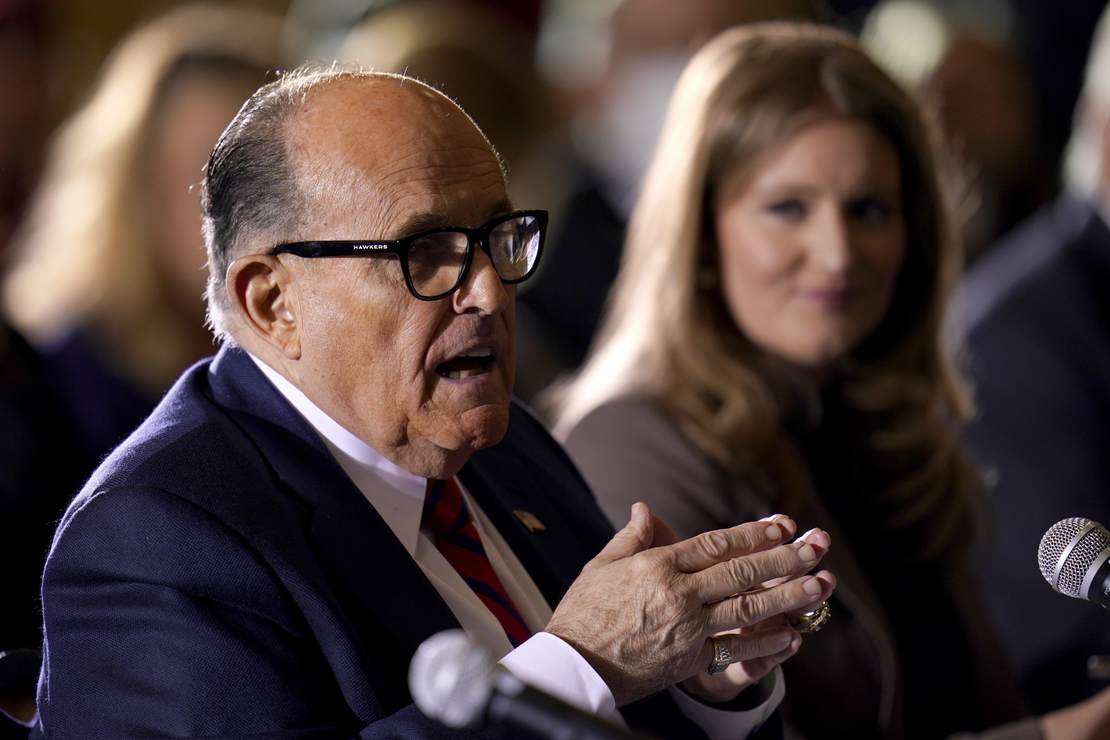 President Trump’s attorney Rudy Giuliani has been suspended from practicing law in the state of New—for the most ridiculous of reasons.

The Supreme Court of the State of New York ruled on Thursday that Giuliani violated rules of professional conduct for supporting Trump’s claims of election fraud in the 2020 presidential election.

“There is uncontroverted evidence that respondent communicated demonstrably false and misleading statements to courts, lawmakers and the public at large in his capacity as lawyer for former President Donald J. Trump and the Trump campaign in connection with Trump‘s failed effort at reelection in 2020,” the 33-page order reads. “These false statements were made to improperly bolster respondent’s narrative that due to widespread voter fraud, victory in the 2020 United States presidential election was stolen from his client.”

“We conclude that [Giuliani’s] conduct immediately threatens the public interest and warrants interim suspension from the practice of law, pending further proceedings before the Attorney Grievance Committee (sometimes AGC or Committee),” the order continued.

Prior to being Trump’s lawyer, Giuliani, a one-time presidential candidate himself, was a prosecutor and mayor of New York City.

Make no mistake about it, this order is absurd. Trump’s legal team uncovered many instances of voter fraud, backed up by sworn affidavits, video evidence, and statistical analysis in the aftermath of the 2020 election. States with significant allegations of fraud included Arizona, Nevada, Georgia, Michigan, Pennsylvania, and Wisconsin.

Forensic audits are underway right now in Maricopa County, Arizona and Fulton County, Georgia. A forensic audit is likely to happen in Pennsylvania as well.

In the past week alone we learned:

So, before we even account for the plethora of affidavits, evidence, statistical anomalies, or even the illegally changed election laws in various states, we’ve had enough revelations in the past week that prove Rudy Giuliani wasn’t “communicat[ing] demonstrably false and misleading statements to courts, lawmakers and the public at large.”

The Supreme Court of the State of New York’s order likely won’t stand, but it proves the incredible efforts of the radical left to silence those who question the results of the 2020 election. With two states conducting forensic audits, and another likely on the way, what message is the Supreme Court of the State of New York try to send? This order likely had less to do with Rudy Giuliani and more as a warning to other lawyers who may take on challenges to the election that may occur, particularly if audits in any of these states uncover result-changing fraud.