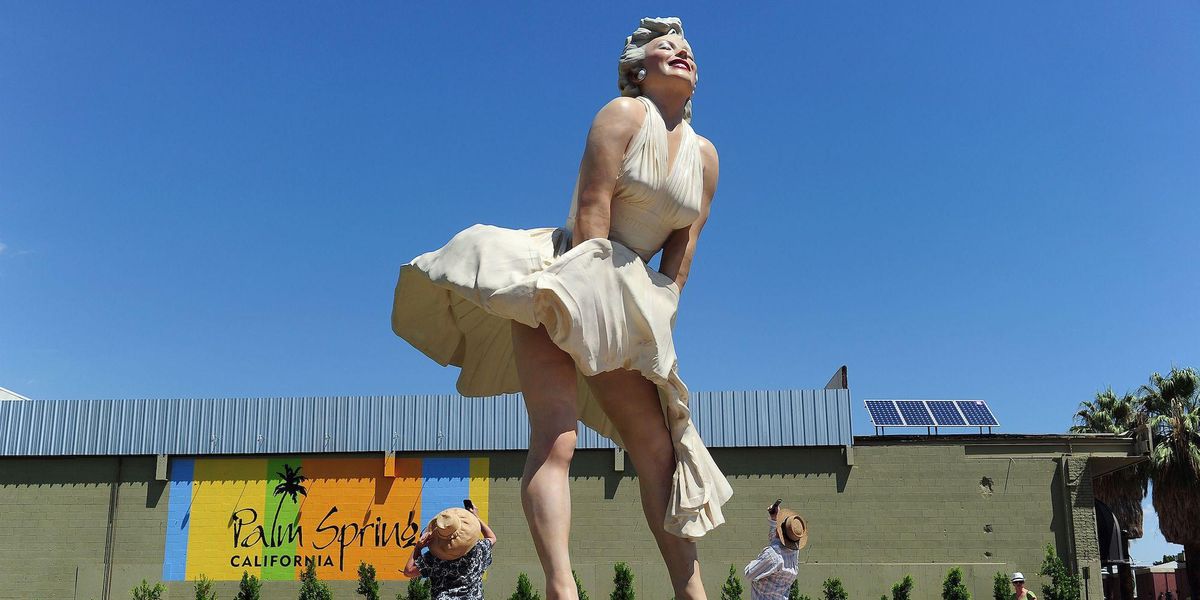 A statue commemorating movie icon Marilyn Monroe is angering many on the left in Palm Springs, California.

“Having this giant, over-sized statue in this town, focusing on that objectification, is disturbing to me,” said political activist Ellen Lockert to the Desert Sun.

The 26-foot-tall statue depicts one of the actresses’ most celebrated and iconic scenes from “The Seven Year Itch” film in 1955. But some say the scene is sexist, and so is the statue.

The statue was created in 2011 by the artist Seward Johnson and has been displayed in numerous cities across the U.S. and Australia. It was housed in a dismantled state in a warehouse in New Jersey before it found its newest home in front of the art museum in Palm Springs.

Others complained that the statue was especially offensive during Pride Month.

Critics of the statue have formed an organization called CReMa, the Committee to Relocate Marilyn, and are suing to move the statue on the basis of the historic designation of the museum.

Here’s more about the controversy over the Palm Springs statue:

CENSORED: Google Admits to Demonetizing Daily Mail Column from Piers Morgan
VIDEO: 10 wounded, including 72-year-old, in ‘brazen’ NYC shooting where gangbangers escape on mopeds in ‘coordinated attack’
Levin: Why do illegal immigrants get a ‘free pass’ on COVID-19, while American citizens are treated ‘like prisoners’?
CDC confesses: Vaccines are failing, the vaxxed can be super-spreaders, demands return to mask mandates for everyone, including the vaxxed
DC mayor confronted after caught breaking her own face mask mandate on same day it took effect