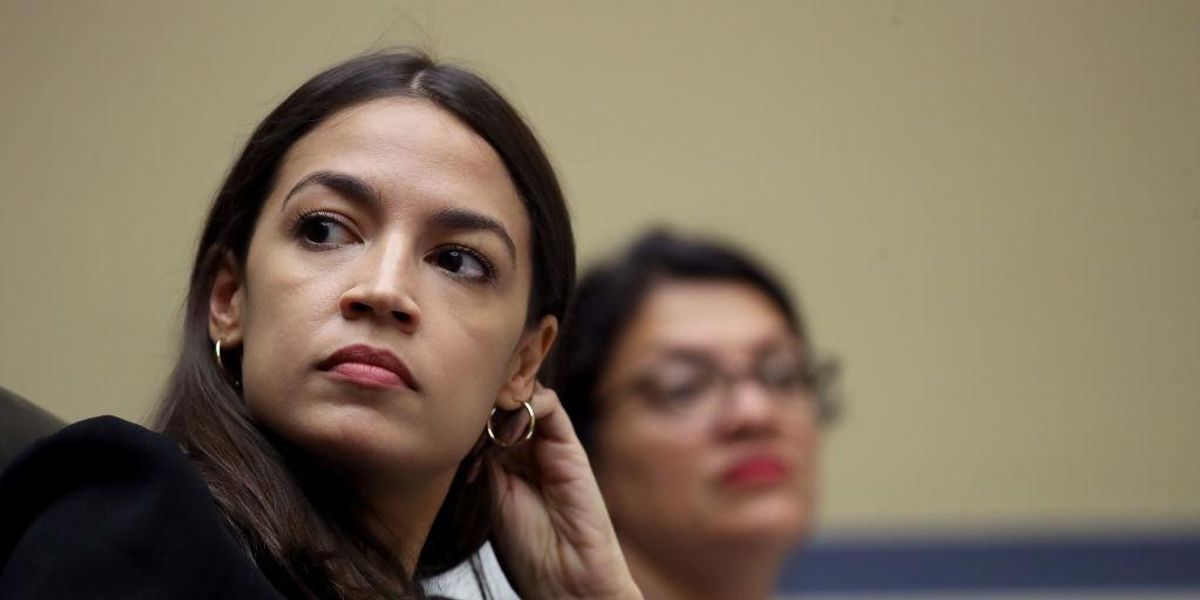 Rep. Alexandria Ocasio-Cortez (D-N.Y.) told Americans who are worried about skyrocketing violent crime rates to calm down, and their concerns about the surging violence is just “hysteria.”

In Ocasio-Cortez’s backyard of New York City, shooting incidents spiked 73% in May compared to the same time in 2020, and in June are up 107% compared to two years ago. The city is experiencing 52% more murders than at this time two years ago. Bias crimes have nearly doubled in the city over the past year. Hate crimes against Asians have increased 335% compared to last May, according to the NYPD.

Despite the months of concrete data that violent crime rates have skyrocketed in New York City, Ocasio-Cortez claims it is all hysteria.

“We are seeing these headlines about percentage increases,” Ocasio-Cortez said, referring to a recent New York Times article about surging crime that stated, “Homicide rates in large cities were up more than 30 percent on average last year, and up another 24 percent for the beginning of this year.”

“Now, I wanna say that any amount of harm is unacceptable and too much,” the far-left congresswoman said.

“But, I also wanna make sure that this hysteria … you know, that this doesn’t drive a hysteria, and that we look at these numbers in context so that we can make responsible decisions about what to allocate … in that context,” Ocasio-Cortez claimed during a video conference.

Independent journalist Glenn Greenwald poked a hole in Ocasio-Cortez’s call for everyone to remain calm, and not panic over violent crime.

“Just last month, @AOC had the power to stop $2 billion in additional funds for Capitol Police that Pelsoi wanted,” Greenwald wrote on Twitter. “All she had to do was vote ‘no’ – like Ilhan Omar, Cori Bush & Aryanna Pressley, with the GOP. Instead, she voted ‘present’ to get more police protection for herself.”

“AOC is mocking ordinary people as ‘hysterical’ who are afraid of violent crime in their neighborhood: people who, unlike her, don’t have reams of private security,” Greenwald pointed out. “Yet she just acted to ensure $2 billion more in spending on the police that protects her.”

Greenwald hinted that Ocasio-Cortez may have been acting “hysterical” when she accused Sen. Ted Cruz (R-Texas) of trying to get her killed.

When Cruz attempted to offer an olive branch on an issue, Ocasio-Cortez lashed out at the GOP senator, “I am happy to work with Republicans on this issue where there’s common ground, but you almost had me murdered 3 weeks ago so you can sit this one out. Happy to work w/ almost any other GOP that aren’t trying to get me killed. In the meantime if you want to help, you can resign.”

Ocasio-Cortez has previously claimed that she went to therapy because of her “extraordinarily traumatizing” experience during the Capitol riot on Jan. 6.

Like AOC, I also really get upset when people are “hysterical” about fears of violent crime:

During the same video conference with far-left Rep. Jamaal Bowman (D-N.Y.), Ocasio-Cortez doubled down and claimed that the media is perpetuating “this idea of crime wave.”

Ocasio-Cortez stated, “I agree with Representative Bowman, that I do believe that we need to reallocate resources away and that a big, you know, major causes of this — and by the way, I also think it’s important context because we hear on the news and media, they perpetuate this idea of crime wave, crime wave, crime wave, right? And so this idea that a lot of us are panicked thinking that we are at some unprecedented level that we’ve never seen before.”

Last summer, Ocasio-Cortez acknowledged there was a crime spike, but claimed it was caused by “people who need to shoplift some bread.” Earlier this month, Ocasio-Cortez hypothesized that if we stop building prisons that it would reduce the number of criminals