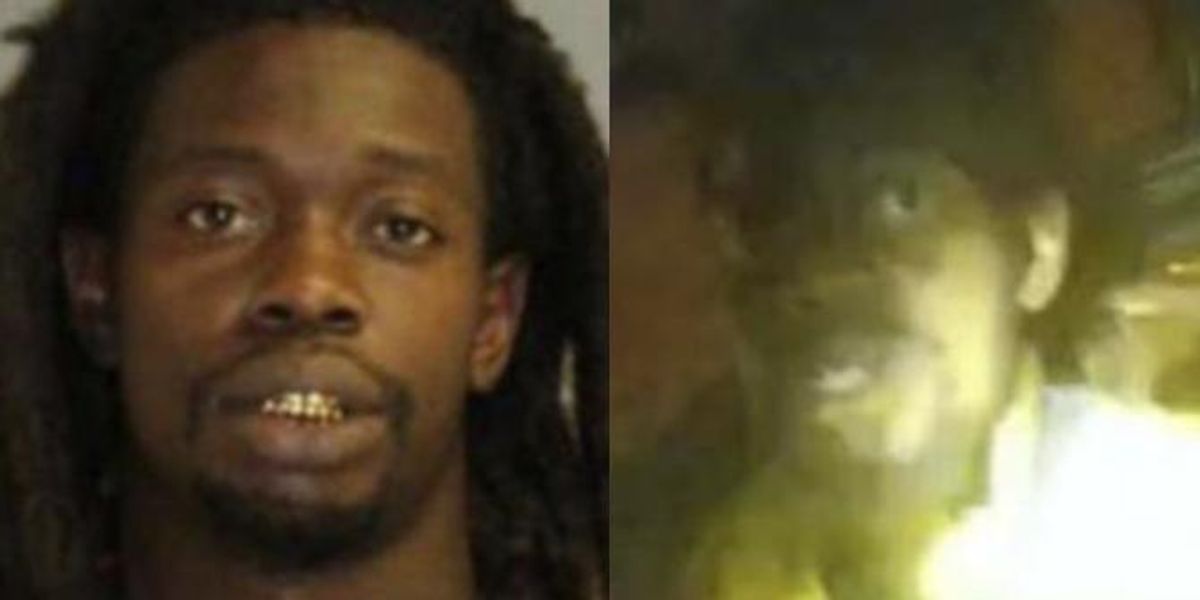 A Florida man accused of shooting a Daytona Beach police officer in the head was apprehended early Saturday morning following a multi-agency manhunt of nearly 500 officers. The suspect was reportedly captured on a wooded property in Georgia affiliated with a black nationalist paramilitary group.

Othal Toreyane Resheen Wallace, 29, was reportedly approached by police officer Jason Raynor on Wednesday night in Daytona Beach. The Daytona Police Department released bodycam footage of the initial confrontation between Wallace and officer Raynor. The officer approaches Wallace, who is sitting in his car, and asks, “How’s it going? Do you live here?” Raynor asks Wallace to sit down, he resists and says, “C’mon now. Don’t do this. Why are you asking me if I live here?”

The bodycam video shows the two men get into a physical altercation. Then a shot is heard and Raynor falls to the ground.

THREAD (1 OF 2): A $100,000 reward is now available for anyone who can help authorities locate the man who shot one… https://t.co/4ByKupFGyk

Raynor, 26, was shot in the head but survived the attack. The officer was taken to Halifax Hospital, where he received emergency surgery.

Wallace fled the scene of the shooting.

The Florida Department of Law Enforcement issued a Blue Alert for Wallace earlier this week. The Volusia County Sheriff’s Office offered a $100,000 reward for information about Wallace’s whereabouts that lead to his arrest. The reward was increased to $200,000 on Friday.

A multi-agency manhunt was initiated to track down Wallace.

Wallace had escaped to Georgia, where he was reportedly found by law enforcement in a treehouse that was fortified with weapons and ammunition, including two rifles, two handguns, multiple flashbangs, rifle plates, body armor, and several boxes of ammo.

During his arrest, Wallace allegedly told authorities, “You guys know who I am. You know what I am capable of. It could’ve been a lot worse.”

Wallace was reportedly located on a 3-acre property outside of Atlanta that is affiliated with a group called the Not F***ng Around Coalition. The NFAC is a black nationalist paramilitary organization.

The NFAC, which is led by hip-hop DJ Grand Master Jay, has a goal of forming a new ethnostate that is “owned, operated by Blacks, funded through reparations to descendants of the trans-Atlantic slave trade,” according to Vice. A report on the NFAC from The Atlantic states, “Eventually, it intends to establish a racially pure country called the United Black Kemetic Nation (‘Kemet,’ Jay explained, ‘is the original name of Egypt, which means ‘land of the Blacks).”

A large arsenal of weapons was discovered at other structures on the property. The U.S. Marshals, FBI, Homeland Security, Georgia State Patrol, and DeKalb County police were all involved in the capture of Wallace. The search warrant was executed at 2:30 a.m., according to officials.

#CAPTURED Orthal Wallace is in custody. Help the #FBI and our partners locate other #wanted subjects. View posters… https://t.co/GDvhRyBz9A

“The investigation as a whole was extremely challenging,” Young said. “The biggest challenge was just keeping everyone emotionally intact. Because officer safety is critical.”

Florida Gov. Ron DeSantis (R) issued a statement on the apprehension of Wallace: “The suspect in the vicious shooting of Police Officer Jason Raynor was apprehended by Georgia police at a black nationalist paramilitary encampment. There is no place for hate in Florida. Our law enforcement will be protected. Justice will be swift.”

The suspect in the vicious shooting of Police Officer Jason Raynor was apprehended by Georgia police at a black nat… https://t.co/4ialWJypfC

Raynor is still in the hospital, where he is showing “positive signs of improvement,” but “he still has a ways to go,” according to Daytona Beach Police Chief Jakari Young.

“We’re just going to continue to pray that he continues to heal. And I have the permission of his mother and sister to let everybody know that, you know, they greatly appreciate the support that they’ve received and they request that we just continue to keep officer Raynor in our prayers,” Young said.

A GoFundMe campaign was started to raise money for the recovery of Raynor, who has been with the Daytona Beach Police Department for three years.