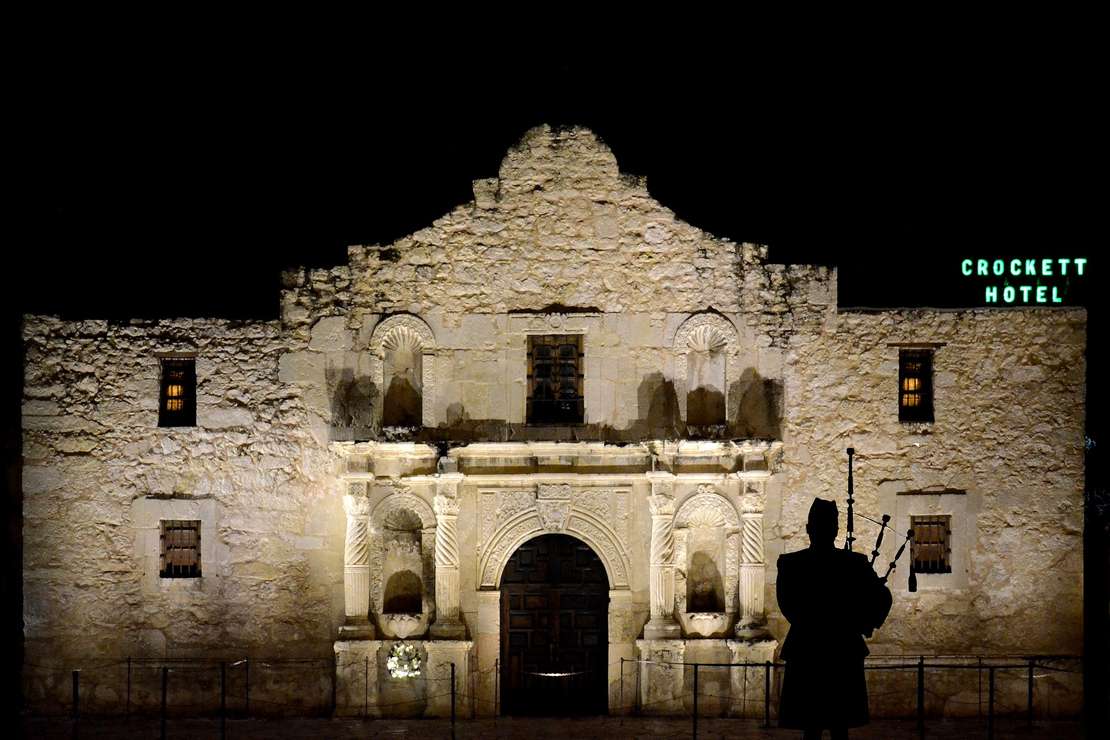 Right up front, I want to let you know I’m not actually advocating for Texas to leave the Union, the breakup of our Republic, or a second American Civil War.

All these things could come in time, however, and that’s why I’m asking you to indulge in a little thought experiment with me.

If you pressed me to name the best big-state governor, I’d have to go with Florida’s Ron DeSantis rather than Texas’ Greg Abbott. Abbot is usually a solid conservative, but his typical stance is to react to events, rather than get out in front of them. DeSantis, on the other hand, has gotten out in front of almost everything in the last 16 months. Even better, he’s the only state-level pol I can think of who shares Donald Trump’s talent for living rent-free inside progressive skulls.

But Florida doesn’t enjoy the same special position Texas does, where state leaders — both Republican and Democrat — have jealously guarded their state’s prerogatives.

Perhaps most important, Texas has tons of room for newcomers — which might prove vital for the rest of us should the rest of the country finally come to look like the last chapters of Atlas Shrugged.

If any state could make it on its own as an independent country, it’s Texas.

Not that Texas is anywhere close to leaving, mind you.

Before writing this column, I spoke with the most liberty-loving Texan that I’m friends with — PJ Media’s own Bryan Preston.

Bryan told me he’s “nowhere near the Texas nationalist movement,” but he did add a “yet” to the end of that sentence.

What might push an American patriot like Bryan over the edge and into Texas independence? “Clear and permanent abrogation of the constitution would probably do it,” he told me. For example, “Crushing the 1st and/or 2nd Amendments, some radical action along those lines, which is possible with this administration.”

Like me, Bryan doesn’t “have a lot of concerns about Texas independence.”

Indeed. And, if I had to guess, most of Texas is a much harder target for Communist Chinese espionage than Washington, D.C., or Silicon Valley.

The kicker though was when Bryan told me that “the U.S. would be much weaker without Texas, but it’s not a given to me that Texas would be weaker on its own.”

Texas is far from perfect, as the Left’s war on the history of the Alamo makes plain. But Texans seem to be waking up to the Left’s attempts at erasing our history, of blowing up our institutions, much faster than the rest of the nation.

It was my own thinking along similar lines that provided the inspiration for this little thought experiment.

America is, or at least is supposed to be, that shining city on a hill. But we conservatives failed in our primary mission to conserve our institutions. As has been documented time and again here at PJ Media and by Glenn Reynolds over at Instapundit, we allowed our institutions — educational, governmental, entertainment — to be taken over by a cabal of their enemies.

Or even just civility.

Despite the Left’s best efforts to federalize, nationalize, bureaucratize literally everything, our states in many ways do still serve as 50 laboratories of democracy.

It is my very fondest hope that well-run states like Texas and Florida can show the rest of us the way, without the need for a national divorce or even just a trial separation.

If America has abandoned that hilltop, then maybe it’s time for someone else to stake a claim.

You see, it isn’t just the world that needs a beacon like America once was — it’s America itself now, too.

If the Stars and Stripes don’t fly above that city on a hill, maybe the Lone Star flag should. America these days sure could use a reminder of what America is supposed to be, if we’re ever to be that again.

So when I think about a fantastical notion like Texas leaving the Union, even if only for a little while, it would be as much for our sake as for theirs.

The New Yorker: It’s ‘Not Too Early’ for Democrats to ‘Start Panicking’ About Biden
Democrats now pushing massive $3.5 trillion spending bill by claiming it ‘costs zero dollars’
Greg Gutfeld Beats All Other Late Night Hosts While They Do Hyped Special On Climate Change
UNANSWERED QUESTIONS: Why has there been ZERO video footage of the raids on the US embassy in Afghanistan or interviews with Americans supposedly rescued by the Biden Regime?
Pelosi Appeases the Far Left Again, Delays Budget Vote