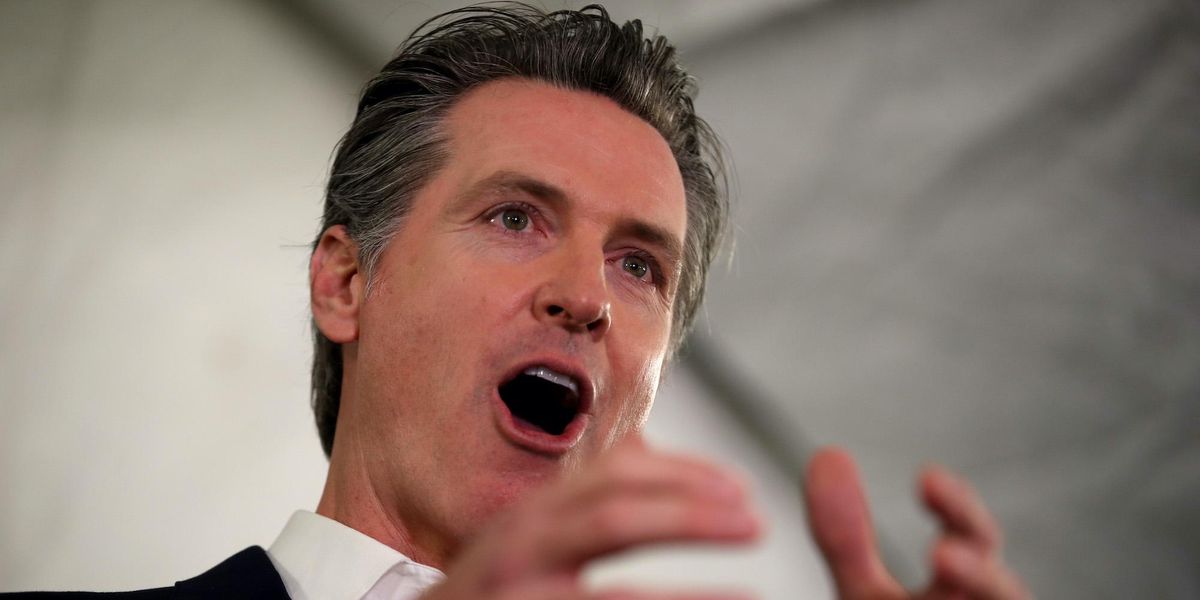 California Gov. Gavin Newsom (D) made an embarrassing error in his paperwork for the upcoming recall election and he’s having to sue the elections chief he installed in order to fix the mistake.

If Newsom’s lawsuit is unsuccessful, he won’t be designated as a Democrat on the ballot.

The recall effort against Newsom gained momentum due to parent frustration with California’s slow reopening of in-person education, and due to an incident when Newsom was caught flouting social distancing guidelines by attending a maskless dinner party at an expensive restaurant in November. Newsom later apologized for the dinner party but the recall effort was able to garner enough petition signatures to force a special election.

On Monday the governor filed a lawsuit against Secretary of State Shirley Weber in Sacramento Superior Court for the right to have “Democratic party” next to his name on the recall election ballot.

Newsom had nominated Weber to the office in December after naming her predecessor to the U.S. Senate.

Not only did Newsom fail to meet the deadline to declare his political party designation, but the bill that implemented that deadline was one that Newsom himself signed into law in 2019, and one that was unanimously supported by Democrats.

The lawsuit from the governor argues that it was unfair to ask him to declare his party designation at a time when it was unclear if the recall campaign was going to be successful and qualify for the ballot.

Republicans in California Assembly mocked the governor on Twitter over the mistake.

“Gavin Newsom has failed at basically everything since being governor; he can’t even fill out his campaign paperwork properly,” their account wrote.

Democrats in California were accused of additional election chicanery when they moved to change the date of the recall election and have it sooner than it was scheduled for under the current state law. Democrats said they want it done quickly to move on to other business, but Republicans accused them of trying to shorten the time Newsom’s competitors have to campaign against him.

Here’s more about the recall effort against Newsom: