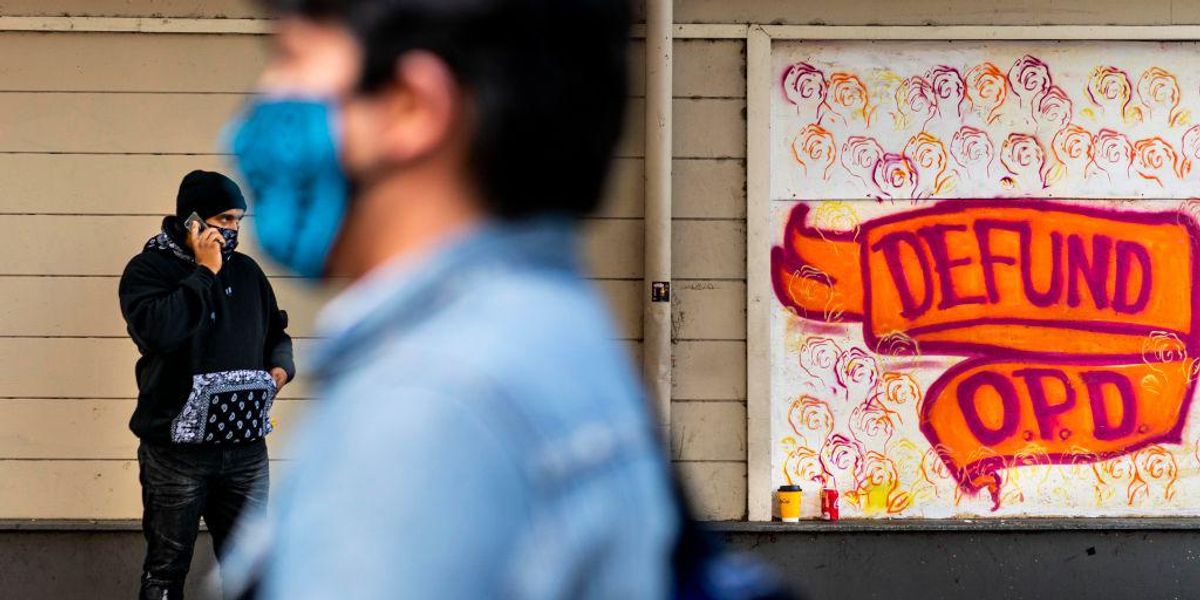 Critics of the defund the police movement in Oakland, California, are highlighting a recent attempted robbery as the perfect example of what inevitably happens when a local government decides to slash its police budget.

On Monday, a local Bay Area news crew, KNTV-TV, was interviewing Oakland’s violence prevention director on the steps of City Hall when a pair of armed robbers approached the group with guns and attempted to steal the camera equipment.

According to the San Francisco Chronicle, a scuffle ensued during the attempted robbery before a security officer brandished a firearm and drove the would-be burglars away.

Only days earlier, Oakland’s City Council voted to reallocate $18 million of police funding to community violence prevention programs. The bulk of that money will now go to the Department of Violence Prevention, a group that reportedly aims to counter violence in the city by sending out “civilian violence interrupters and life coaches.”

A spokesperson for KNTV-TV later confirmed the incident to the Chronicle.

“Our colleagues were conducting an interview at Oakland City Hall when they were approached by two armed individuals,” said Liza Catalan, a spokeswoman for the station. “Thankfully our colleagues are safe and unharmed.”

The suspects fled without any equipment and no injuries were reported, but given the irony of the situation, news of the incident quickly spread online.

What are people saying?

After the Oakland Police Officers’ Association shared the story on Facebook, several followers derided the city’s defund the police campaign by posting snarky remarks in the comments section. Such comments included:

The chief noted that crime has been surging in Oakland, yet even so, the city council decided that giving fewer resources to police would be an effective solution.

“We see clearly that crime is out of control in the city of Oakland and our response was for less police resources,” Armstrong lamented.