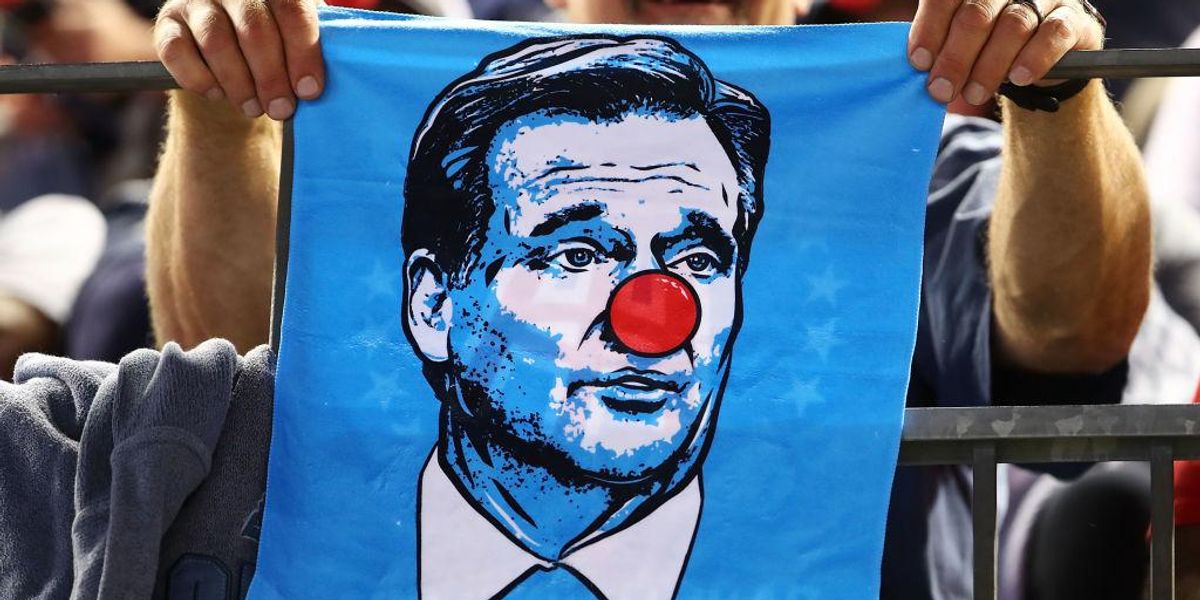 The NFL on Monday joined the rest of corporate America in marketing to LGBT Americans for Pride Month with the release of a new commercial declaring that football is gay, lesbian, queer, transgender, bisexual, and a whole bunch of other things.

The 30-second advertisement begins by stating “football is gay” as drums roll and people cheer in the background.

The ad is titled, “Football is for everyone,” and it is intended to “send a strong message of acceptance from the league to fans and players,” according to Outsports. It is also a direct response to Las Vegas Raiders defensive end Carl Nassib coming out as gay last week, a spokesperson for the league said.

“I am proud of the clear message this spot sends to the NFL’s LGBTQ+ fans: This game is unquestionably for you,” NFL diversity director Sam Rapoport told Outsports. “I will be playing its first line over and over in my head all season.”

In a statement, the NFL touted its partnership with the Trevor Project in creating the ad. The Trevor Project is a nonprofit organization that provides crisis information and suicide prevention services to gay, bisexual, transgender, queer, and questioning youth.

“In the new film ‘Football is for Everyone’ from the NFL in partnership with The Trevor Project and creative agency 72andSunny Los Angeles, the league redefines the game to be inclusive of all different types of fans, coaches and players. The film also features The Trevor Project to highlight life-saving resources for LGTBQ+ youth,” the NFL said.

“This spot is about celebrating Pride, and the importance of inclusion,” NFL chief marketing officer Tim Ellis said. “It’s imperative that we use our voice and leverage the NFL platform to drive positive change, which includes supporting what our players care about and what they stand for.”

“If you love the game, you are welcome here. Football is for all. Football is for everyone,” the NFL said on its official Twitter account. “The NFL stands by the LGBTQ+ community today and every day.”

The NFL stands by the… https://t.co/6euhhMdqir

Last week, the 28-year-old Nassib announced on social media that he is gay, calling attention to higher rates of suicide amongst LGBTQ youth and pledging to donate $100,000 to the Trevor Project.