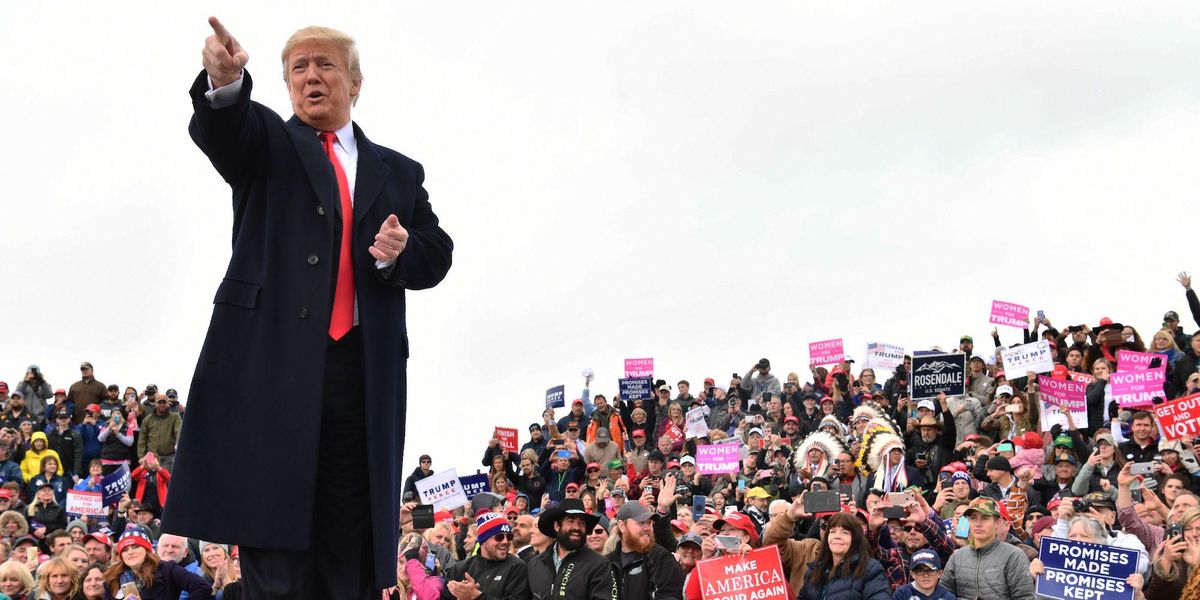 Former President Donald Trump’s rally for the Fourth of July has been cancelled by officials in Mobile, Alabama, over concerns that it would be too politically partisan instead of being simply patriotic.

“After the request was made, then there was contact with the Republican Party, they contacted us and then it became apparent that it was going to be a partisan political event, rather than just a patriotic event planned for that evening,” said Tunnell to WPMI-TV.

The park has been used for political purposes before, most notably when Rick Santorum used it for a rally during his presidential campaign in 2012. Tunnell cited that incident as part of the explanation for denying Trump’s rally.

“Rick Santorum was the, was the straw that broke the camel’s back. And that’s when the commission went to the no partisan politics open to the public,” he explained.

A local Tea Party activist told WPMI that the cancellation raises concerns about freedom of speech.

“I’ll be honest, I feel some people just didn’t want it, not just it but President Trump,” said Pete Riehm. “If people can’t assemble in public places, where can we assemble?”

The former president had his first political rally on Saturday in Wellington, in northeast Ohio, in front of an estimated 20,000 attendees according to Ohio Republican officials. He spoke for 94 minutes and bashed President Joe Biden, especially on the issue of illegal immigration and border security.

“Joe Biden is destroying our nation right before our very own eyes,” said Trump at the rally.

Here’s more about the Trump rally in Ohio:

DHS Secretary: Only 3 Percent of 60,000 Afghan Evacuees in U.S. Have Special Immigrant Visas
DHS secretary reveals Biden admin released vast number of Haitian migrants into US: ‘Could be even higher’
Amputations will return to Afghanistan under Taliban rule: ‘Cutting off of hands is very necessary for security’
‘The View’ co-hosts reportedly ‘pissed’ over their false positive COVID-19 tests — which chaotically derailed ‘important’ show featuring VP Kamala Harris
Psaki Accuses Border Patrol of Using ‘Brutal and Inappropriate’ Methods against Haitian Migrants