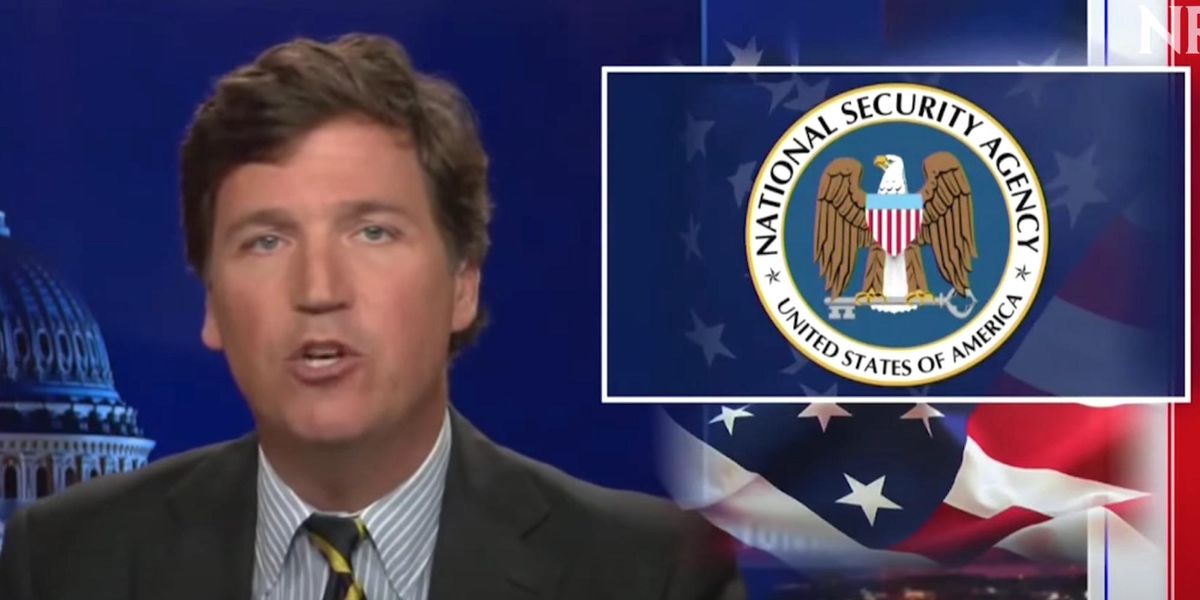 The National Security Agency responded Tuesday to allegations from Fox News host Tucker Carlson that they were surveilling him for the sake of trying to take him off the air.”

“On June 28, 2021, Tucker Carlson alleged that the National Security Agency has been ‘monitoring our electronic communications and is planning to leak them in an attempt to take this show off the air.’ This allegation is untrue. Tucker Carlson has never been an intelligence target of the Agency and the NSA has never had any plans to try to take this program off the air,” read the written statement.

Carlson claimed that a whistleblower notified him about the surveillance and provided details about a show topic that could have only come from someone that had access to Carlson’s emails.

“NSA has a foreign intelligence mission. We target foreign powers to generate insights on foreign activities that could harm the United States,” the statement continued. “With limited exceptions (e.g. an emergency), NSA may not target a US citizen without a court order that explicitly authorizes the targeting.”

Carlson responded to the statement immediately during his show on Tuesday. He called it “infuriatingly dishonest,” and said that it was worded to deceive his audience.

“Now last night on the show, we made a very straightforward claim: NSA read my private emails without my permission. Period. That’s what we said,” Carlson explained.

“Tonight’s statement from the NSA does not deny that. Instead it comes with this non-sequitur, in part, ‘Carlson has never been an intelligence target of the agency.’ OK, glad to know,” he added. “But the question remains, did the Biden administration read my personal emails?!”

Carlson said that when his show directly questioned NSA officials on whether they read his emails, they would not answer the question directly. He said the experience was like “living in China.”

Some noted ironically that the statement from the NSA on Twitter did not allow for replies.

Here’s more about the accusations from Carlson: