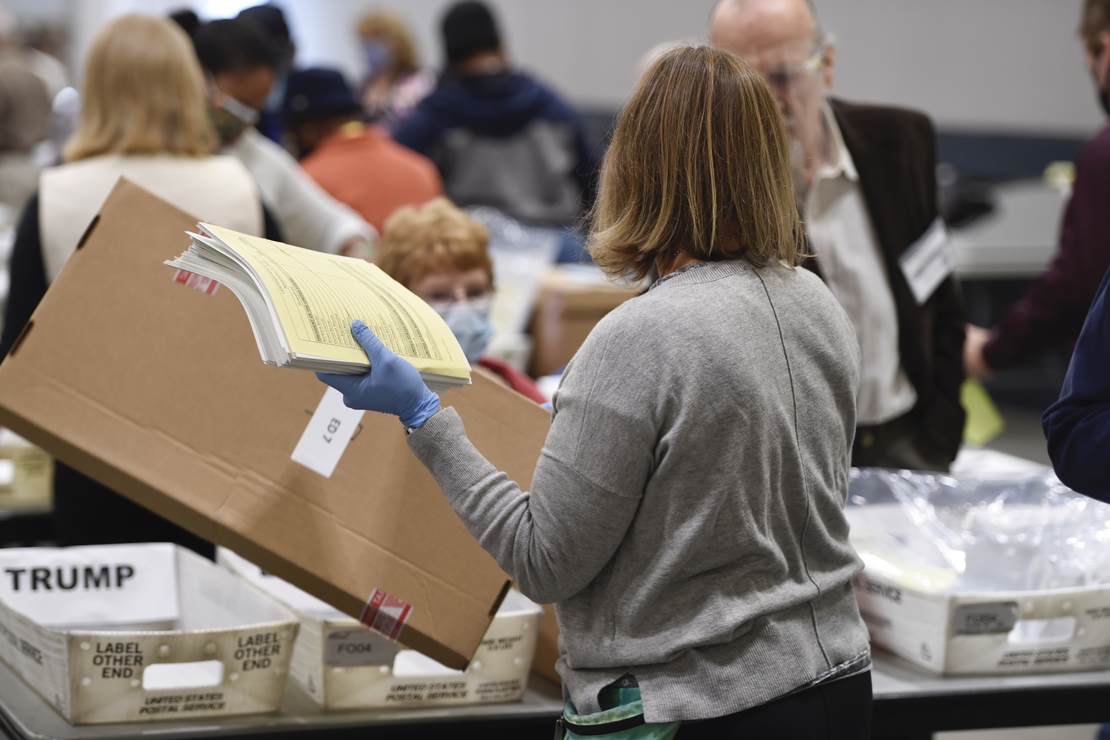 There’s a forensic audit currently underway in Fulton County, Georgia. Apparently, things are so bad that Secretary of State Brad Raffensperger wants the state to take over running their elections.

“I think people are saying, enough is enough,” Raffensperger told Just the News in a podcast interview. The state has the authority to do this under the recently passed Election Integrity Act, or Senate Bill 202.

“With SB 202, habitually failing counties can — actually the state election board can come in and replace the election director and really take over the governance of that,” he explained.

This comes nearly two weeks after it was revealed that Carter Jones, a contractor hired by Georgia’s secretary of state to monitor election counting in Fulton County, had written a 29-page memo back in November “outlining the ‘massive’ election integrity failures and mismanagement that he witnessed in the Atlanta-area’s election centers.” The memo documented “double-counting of votes, insecure storage of ballots, possible violations of voter privacy, the mysterious removal of election materials at a vote collection warehouse, and the suspicious movement of ‘too many’ ballots on Election Day.”

Raffensperger’s office most certainly knew of these issues even when Raffensperger and other Georgia officials were saying unequivocally that the 2020 election in Georgia was above board. However, considering the thousands of ballots potentially impacted by these irregularities, and the fact that Joe Biden’s state-certified victory in the state was by fewer than 12,000 votes, it is certainly plausible that there was results-changing fraud in Georgia. Moreover, invoking  Senate Bill 202 to take over the responsibility of counting votes in Fulton County seems to contradict Raffensperger’s claim that he trusts the election outcome.

“What he said was it’s all this mismanagement,” he claimed. “The upside, positive note was that he did not see illegality or ballot stuffing. But all that mismanagement, dysfunction, what it does, it creates voter distrust, and it really lends itself to conspiracy theories. So it needs to be fixed. It’s our largest county. And you know, people that live in Fulton County, like I do, I’m tired of it. But so is everyone else who lives in the other 158 counties.”

Biden’s state-certified victory was so razor-thin that it is difficult to accept at face value the explanation that the “massive” election integrity failures witnessed by Jones didn’t impact the results of the election.

Why is Raffensperger trying to have it both ways on election integrity? He clearly believes that there are enough problems in Fulton County that the state needs to step in to fix them. Yet he also expects us to trust the results out of the county despite the allegations of fraud and the witnessed irregularities of the election observer? It’s good that he’s stepping in to fix the problems, but why does he only seem interested in making us feel confident in future elections and not the one that took place in November?

On the plus side, Raffensperger said he would vigorously fight the Biden Justice Departments’ lawsuit challenging his state’s election integrity law. “There’s been progressives in the Justice Department for years that have been working on trying to stop election reforms that are common-sense reforms, that make sure that we can objectively identify voters,” he said. “You think about it, we’ve had photo ID for years in Georgia voting, and they said that was going to depress turnout. It didn’t. We’ve had record turnout, record registrations.”

North Dakota farmer arrested in Ukraine, accused of trying to assassinate a gov’t official; his family says he is being railroaded to cover up other crimes
Appeals Court Temporarily Blocks COVID-19 Vaccine Mandate for California Prisons
Tucker Carlson: How Will America Survive Three More Years Of Joe Biden? (VIDEO)
Dave Chappelle refuses to cave to angry students who call him ‘bigot’ for anti-woke comedy; Democrat comes to his defense
Here’s why Kyle Rittenhouse was acquitted, part 2