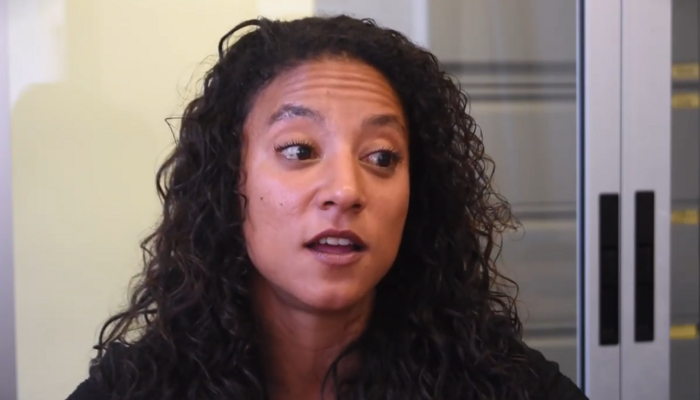 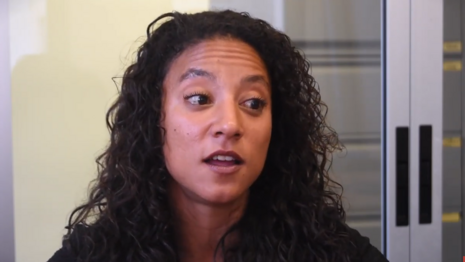 Last August, National Public Radio promoted a book titled In Defense of Looting. On Monday, the NPR Politics Podcast aired a “Book Club” segment where the NPR fans were supposed to read a book together, and this case it was a book titled America on Fire: The Untold History of Police Violence and Black Rebellion Since the 1960s. NPR correspondent Danielle Kurtzleben interviewed the author, Elizabeth Hinton, a radical professor of African-American studies at Yale (and Yale Law School).

The show title was Black Rebellion: Mass Violence And The Civil Rights Movement.

Hinton said she was “super pumped” to join NPR, and Kurtzleben replied “I’m pumped, too. I love doing these episodes. This is so exciting. this book is so excellent.” As you could tell from the title, rioting and looting was going to be romanticized as “rebellion.” (As opposed to horror over the dreadful January 6 riot.) Kurtzleben began:

KURTZLEBEN: You talk about these clashes as rebellions — and quite pointedly, not as riots. It’s a very meaningful choice. It really kind of shapes how the reader perceives these clashes. Tell us more about how you made that choice, about the differentiation to you.

HINTON: So much of why we’ve been stuck in this, you know, in this policy cycle is the response to these incidents of collective violence when they emerged in the mid-1960s and language is really important in understanding the true kind of meaning and motivations behind this form of violence, so that we might be able to respond to it more effectively.

So beginning in Harlem in 1964, after a 15-year-old black high school student was killed by a New York city police officer, and residents took to the streets for several days and you know, attacked police officers, and looted stores and burned buildings, Lyndon Johnson said this violence is linked to crime and delinquency problems in our cities. It’s lawless, it has nothing to do with the civil rights movement, it’s crime…

So Hinton thinks it’s wrong to describe looting, burning buildings, and violence against police as “crime.” Clearly, she thinks violence is an important driver of social change. She’s insulted that the violent rioters aren’t recognized as idealistic advocates for progress:

HINTON:…failing to recognize the socioeconomic causes of the rebellions and the shared set of grievances between protesters within the movement for racial justice at the time, who were fighting for full political and economic inclusion in American society. So like the mainstream civil rights movement, the demands of those who embraced these sets of violent tactics were rooted in a demand to end police violence, of course, protection from white supremacy, decent jobs, expanded educational opportunities, and housing. And instead of recognizing these larger drivers, Johnson and other officials insisted this is criminal, and therefore the only response is more police, which is precisely the things the residents were protesting against.

Her point was that “violent and nonviolent protest were deeply intertwined” as part of the solution. Everyone was looting….for social justice?

Obviously, blacks weren’t fully integrated into American society in 1964, but the whole rationale for this book now is to explain the George Floyd riots of 2020, as if nothing had changed in 56 years. Hinton’s book clearly argues “the optimistic story of a post–Jim Crow United States no longer holds.” (See below.)

“It’s a great book,” gushed Kurtzleben at the end, and thanked NPR legal correspondent Carrie Johnson for recommending it for the book club.

PS: This is the flavor of the book you get at Amazon:

“Not since [communist] Angela Davis’s 2003 book, Are Prisons Obsolete?, has a scholar so persuasively challenged our conventional understanding of the criminal legal system.” ―Ronald S. Sullivan, Jr., Washington Post

From one of our top historians, a groundbreaking story of policing and “riots” that shatters our understanding of the post–civil rights era.

…Even in the aftermath of Donald Trump, many Americans consider the decades since the civil rights movement in the mid-1960s as a story of progress toward greater inclusiveness and equality. Hinton’s sweeping narrative uncovers an altogether different history, taking us on a troubling journey from Detroit in 1967 and Miami in 1980 to Los Angeles in 1992 and beyond to chart the persistence of structural racism and one of its primary consequences, the so-called urban riot. Hinton offers a critical corrective: the word riot was nothing less than a racist trope applied to events that can only be properly understood as rebellions―explosions of collective resistance to an unequal and violent order. As she suggests, if rebellion and the conditions that precipitated it never disappeared, the optimistic story of a post–Jim Crow United States no longer holds.