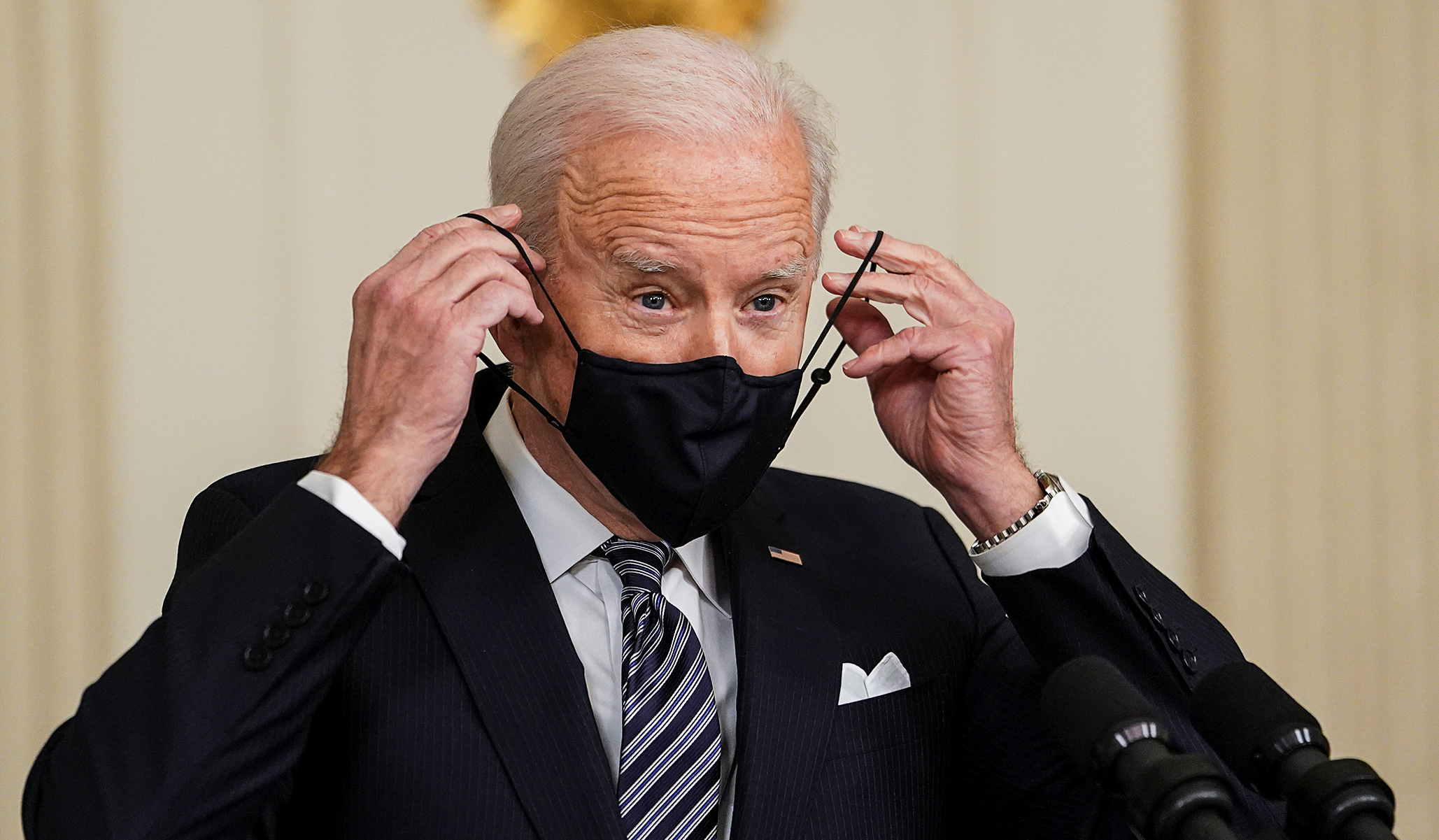 Addressing reporters on Tuesday after visiting the Office of the Director of National Intelligence in Virginia, President Biden said the administration is considering imposing a vaccine mandate for the federal workforce.

Biden made the statement after the CDC released its updated mask guidance Tuesday, recommending that some vaccinated people living in areas of “high” or “substantial” level of transmission resume mask-wearing in indoor settings as a new COVID wave triggered by the delta variant spreads across the country. Bloomberg first reported the news of Biden’s comments.

“That’s under consideration right now, but if you’re not vaccinated you’re not nearly as smart as I thought you were,” Biden said in response to a reporter who asked whether the administration is weighing a federal employee vaccine requirement.

The Department of Veterans Affairs became the first federal agency to require its 115,000 patient-facing employees to receive the COVID vaccine, following an order by Secretary of Veterans Affairs Denis McDonough on Monday. The mandate applied to Title 38 VA healthcare personnel, including doctors, registered nurses, dentists, and others, who have a deadline to get the shot in the next eight weeks, the department specified in a press release.

“We’re mandating vaccines for Title 38 employees because it’s the best way to keep veterans safe, especially as the delta variant spreads across the country,” McDonough said. “Whenever a Veteran or VA employee sets foot in a VA facility, they deserve to know that we have done everything in our power to protect them from COVID-19. With this mandate, we can once again make — and keep — that fundamental promise.”

The highly-infectious Delta variant of the virus has been regarded as the impetus for the CDC’s mask reversal and some municipalities and states’ decisions to require proof of vaccination from staff. California became the first state on Monday to require state employees and health care workers to be inoculated or be forced to submit COVID test results on a weekly basis, California governor Gavin Newsom announced Monday.